The 20-year-old struck twice in Tottenham’s 4-0 victory over Stoke City on Monday evening, which moves his tally to 10 goals and nine assists in 32 appearances this term. 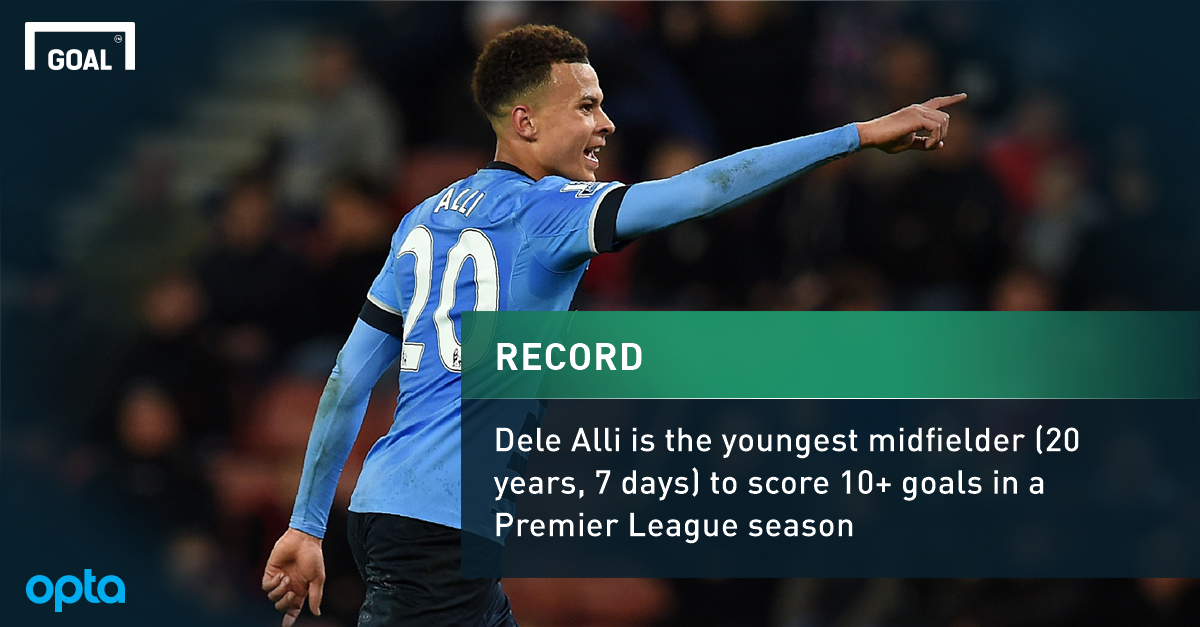 Alli has been one of Spurs’ standout stars since his £5 million arrival from MK Dons last summer.

The victory at the Britannia Stadium on Monday has moved Tottenham to five points behind leaders Leicester City in the Premier League with four games remaining.
Close