The former Argentina captain stated beforehand that revenge was not on his mind ahead of the 1986 World Cup clash with England but he has since admitted that he was lying
During a fiery yet brilliant career on the pitch and a volatile life away from it, Diego Maradona has never been afraid to make a few enemies. The former Barcelona, Napoli and Argentina superstar has fallen out with countless figures in sporting and public life; from Pele to George W Bush, some of the most recognisable personalities on the planet have felt the sting of his uniquely home-spun and vitriolic criticisms over the years.


However, in the lead-up to Argentina's 1986 World Cup quarter-final clash with England, which celebrates its 30th anniversary on Wednesday, the Albiceleste captain remained remained remarkably quiet and quite diplomatic on a topic one would have expected him to be quite vocal on - the Falklands/Malvinas.

Just four years previously, the two nations had gone to war over the islands, which had been taken over by the military dictatorship headed by Leopoldo Galtieri. The conflict lasted two months, leaving 649 Argentine dead and many more severely disabled or wounded, but the repercussions are still felt in the capital Buenos Aires today.

A permanent camp in the city's iconic Plaza de Mayo, home of the presidential palace, is a symbol of the fight for justice and compensation for the young kids conscripted to fight in a hopeless battle, while tempers over the Islands' futures remains a hot topic both sides of the Atlantic. It was this struggle that put Maradona on collision course with the British political elite which culminated at the 1986 World Cup. 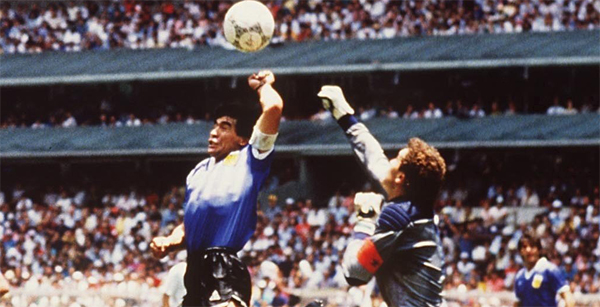 Writing in his autobiography I am El Diego, in 2000, the former No. 10 explained how their quarter-final tie with England was more than a game of football for Argentina; it was a chance to avenge the military defeat four years before. "It was like beating a country, not a football team. Although we said before the game that football had nothing to do with the Malvinas War, we knew that a lot of Argentine kids had died there, that they had mowed us down like little birds," wrote Maradona.


"This was our revenge, it was ... recovering a part of the Malvinas. We all said beforehand that we shouldn't mix the two things but that was a lie. A lie! We didn't think of anything except that, like hell it was going to be just another game!"

While the 1986 victory was hugely symbolic in Buenos Aires, its impact on England was minimal. All the talk in the UK media after the match was of Maradona’s handball for the first goal - a moment he later stated was like "robbing an Englishman's wallet" - and his dazzling skill for the second. The Falklands dimension was a sideshow.

It would have been a different story, however, had the encounter taken place four years earlier at the 1982 World Cup. Maradona was a member of the squad which displayed “Las Malvinas son Argentinas” [The Falklands are Argentine] banners during friendlies in the build-up. The war was already under way when the team left for Spain but there was never any question of the team not taking part. Daniel Passarella, the 1982 captain, later admitted it was the wrong decision. He said: “I should not have played at the 1982 World Cup. A lot of kids died in Malvinas and I, as the captain, should have done something to stop us going on the pitch.”

Indeed, the war touched Argentine football more than many may imagine. The vast majority of Argentine combatants were youngsters who had just finished the dreaded Colimba, obligatory military service. Those who went to the Islands came from the 1962 age group, and included 12 young men who were on the books of professional football teams, according to author Andres Burgo in his book, El Partido, on the quarter-final clash.

"I got out of it because of my low number in the draft, 221," Hector Enrique, a member of that 1986 team, explained on how he missed military service and as a result the conflict. Jorge Burruchaga, meanwhile, was another member of the team from the 1962 class, but his status as a top star for Independiente saved him from combat.

"I had my hair cut again and I had to go back to barracks every day to sign that I was available for the war," Burruchaga recalls. "Do you know how many times I thought I would be going to war?"

"After it finished I kept going to the barracks, and we used to ask after the other conscripts: 'Do you remember so-and-so? He died.' 'And the other guy?' 'Dead too.'" Burgo also speaks with war veteran Oscar Rebasti, who had been at San Lorenzo before being called up. "I believe that Burru, Oscar [Ruggeri], [Carlos] Tapia and Checho [Sergio Batista] played against the English just like I would have, to the death," he said, referring to four of the Argentina squad who could well have gone to the South Atlantic. 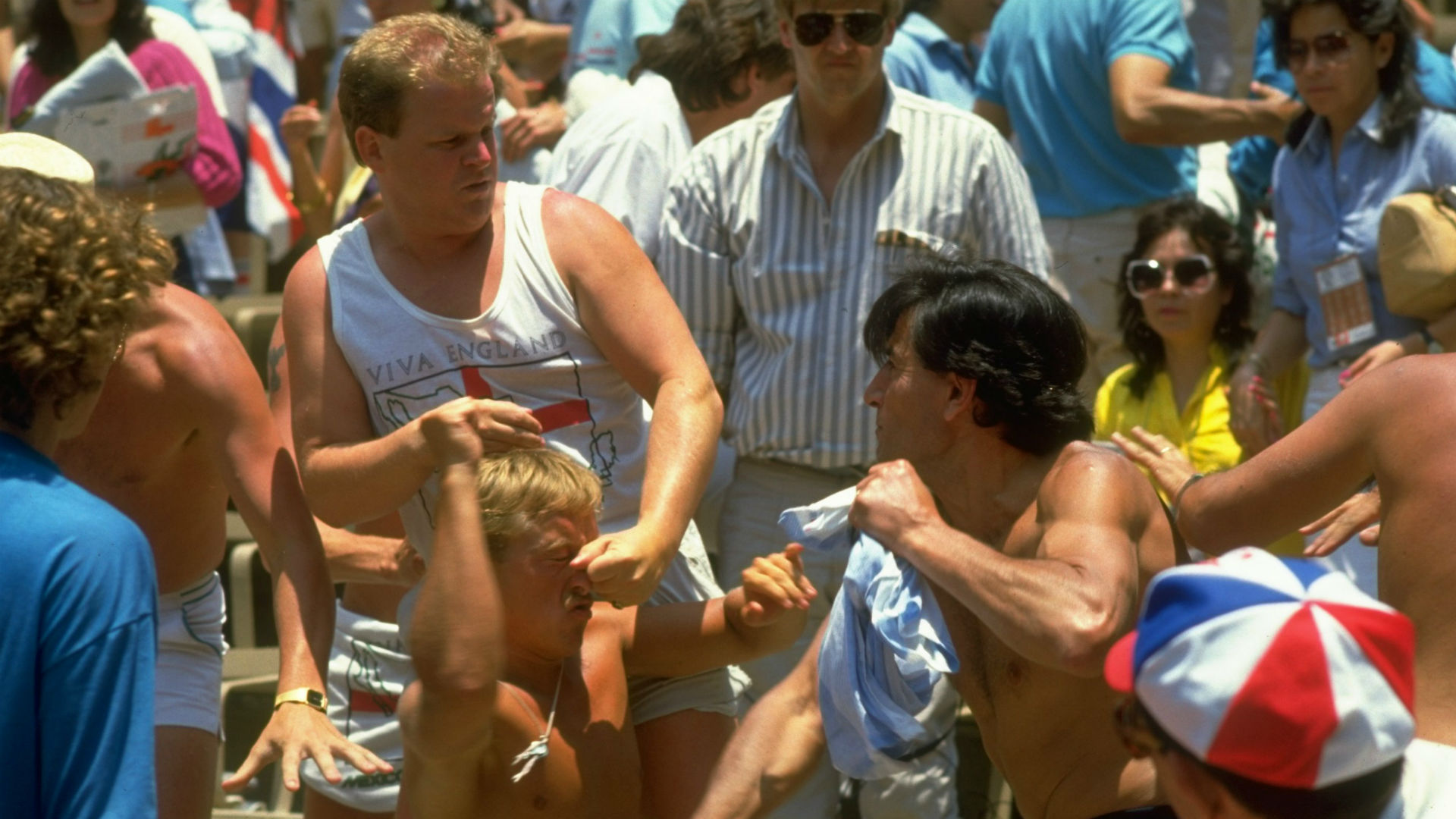 The 1986 World Cup quarter-final was not the second act of a war, nor anything of the sort. Besides the controversy of Maradona's hand the game was played in relative tranquility, certainly with a fraction of the on-pitch violence seen in the Albiceleste's game against Uruguay. Any tension was mainly confined to the stands, where sectors of the English support, much the worse for wear from drink, clashed with hooligans from Boca Juniors and Chacarita Juniors in and around the Estadio Azteca.

But the game did restore pride to a nation deeply bruised by the conflict four years previously, a young democracy recovering from the ravages of the dictatorship. Maradona's Hand of God and his Goal of the Century also brought a long-standing rivalry back into the sporting arena; in 1998 and 2002 it would be football, not politics, that remained the centre of attention.
Close