By Daniel Edwards
Sevilla's Europa League success means La Liga will mark a continental double for the third straight season, and the stats show almost total domination over the last 15 years
Spain are already guaranteed to make another clean sweep of European trophies in 2015-16, but their head-to-head record against the rest of the continent points to an even greater domination across the course of the season.

Sevilla prevailed 3-1 over Liverpool thanks to a sterling second-half performance, sealing in the process a third straight Europa League title for Unai Emery's men.

With Real Madrid and Atletico Madrid ready to lock horns in the Champions League decider on May 28, the two titles will be returning to Iberia also for the third consecutive season.

That fact is no surprise given that in 16 knockout ties this season, Spanish clubs have beaten their rivals no less than 15 occasions. 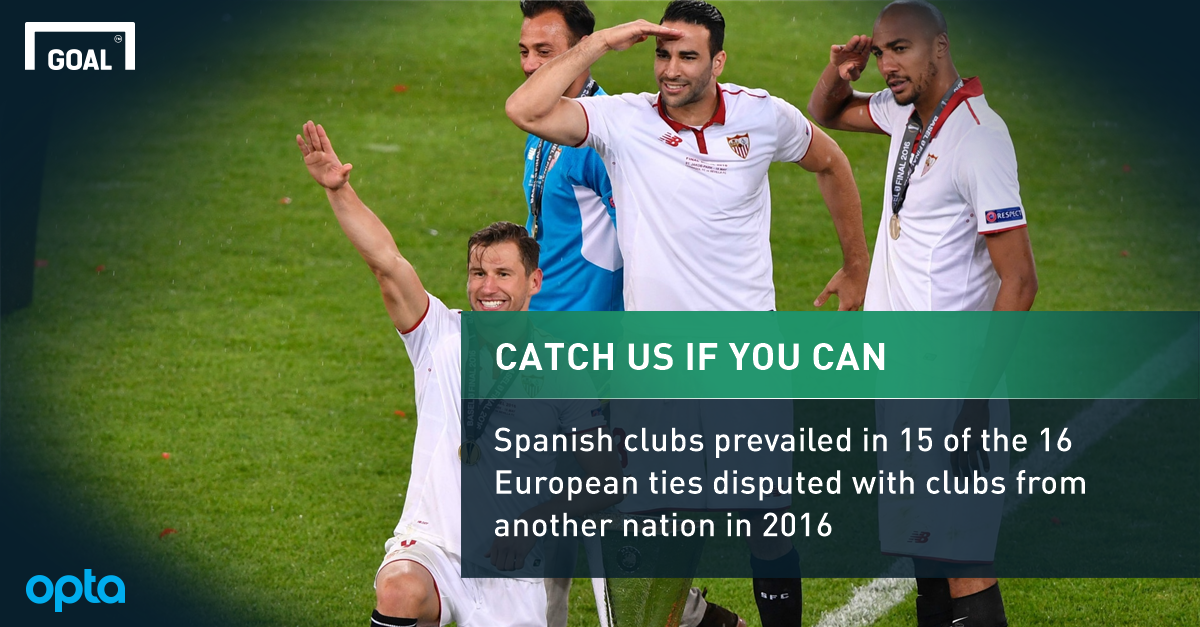 Liverpool are the only team that managed to buck the trend with their 3-1 aggregate victory over Villarreal in the semi-finals, but their luck ran out thanks to Coke's double in Basel.

Roma, Arsenal, PSV, Wolfsburg, Bayern Munich and Manchester City are the teams that fell to Spain's three Champions League contestants from the last 16 onwards, while Barcelona only succumbed to fellow Liga representative Atletico.

Once the final comes around, moreover, it is almost not worth turning up if a Spanish team stands between you and a European trophy. 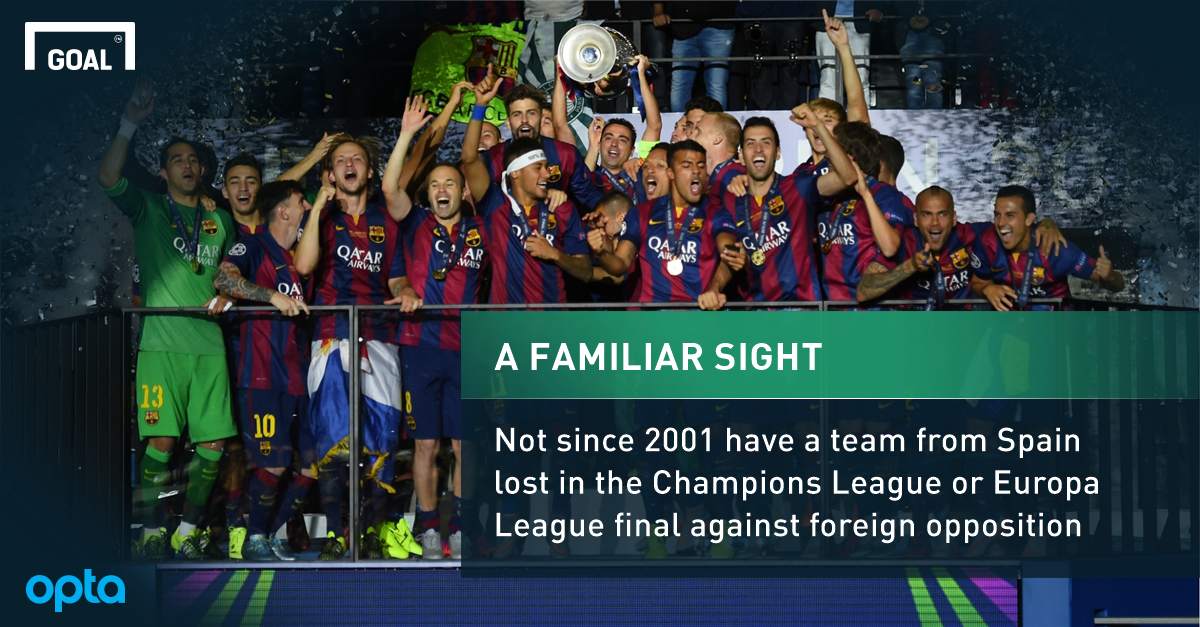 Valencia's loss to Bayern Munich in 2001 was the last time a Liga side lost a Champions League or Europa League decider to a club from another nation, with 13 finals since then finishing in Spain's favour.

Who needs the king of Spain in Basel when Sevilla and their compatriots are without a doubt the kings of Europe?!
Close