The Seleccao has little to offer other than the Real Madrid star in a week which saw Jack Wilshere, Antonio Candreva and Isco shine for their countries
The latest round of Euro 2016 qualifiers drew the European season to a close and there was no shortage of drama and impressive play to send us into the summer.

Croatia and Italy shared the spoils in a stormy 1-1 draw, Spain limped past Belarus, Cristiano Ronaldo was Portugal's saviour once more and Germany recorded a crushing 7-0 win over Gibraltar.

And Goal took in all the action and is here to run the rule over the big teams, with less than a year until France 2016 kicks off. 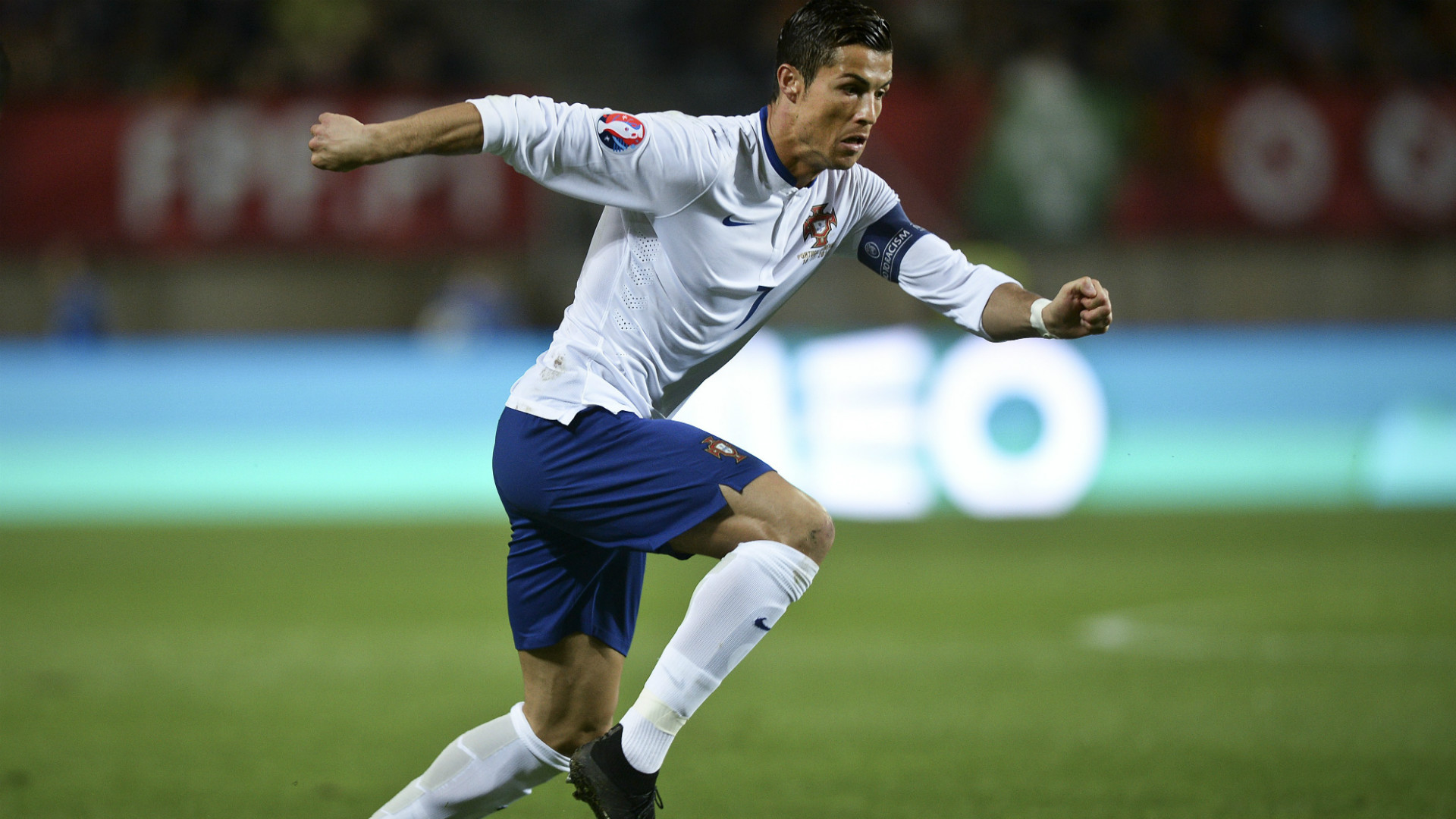 With a 3-2 win over Armenia, Portugal have one foot in the Euro 2016 finals. Their captain is almost entirely responsible.

Cristiano Ronaldo, after a close-season fraught with a lack of trophies, a change in club coach and a close encounter with St Tropez police, was at his indomitable best on Saturday as the Seleccao made their win as difficult as possible. Europe’s leading goalscorer showcased a near full range of his remarkable attacking instincts to score a penalty, an opportunistic toe-poke and a stunning turn and shot from distance to seal a match-winning hat-trick which takes him to five goals in four qualifiers.

While the spotlight was on Ronaldo, all around him was something of a circus. That Ilidio Vale filled in on the touchline for the banned Fernando Santos for the last time should come as a relief. Fabio Coentrao found himself lost on the right of a midfield trio for much of the game, while Joao Moutinho’s role was more concerned with scrapping to win the ball than use it going forward. Nani’s customary performance was bright and frustrating in equal measure, Danny was a passenger, and Rui Patricio handed a goal to Hrayr Mkoyan just when the points seemed safe. Tiago, at least, spared his team-mates another clumsy-half hour when he picked up a nonsense second booking.

Portugal did well to see out the three points with 10 men and are now comfortably top of Group I, but concerns remain ahead of the final three games. Without Miguel Veloso, a player sometimes unfairly maligned for a ponderous approach, they struggle to dictate proceedings even with a full complement. Either side of hosting Denmark, they must travel to Albania, who beat them on matchday one, and a Serbia side who, at some point, must surely begin to perform at a standard befitting some of their stars.

Ronaldo could probably win all three games on his own. Based on Saturday’s showing, he might just have to. 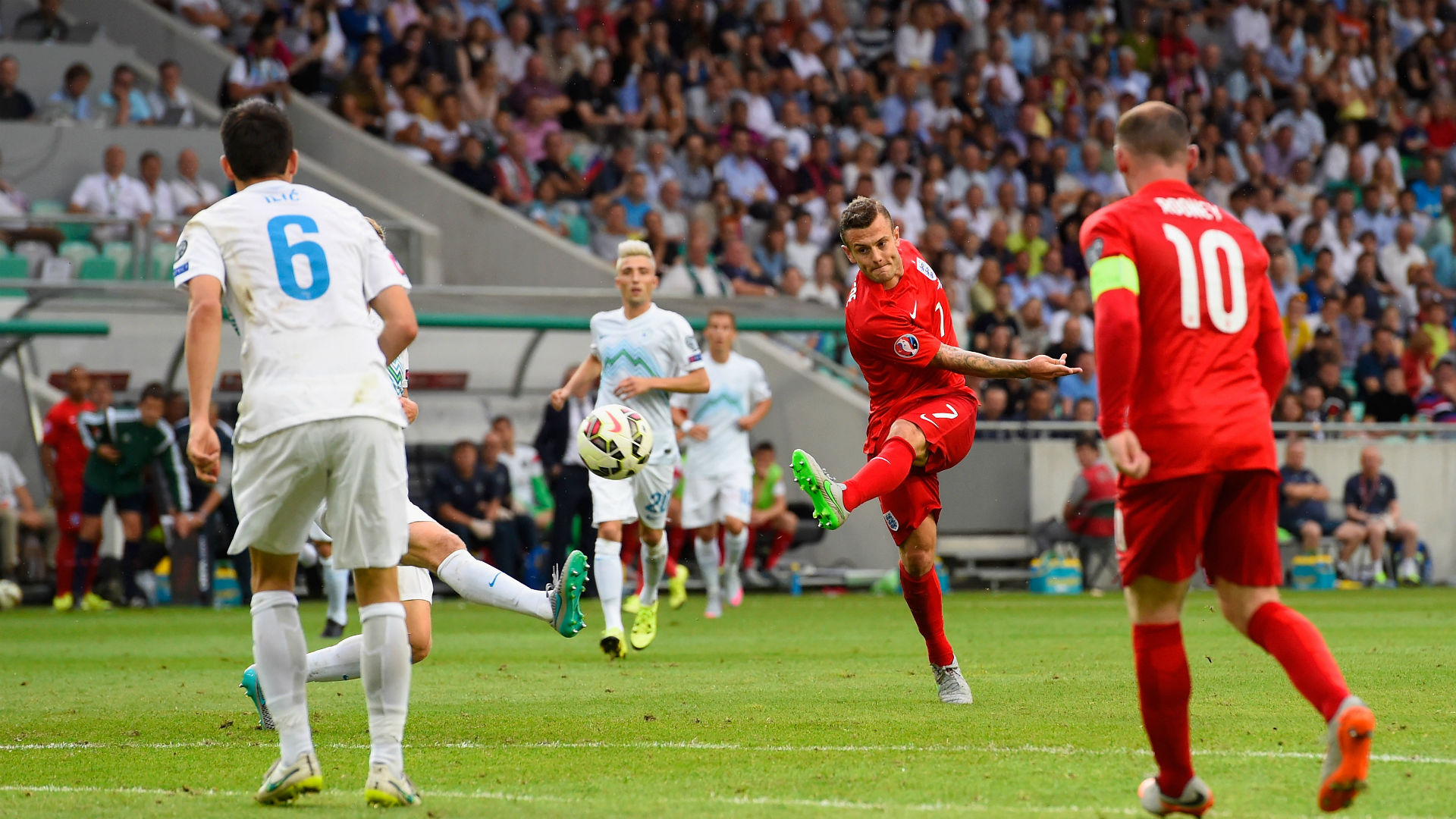 He’s had a season to forget at club level, but Jack Wilshere gave everyone a reminder of his talents with two goals of the highest quality as England beat Slovenia 3-2 in their latest Euro 2016 qualifier.

The 23-year-old ended the campaign on the bench for Arsenal and failed to impress in the Three Lions’ friendly with Republic of Ireland last week.

However, the old cliche that form is temporary and class is permanent rang true as Wilshere scored his first international goals in spectacular fashion by picking out the top left-hand corner twice in the second half.

Both efforts came from the edge of the 18-yard box and highlighted the threat the midfielder can pose in a more advanced position rather than as a holding player. England boss Roy Hodgson and Arsenal manager Arsene Wenger have both been given food for thought. 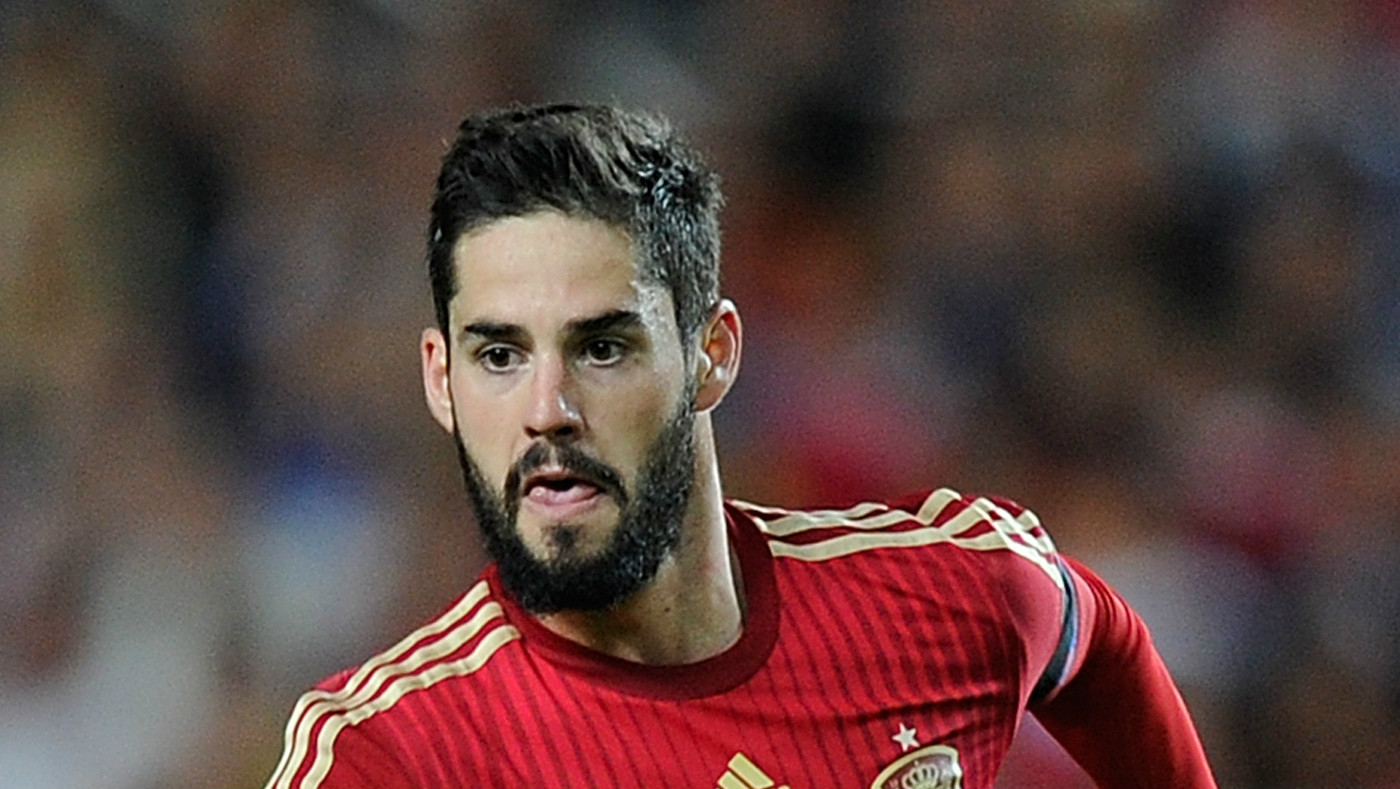 He only played 16 minutes in the 1-0 win in Belarus, but Isco lit up the night with a sparkling cameo that included one wonderful run past several defenders and an angled drive that flew just wide.

It would have been one of the most memorable goals of the year and was another example – if more were needed – of exactly what the Real Madrid midfielder can produce at this level.

Isco is different. The 23-year-old is not the most mobile player and has been criticised by coach Vicente del Bosque in the past for over-elaborating at times. However, he is easily Spain’s most exciting talent at the moment and, if used correctly, he can be a real asset in a side still struggling to reinvent itself after last year’s World Cup disappointment in Brazil.

It is high time Isco started for la Roja. 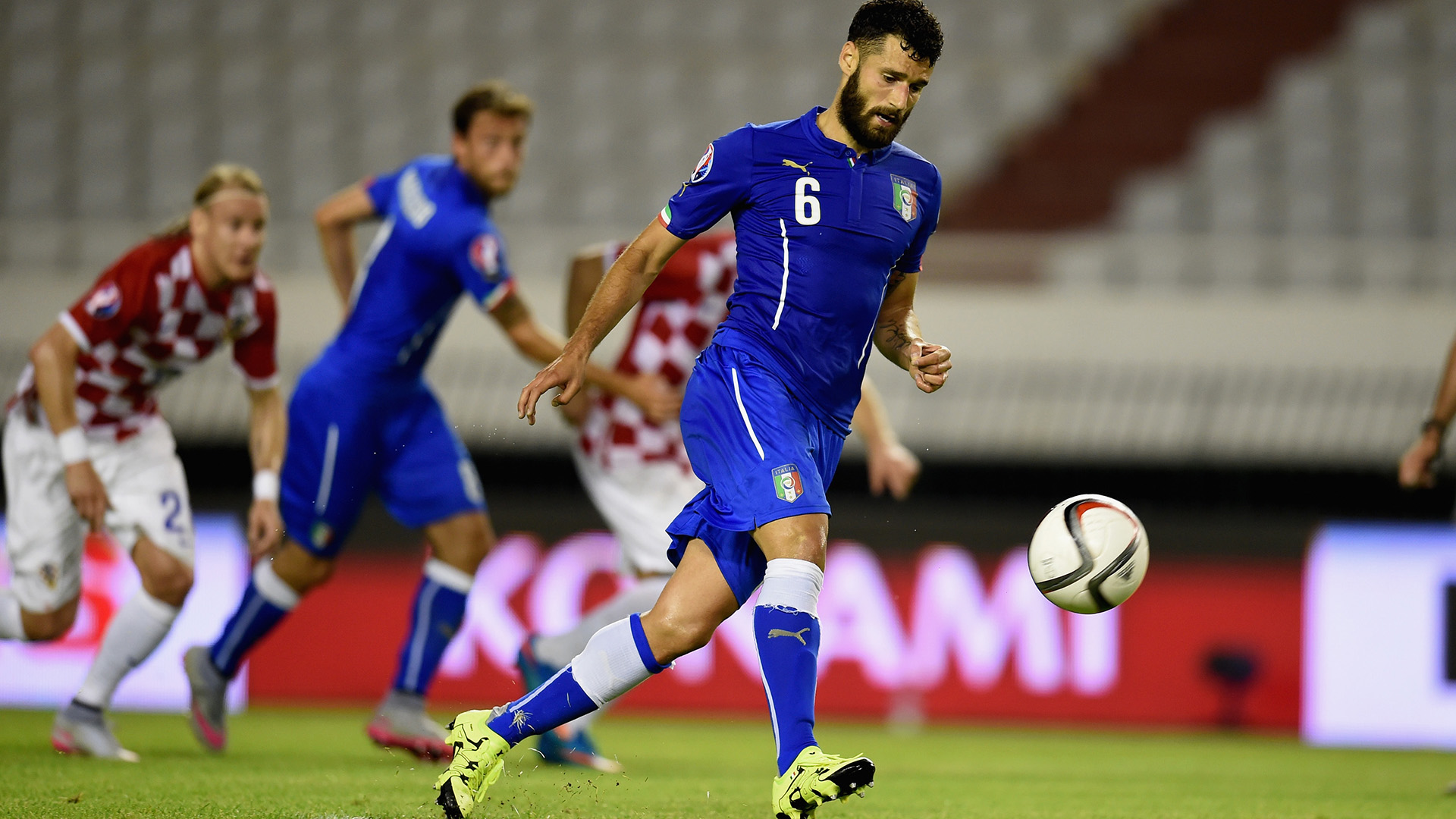 Daniel Pranjic will be seeing Antonio Candreva in his nightmares for a long time following a harrowing experience on Friday. The Lazio star ran riot down the right wing during Italy's 1-1 draw in Croatia, roasting the experienced left back time and time again.

Candreva's audacious Panenka penalty which earned Italy a draw scooped the headlines, but the 28-year-old was unplayable throughout.

He created four clear chances during the match, supplying the cross for Stephan El Shaarawy's wrongly disallowed goal in the first half. One sensational solo run that ended with Andrea Pirlo firing over would have made Lionel Messi proud.

Candreva is the complete footballer. Technical, physical, both-footed, a wonderful crosser, finisher, long-range shooter and free kick expert, Candreva always picks the right option when he has the ball.

He has scored 22 Serie A goals in the last two seasons, has struck twice in Euro 2016 qualifying and is undoubtedly worthy of one of Europe's best clubs. 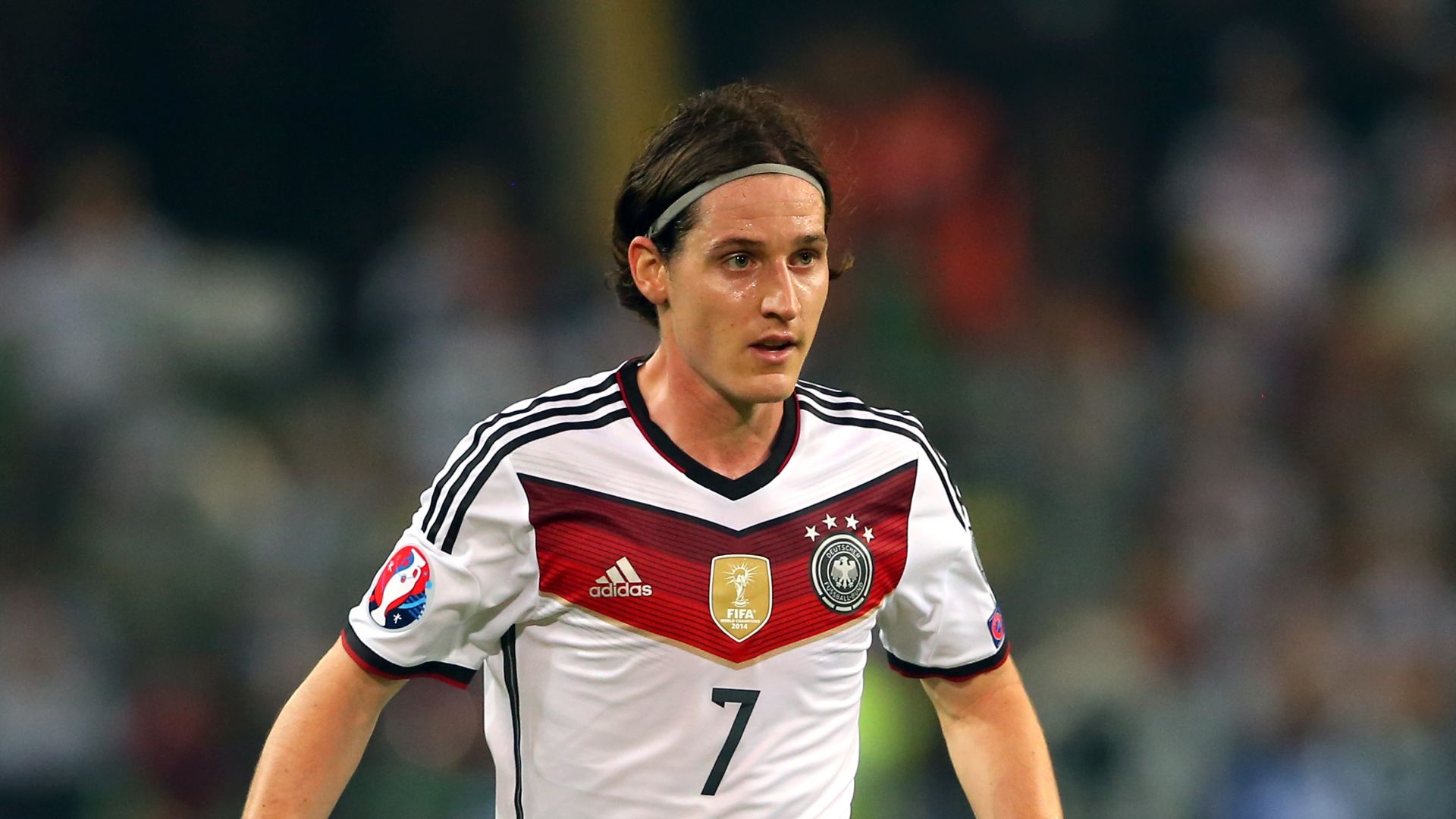 Philipp Lahm's retirement from the international game last summer was always going to pose problems for Joachim Low, given his exemplary leadership and brilliant quality.

Germany have long had problems on either side of defence. The World Cup saw Jerome Boateng and Benedikt Howedes deployed out of position until Lahm reverted to right-back, which sparked a huge upturn in form which eventually led to the title.

A year on and a string of players have been used to fill the full-back roles. Jonas Hector's emergence at Koln over the course of the 2014-15 season has been a welcome solution and, in Erik Durm, Low has two good left-back options, even if both are hugely inexperienced.

Right-back has been a trickier slot to fill. Lahm remains the world's outstanding player in the position but has no real heir. Antonio Ruduger, a central defender by trade, has been shifted out right over the course of the last year and Sebastian Rudy has been given the nod on several occcasions, most recently in June's clashes with the USA and Gibraltar.

However, the Hoffenheim star is a midfielder who stands little chance of getting into the first team in his preferred position. Is he really the man to replace a World Cup-winning captain? Low has one year to consider all of his options carefully and come to a tough decision. Failure to find a solution could cost Germany a European crown. 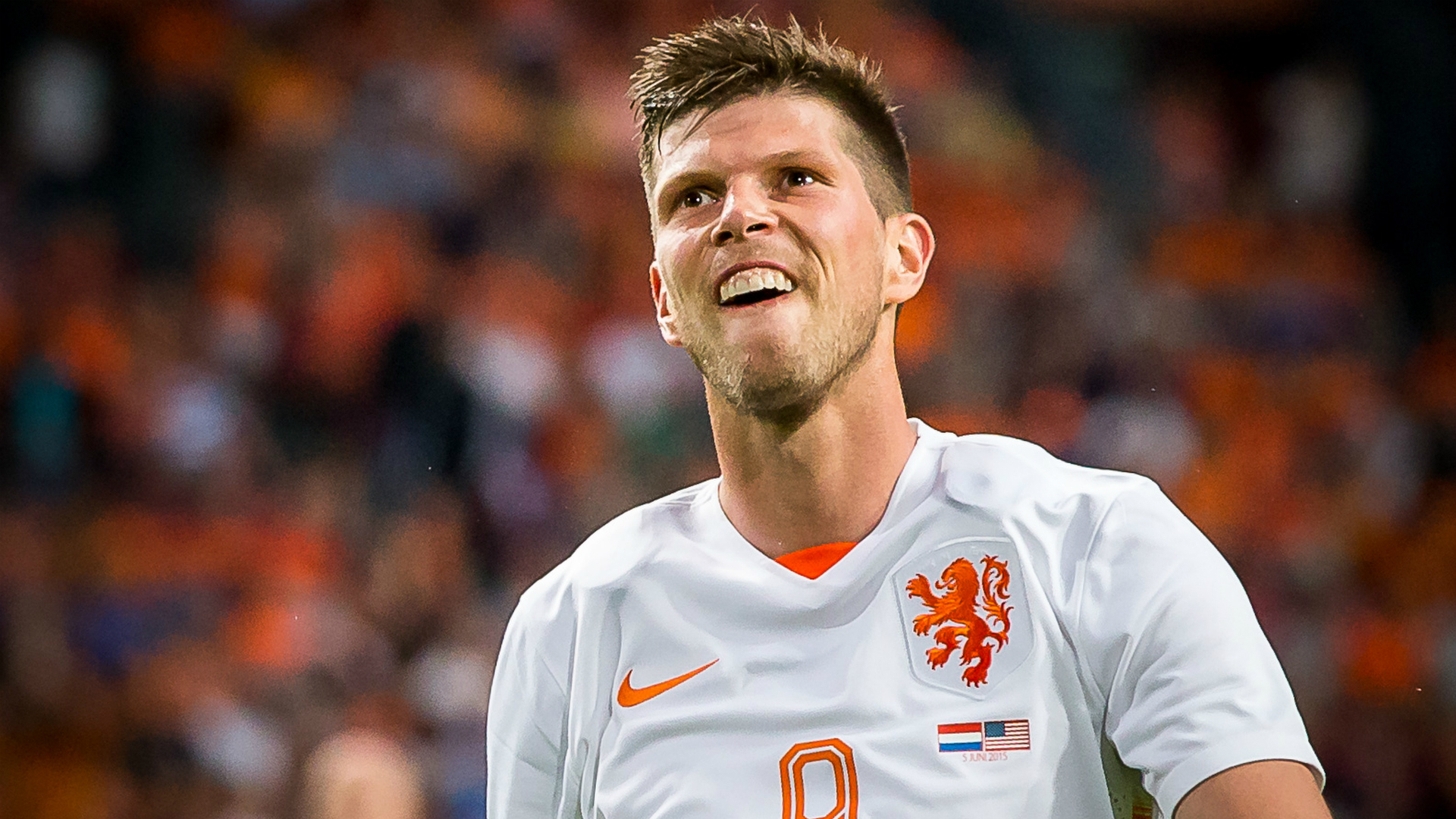 While Guus Hiddink has shown to be out of his depth in many ways with the Netherlands national team, he has had the bravery and patience to do something that not many coaches would try - play both Klaas-Jan Huntelaar and Robin van Persie in the same starting XI.

While previous coaches have opted for Van Persie over the Schalke forward, Hiddink has decided to try to utilise the talents of both of his top class strikers.

Sadly - mainly for Huntelaar and Hiddink, the switch has come after both players have past their peak.

In Friday's dull 2-0 win over Latvia, Huntelaar was largely a passenger throughout the game, while Van Persie, playing as a No.10, was ineffective and should have been substituted earlier than the 63rd minute, when he was replaced by Georginio Wijnaldum, who tucked in the opening goal.

The Manchester United striker is coming off the back of a poor season and his future at Old Trafford has become uncertain. While the national team have never really seen the best of Huntelaar because he has been cast behind Van Persie - the more mobile and hard working option.

Both 31 years old, it seems that their time with Oranje will soon begin to wind down, which creates a serious issue for the national team.

While Oranje are producing quality wingers, midfielders and defenders to succeed the more experienced players in the team in the coming years, there are not many strikers who can slot in at the pinnacle of the Dutch attack.

Luuk de Jong is reinventing himself at PSV and could be the man to take over in a few years, but he must continue to develop. Bas Dost is nowhere near consistent enough at club level.

Beyond that, there are the likes of Ricky van Wolfswinkel, Luc Castaignos and maybe even ADO Den Haag striker Michiel Kramer, but that would be scraping the barrel.

Further forward, there are potential successors in 21-year-old PSV forward Jurgen Locadia and Ajax's Richairo Zivkovic, 18, but both have had disruptive seasons which has hindered their development and they remain some way off the level required to line up for the national team.

It is a worrying predicament for the national team.
Close