The Arsenal midfielder has picked players from home and abroad - including a few surprise inclusions and a selection of rival stars - to make up his ideal bionic footballer
Who is the best footballer currently playing the game? We've all discussed it. Lionel Messi and Cristiano Ronaldo are usually top of the list - unless you're Javier Mascherano's No.1 fan like Roy Hodgson.

But what if you could mix and match? What if Andrea Pirlo also had Messi's left foot? Or Ronaldo had the vision of Xavi?

Goal recently spoke to Aaron Ramsey about that very topic. Naturally, he selected himself as part of his own ultimate footballer... but who else made the grade? Spoiler: Ronaldo did not.

There are a few surprises, with the Arsenal man paying tribute to his Welsh roots, while a Chelsea legend and Liverpool workhorse are also included.

After completing a series of Biomechanical tests for New Balance, Ramsey selected his own bionic footballer. 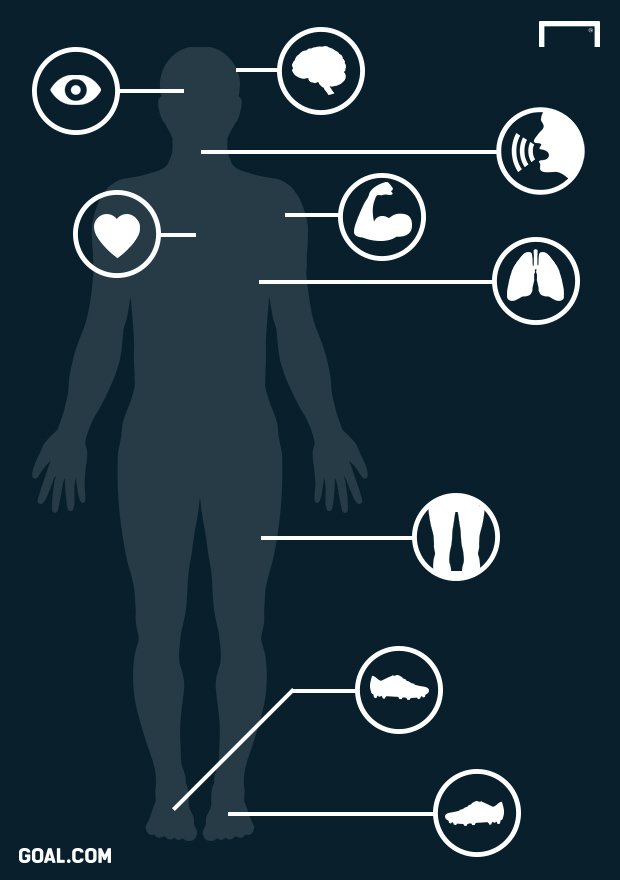