By Anthony Wright
At the 1985 European Cup final between Juventus and Liverpool, 39 fans lost their lives - a tragedy labelled as "the darkest hour in the history of UEFA competitions"
May 29, 1985 will forever remain in the memories of football fans affiliated with Juventus and Liverpool. As the clubs prepared for the European Cup final in the Heysel Stadium in Brussels, Belgium, fights broke out in the stands and the ensuing violence claimed the lives of 39 fans, as well as leaving over 600 injured.

The late sports journalist Arthur Hopcraft described the way fans assembled within football stadia in The Football Man, which gives some sense to the conditions at Heysel.

“They are more evocative of the wonder of childhood than even old comic strips are. They are hideously uncomfortable. The steps are as greasy as a school playground lavatory in the rain. The air is rancid with beer, onions, belching and worse. The language is a gross purple of obscenity. In this incomparable entanglement of bodies lies the heart of the fan’s commitment to football.” 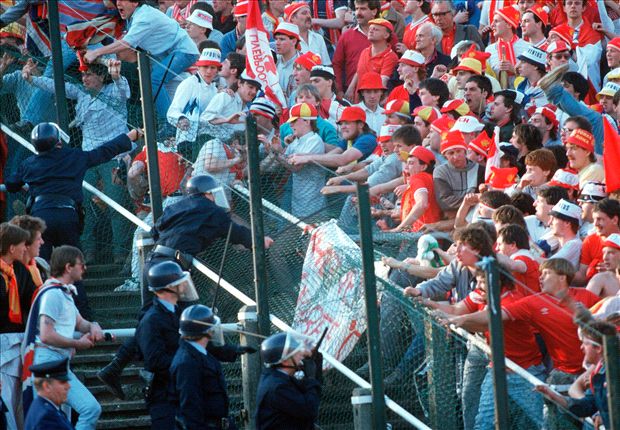 Hopcraft’s words came at a time when hooliganism was on the increase in England. Leeds United fans attacked Bayern Munich supporters in the 1975 European Cup final, while there was violence between Roma and Liverpool fans before and after the European Cup final nine years later; former Reds player Kenny Dalglish recollects that “Liverpool fans suffered horrendous abuse at the hands of Italian fans”. There were further incidents in 1985 involving Millwall, Luton Town, Leeds and Birmingham City.

The problems within English football were well known in the build-up to the final, but blame has also been laid at UEFA’s door for the Heysel disaster as the stadium was archaic and far from fit to host the final. Liverpool asked UEFA to use another stadium on grounds of safety, but the request was rejected. Instead, a portion of the ground was cordoned off as a ‘neutral’ section – Section Z. Few police were posted near the temporary dividing fence between Section Z and Liverpool fans in Section Y as the authorities believed that the neutral fans would act as a buffer.

The scenario could not have been further from reality. The Times reported “the Belgian football union had taken the decision to sell the tickets, rather than allocate them to the two finalist clubs to increase its profits from the game.” These fell into the hands of ticket touts, who sold the majority of the ‘neutral’ tickets to Italian expatriates.

By seven o’clock, the two sets of fans were almost side by side. There was no ‘buffer’ between them. The majority of the Liverpool fans in the stadium had been drinking for much of the day. Eye witnesses recall Bianconeri fans began to launch missiles into the Liverpool sections – stones from the dilapidated terracing and pieces of crumbling steps were launched into the mass of supporters.

As kick-off approached, Liverpool supporters charged towards the Italians and broke through the thin chicken-wire fence that divided the two sets of fans, and in the midst of the fighting many of those in the neutral section were forced back towards the other Juventini. They were crushed against a concrete wall at the opposite end of the enclosure; some tried to scale the wall and jump over to escape the violence. The poorly constructed and antiquated wall collapsed onto the fans on the opposite side under the pressure. 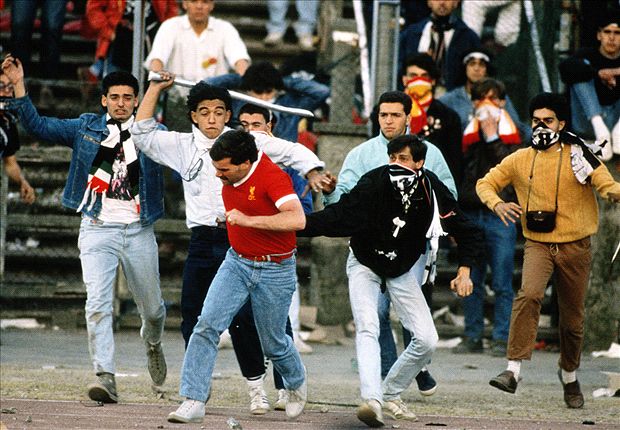 Thirty-two Italians, four Belgians, two French people and one Northern Irish man were killed, crushed by the collapsing wall or trampled by other supporters attempting to escape.

Andrea Lorentini says of his father, who went to the match. “My father Roberto was a medic and at a certain point of the fight he noticed a young man who was wounded.

“He went over to carry out CPR on him and while doing that he was caught up in the fighting of the English fans who were fuelled by alcohol. My grandfather, Otello, meanwhile, managed to save himself and was reunited with his two nephews. Not long afterwards, they tragically found Roberto, who was dead.”

Over 600 more were injured. In the chaos, more Italians attempted to reach the Liverpool fans to enact retribution, unaware of the tragedy that was unfolding. One Italian was reported to have fired a gun, though it was later revealed to be a starting pistol. Phil Neal made a plea for calm over the PA system and the game eventually went ahead, with the authorities desperate not to antagonise the situation by postponing the fixture. “I have absolutely no recollection of the match," Neal reflected. "As soon as we heard people had died we lost all interest in the match.”

Kenny Dalglish added: “We saw the Italian fans crying, and they were banging on the side of our bus when we left the hotel.”

“If this is what football has become, let it die,” read L’Equipe after the match. Het Nieuwsblad headlined with “Police powerless against British alcoholics”, but the Corriere della Sera deplored, “The culpable impotence of the police.” UEFA’s official observer Gunter Schneider remarked, “Only the English fans were responsible. Of that there is no doubt.” 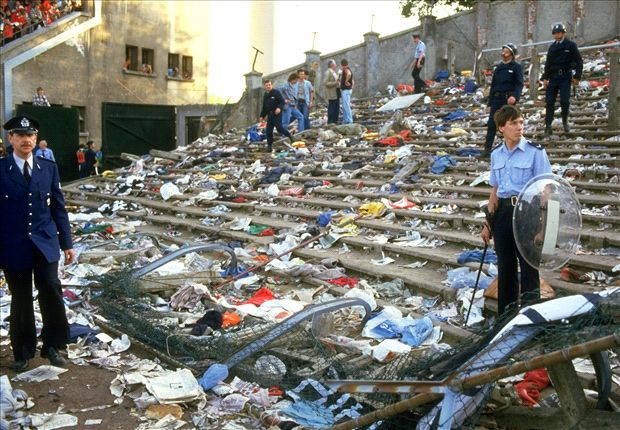 Twenty-seven people were arrested for manslaughter by the British police in the aftermath, 14 of whom were convicted. A blanket ban fell on English clubs’ participation in European competitions for five years, while Liverpool had to serve an extra year’s ban. Liverpool would suffer their own local tragedy in 1989 with the Hillsborough Disaster, which cost the lives of 96 fans.

Heysel was never used for a football match again until it was demolished and rebuilt a decade later. “That day we were all victims,” Ian Rush mused. “That day changed football forever.”

No official inquiry was ever undertaken. UEFA were not questioned about their decision to stage the European Cup final at the ageing venue, nor were the Belgian authorities queried on their policing or the ticketing allocation.

Efforts were made to repair relations between the two clubs when they met in the Champions League in 2005, with a number of gestures commemorating the event performed prior to the match at Anfield. Ian Rush and Michel Platini carried a banner that bore the message, 'In Memory and Friendship': In Memoria e Amicizia.

In addition, home fans held up placards that formed the word ‘Amicizia’. Some of the travelling fans applauded the gesture, though others turned their backs on it. A plaque was unveiled outside Anfield’s Centenary Stand to commemorate the deaths of the 39 fans at Heysel.

Thirty years after the tragedy, both Juventus and Liverpool have commerorated the anniversary on social media, while Sepp Blatter led a minute's silence at Friday's FIFA Congress prior to the election of the next president.

Our thoughts are with the families of the 39 fans who lost their lives in the Heysel tragedy 30 years ago today. pic.twitter.com/vd3yT70g8M