The Manchester United legend is playing a key role in the club's coaching staff and widely expected to replace the Dutch manager at the end of his contract in 2017
After Louis Van Gaal went through a spell of celebrating goals by slapping a stony-faced Ryan Giggs on the cheek, the Manchester United manager was forced to deny suggestions of a poor relationship with his assistant.

The rumours appeared to have stemmed from a comment by Giggs’ friend and former team-mate Paul Scholes that the former winger might not have the patience to wait until the end of Van Gaal’s three-year contract before becoming a manager himself.

Giggs had a taste of the top job when he took charge of United for the final four games of last season, which he described as the proudest moment of his life.

While the 41-year-old may have itchy feet, it looks increasingly likely that he will serve the full term of his apprenticeship under Van Gaal before following in the footsteps of the likes of Jose Mourinho and Pep Guardiola as the Dutchman’s latest managerial protege.

Van Gaal noted last week that Giggs had reported a lack of intensity and motivation in the warm-up before United’s game at Everton. It proved perceptive, with the visitors beaten 3-0 in a performance described by the manager as the “most disappointing” since his appointment last summer. It was the kind of observation that suggests Giggs will soon be ready to make the big calls himself. 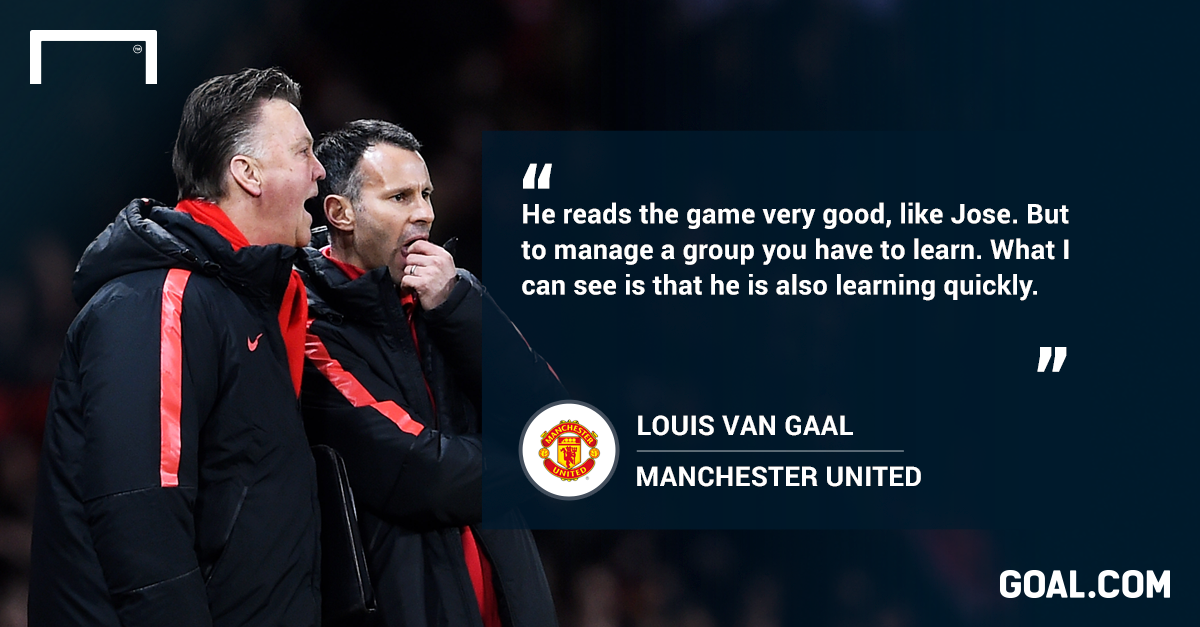 Van Gaal has been fulsome in his praise of Giggs, who has been given plenty of responsibility, including taking team meetings during the week where opponents are analysed. He also talks to the players on the eve of matches, often in a capacity of a legend who understands the United fans and expectations ahead of big fixtures such as the Manchester derby.

“I expect that he [Giggs] will be the next manager after I am gone,” Van Gaal told MUTV in March.

“Now I have the responsibility. He has tasks that he has to perform like the players. What he has to do, for me, he does it very well.

“He reads the game very good, like Jose. But to manage a group you have to learn. What I can see is that he is also learning quickly.”

For his part, Giggs was instantly impressed by Van Gaal when they met in Amsterdam last May. United had been pushing the former Ajax, Barcelona and Bayern Munich coach to add Giggs to his staff but the final decision was only made after a series of productive conversations.

Giggs has admitted that Van Gaal shares similarities with Sir Alex Ferguson, certainly in their self-confidence, and after 963 appearances and 25 trophies over 25 years as a United player, the Welshman carries a similar aura around the club’s Carrington training ground. 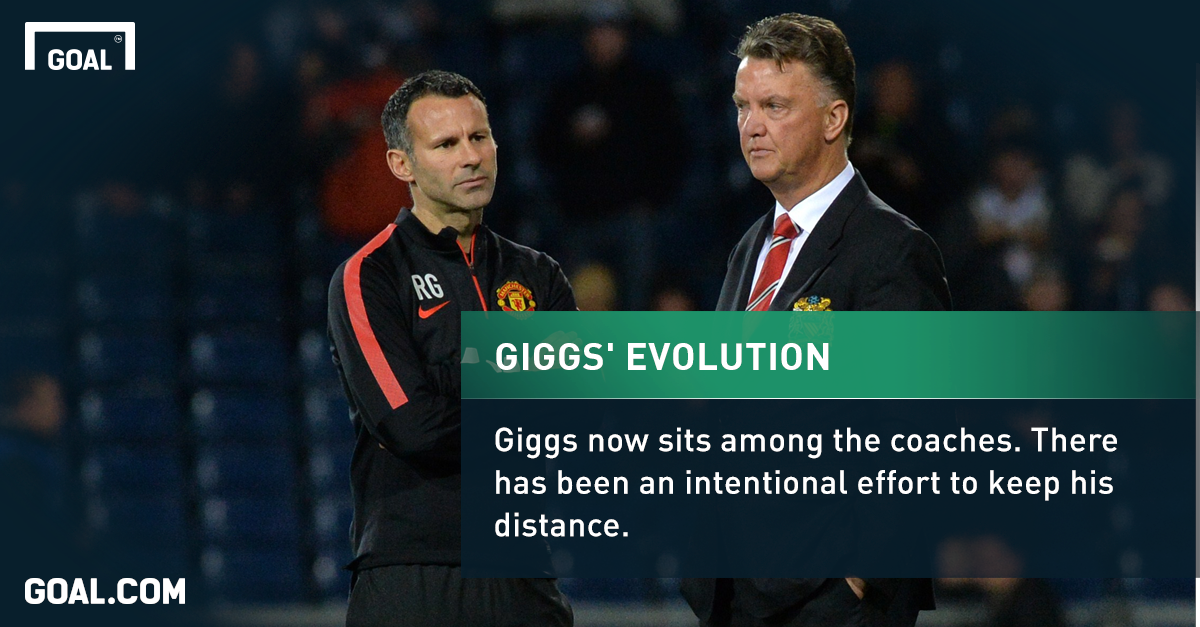 He is evolving, though. Last season, when he was a player-coach under David Moyes, Giggs would still sit with Rio Ferdinand, Darren Fletcher and Michael Carrick on a regular table in the club canteen.

Now Giggs sits among the coaches. While he shares a close relationship with the players - particularly those he played with himself - a line in the sand has been drawn and there has been an intentional effort to keep some distance.

Van Gaal is known to respect strong opinions and Giggs is not the type of character to be shy when it comes to debating matters behind closed doors, whether individuals’ performances or team tactics.

Giggs, for example, has wanted United to take more risks this season, but in this apprenticeship he is learning every day from Van Gaal’s incredible attention to detail. Every detail, even the way an opponent kicks off, is analysed and simulated in training in the build-up to matches.

As United look to continue their tradition of bringing through Academy graduates - Tyler Blackett, Andreas Pereira and Paddy McNair have been given debuts this season - Giggs also regularly watches the Under-21 squad in training and games.

When Van Gaal steps aside at the end of his contract in two years, Giggs will believe he has finished his apprenticeship and will be ready to follow in the footsteps of Mourinho and Guardiola.
Close