The German attacker sent his side 11 points clear at the top of the Bundesliga table with a second-half double as Dortmund faltered and Schalke marched on
Borussia Dortmund's Bundesliga renaissance hit the bumpers at bogey team Hamburg on Saturday in another thrilling weekend in Germany which saw Bayern Munich go 11 points clear thanks to a 3-1 win over Hannover and Wolfsburg's loss to Augsburg.

Meanwhile, Borussia Monchengladbach threw away a two-goal lead at Mainz and Bayer Leverkusen and Schalke both enjoyed good wins. As such, there were plenty of good performances worthy of inclusion in Goal's Team of the Week.

Diego Benaglio takes the gloves after a strong performance for Wolfsburg. Though he could not prevent defeat to Augsburg, he saved a penalty and made several other smart blocks.

Dominic Maroh was key to Koln's brilliant victory against Eintracht Frankfurt, putting in a committed performance at the back, while Ragnar Klavan kept in-form Bas Dost quiet to help Augsburg to an unlikely win and Borussia Monchengladbach's collapse came after the brilliant Martin Stranzl picked up a knock. 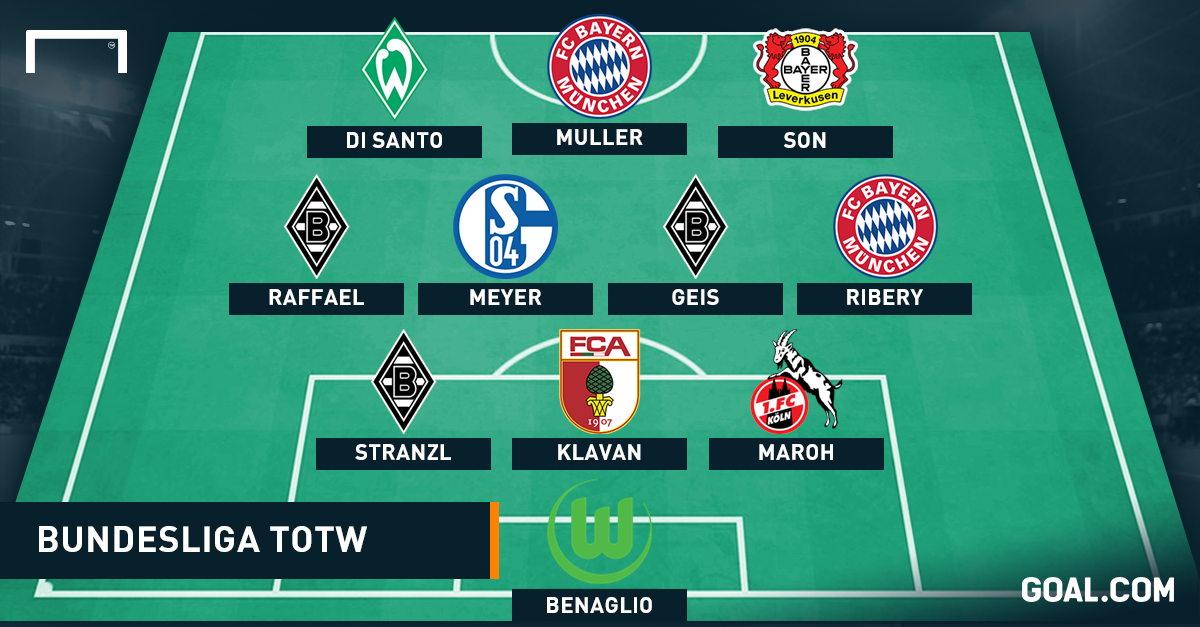 Frank Ribery started Bayern's win on the bench and, when he was introduced in the second half, the Frenchman made the difference. Johannes Geis put in a brilliant free kick to kick-start Mainz's comeback, Max Meyer made the most of his chance in the S04 first team with two goals and Raffael scored twice for Gladbach.