COMMENT: The continued complacency within football needs to stop if Fifa is ever going to change its ways - and it will take more than one man to do it
By Kris Voakes | International Football Correspondent

"As always, I will repeat what I have been saying for nearly a year now: we need to know what happened."

Jerome Champagne speaks for many onlookers when Goal asks him his thoughts on the fall-out from the Garcia report saga which brought Fifa to its knees recently. But being a candidate for the Fifa presidency, the Frenchman might yet find himself in a position to help bring the governing body back on track.

"It has been more than four years and one month since the December 2, 2010 vote where the World Cup hosts were decided," adds Champagne.

But anyone thinking the replacement of the 78-year-old incumbent with the Jordanian Fifa vice-president will automatically represent a new dawn in the governance of football needs to look at the May election as more than just a popularity contest.

The assertion by many close followers of football politics is that Prince Ali has no hope of beating Blatter, even before the 39-year-old has unveiled his plans for the world game. That says much about the nature of the process. 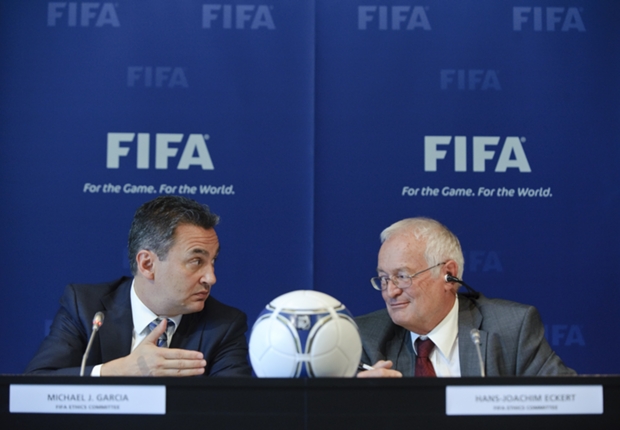 GARCIA & ECKERT | Fifa's support of the latter's summary led the American to quit
Fifa is at an all-time low in terms of public opinion and respect commanded by the football world. The last remnants of its image were shattered in December when anti-corruption investigator Michael Garcia quit his role within the organisation after his report into the 2018 and 2022 World Cup bids was misrepresented in a summary by Judge Hans-Joachim Eckert.

In mitigation, Blatter has ordered the "appropriate publication" of the Garcia report, but it took the fall-out of the American's resignation for him to react. One has to wonder what took him so long, having previously declared the investigation closed.

But while the Swiss has much to do with the endemic failures of the status quo, he is not solely to blame. And Blatter's hypothetical replacement with a 'clean' candidate is not nearly enough to fix a broken system.

It was Blatter who acted quickly in 2011 to ensure that future World Cup hosting rights would be decided by the 209 national associations rather than by the 24-man Executive Committee (ExCo) which, months earlier, had awarded the next two tournaments to Russia and Qatar respectively.

And that change should be mirrored in every single aspect of Fifa's governance. One member, one vote. On everything. It is entirely correct that the presidential race itself is decided by just such a system, but little else within the Fifa framework is influenced by anyone outside of the Executive Committee's inner circle.

The highest power in world football must not be controlled by a shady cabal of the self-interested, as is the case at the moment. That is far too easy to manipulate. The Jack Warners, Mohamed Bin Hammams, Reynald Temariis and Amos Adamus of the world should have no more power than the heads of any other national association.

Those with input in the key issues within Fifa need to be far more accountable to the regular fan. They should not be bought by the highest bidder, nor should they demand favours in exchange for votes.

Fifa spouts rhetoric about football and politics not mixing, but it has been far from apolitical regarding some of the key decisions in the sport. 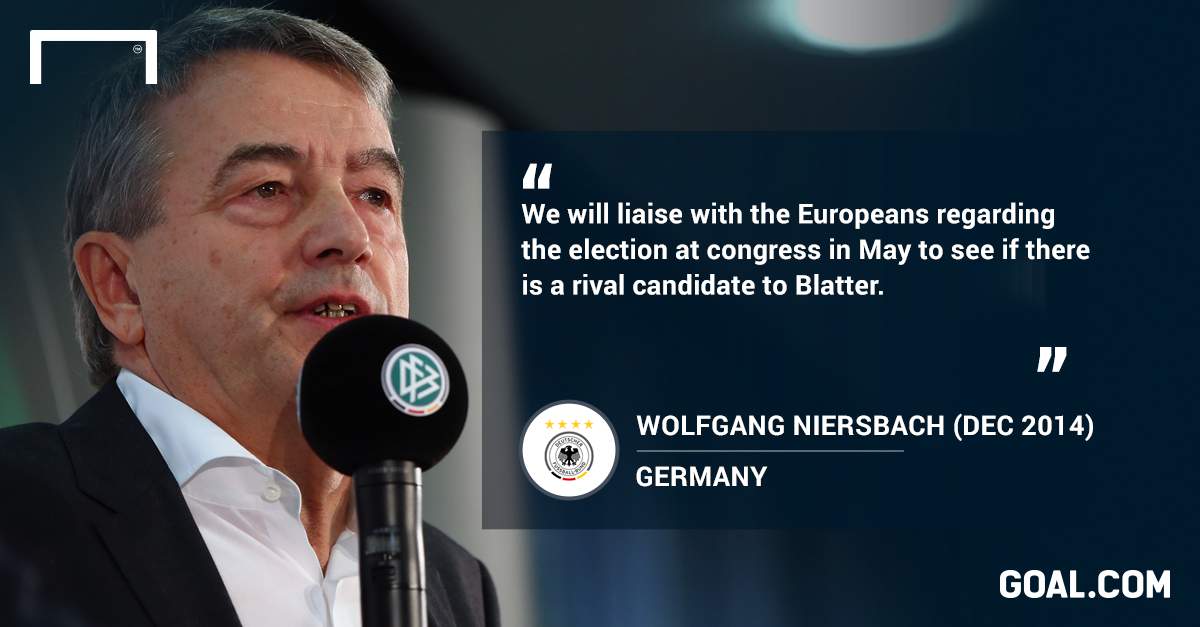 Wolfgang Niersbach, the president of the German FA (DFB) has announced his intention to run for membership on the ExCo later this year, but had himself previously been tipped by German football league chief Reinhard Rauball as a suitable replacement for Blatter.

Niersbach has been an outspoken opponent of Blatter in the past, and was scathing of the decision to award the 2022 World Cup to Qatar.

"With all due respect to the country which was awarded the tournament in a democratic way, this World Cup bid should never have been accepted," said the DFB chief.

"Uefa doesn't think about staging the European Championship in Cyprus. The World Cup dimension is just too big for Qatar and I have not even started talking about the heat or the intolerable conditions for migrant workers."

Such a common-sense approach to the subject was sadly lacking within the ExCo when it came to voting though, and the self-interest and lack of accountability within the committee means that, more than four years on, countless issues remain around the Qatar bid.

The kind of transparency championed by Champagne is far more important than the name on the door at Fifa HQ. So is the willingness to reform, and until Prince Ali provides his own platform for change then the clamour to acclaim his arrival in the race for the hot seat remains premature.

Champagne, who announced his candidacy for office in January 2014, is looking to change more than just Fifa's image.

"You know my platform. I think we should rebuild the image, but I think we need to have institutional reforms which are absolutely decided," Champagne added.

"That is why I'm running. We need some rebuilding and we need reform. Don't forget the government of Fifa is controlled by the confederations, so the confederations have the responsibility for what has been taking place over the past year." Champagne also proposes globally televised debates featuring all the candidates to inform fans of their promises, similar to the set-up used for major political elections. Expect opposition to the idea of transparent, direct democracy.

The leadership of the world game must be more proactive. It needs to pioneer the sport rather than submit to progress under intense pressure from sponsors and partners. It needs to be representative of the entire football world rather than a handful of suits with their own interests at heart.

And above all, it needs to be 100 per cent transparent so faith can be restored in Fifa.

Fifa's image must change, but that can only truly happen with the alteration of many of its practices. A more democratic approach to decision-making would be a start, with the remit of the Executive Committee slashed… if not completely stripped.

Football belongs to the world, not to the privileged few, and it is about time Fifa represented that.

Which presidential candidate is charged with the task of leading the revolution is of secondary importance. It is the very instigation of the revolution itself that is paramount.