Goal crowns the best and worst from Italy over the course of the season
Another dramatic Serie A campaign came to an end on Sunday, with the last of the season's 1003 goals sending AC Milan into the Champions League at the expense of Fiorentina. It was only fitting that viewers should stay glued to TV sets right down to the last after another campaign of ups and downs from minute one.

Juventus marched to a second straight Scudetto, while Napoli earned a second visit to the Champions League in three seasons. With Milan's third spot secured, Fiorentina will head to the Europa League with Udinese, while Palermo, Siena and Pescara will spend next term in Serie B after each experiencing a campaign to forget.

But what of the other winners and losers? Who have been the best players and coaches in the league season? And what of the worst? Goal hands out the individual awards at the end of another absorbing nine months of football. 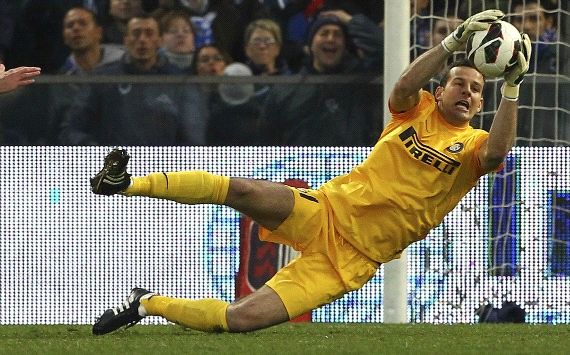 There were several goalkeepers with better statistical records than Samir Handanovic this season, but none of them had to deal with the malaise that the Slovenian encountered in his first term at Inter. Having replaced Julio Cesar between the posts for the Nerazzurri, the ex-Udinese shot-stopper found himself thrown in at the deep end with a ragged outfit in front of him. Yet despite being left with a sub-standard back line for much of the season, he won his side many points with his magnificent performances that were deserving of so much more than Inter's ninth-place finish. 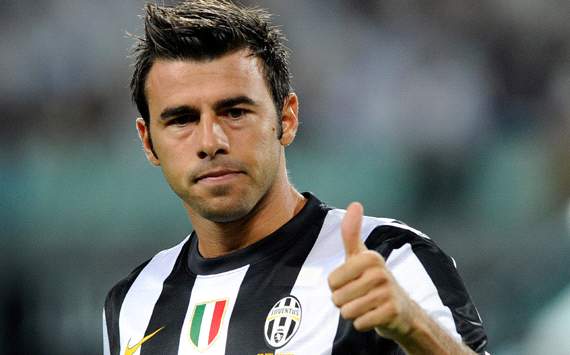 In by far the closest category of the lot, Andrea Barzagli's consistent performances earn him the Best Defender award to go alongside a second straight Scudetto winners medal. He may have occasionally been questioned for his lack of pace, but the Italy international showed he has the mental and physical capabilities to compensate for his lack of mobility. The former Palermo man was a huge factor in the Bianconeri marching to the title with the best defence in the league once more.

If Barzagli has one thing to be thankful for, it is that he is protected by the best midfielder in the business. Arturo Vidal again showed how important he is to both the attacking and defensive phases of play with countless match-winning performances. The heart of the engine room, the Chilean also showed his superb eye for a pass and ability in front of goal, ending the campaign as Juventus' top goalscorer. It took some doing to outshine Andrea Pirlo in the Bianconeri midfield, but Vidal managed it with ease. 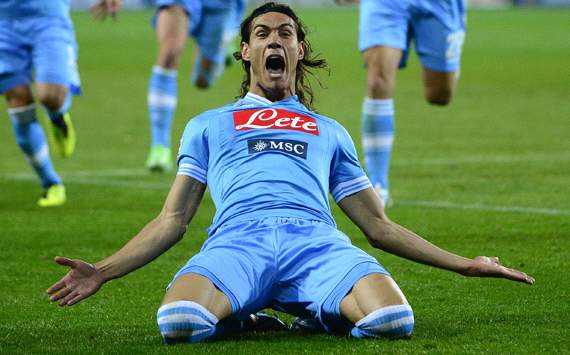 The future of Serie A is increasingly believed to hinge on the retention of key players, and none more so than Edinson Cavani. His 29 goals earned him the Capocannoniere title, but above and beyond that his ability to rise to the big occasion helped to lift his profile and market value beyond all previous levels. Hat-tricks against Lazio, Roma and Inter took Napoli to the Champions League with a bit to spare, and with Cavani still in their squad, anything is possible for the Partenopei in the near future. 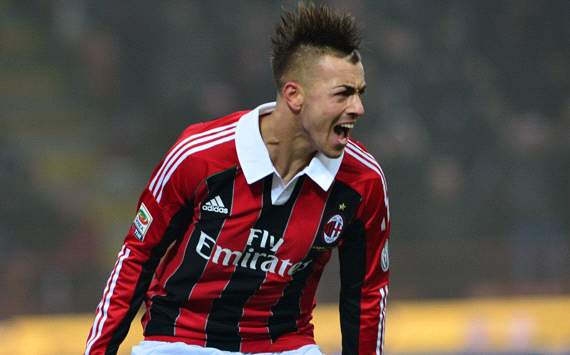 Never before has a giant of the the game appeared so reliant on such a young man as did Milan with Stephan El Shaarawy in the first half of the 2012-13 campaign. The Italo-Egyptian blasted his way onto the world stage with a string of wonderful individual displays and crucial goals at key moments as the Rossoneri otherwise limped through the first few months of the season. By the closing stages of the campaign, some were suggesting the former Padova man had lost form, but he still played a major role in Milan's Champions League-clinching turnaround at Siena on Sunday. 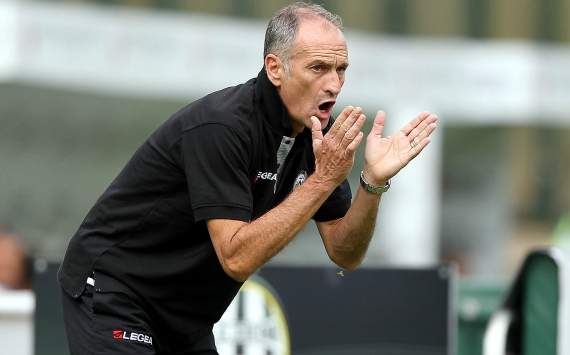 Francesco Guidolin deserves the Freedom of Udine for the job he has done with Udinese over the last few years. Successive Champions League play-off qualification spots looked set to be followed by a stagnant campaign following the sales of star names including Samir Handanovic, Kwadwo Asamoah and Mauricio Isla last summer, but the master tactician ensured he got the very best out of his troops before the season was out. He led them to an eight-game winning streak at the business end which saw them qualify for the Europa League. Thanks to Guidolin, Udinese continue to punch well above their weight. 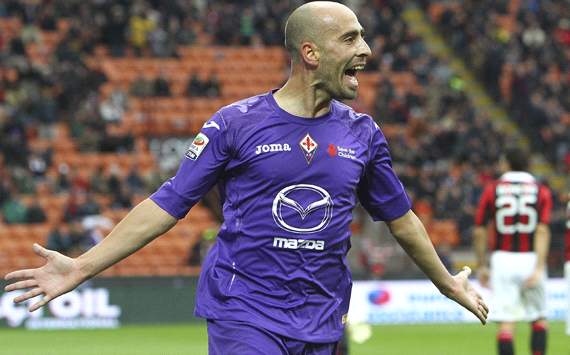 The very fact that Fiorentina got to within 10 minutes of the Champions League one year on from a bottom-half finish is testament to the impact Borja Valero had in his first season in Serie A. The Spaniard slotted in remarkably quickly in Vincenzo Montella's new-look side, becoming the side's key playmaker from the word go. His clever distribution and timely forays forward helped to make the Viola one of the most attractive teams to watch in Europe, and with Valero in their side they could go one further next term.

There were many candidates for the category of Worst Signing, with Juventus' moves for Nicklas Bendtner and Nicolas Anelka among a huge number of head-scratchers to be seen around the league, but none quite summed up the struggles of an entire club like Inter's move for Tommaso Rocchi. From being fifth choice at Lazio, the 35-year-old suddenly found himself thrust into the spotlight for the Nerazzurri's forlorn bid to reach the Europa League, and while he wasn't a complete failure when used in the absences of Diego Miltio, Antonio Cassano and Rodrigo Palacio, his sudden elevation to the first XI said a lot about Inter's struggles. 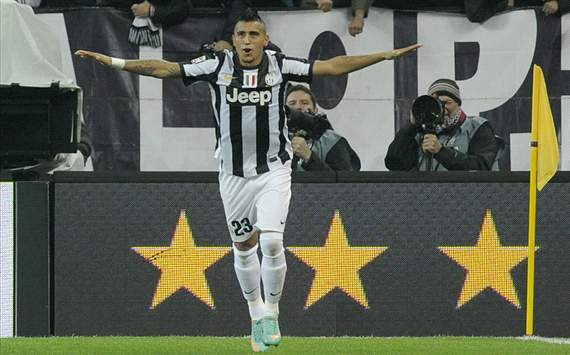 Not only was Arturo Vidal the best defensive player in Serie A this season, he was also arguably the best in possession too. His importance to the re-emergence of Juventus simply cannot be understated, with his fantastic tackle success rate marrying with a superb desire on the ball and a magnificent goals record to make a complete midfielder who has become one of the modern game's few true all-rounders. His continued presence in black and white now represents the main key behind Juve's hopes for continued success. 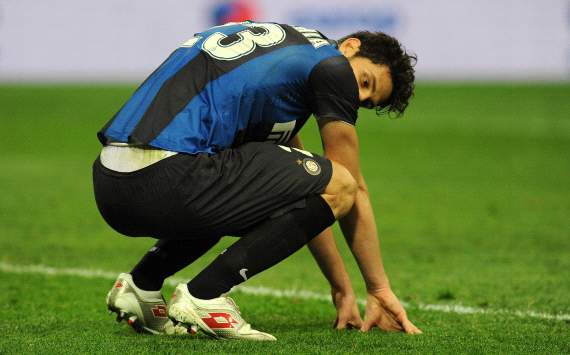 There may well have been lesser players on the rosters at the likes of Palermo and Pescara, but nobody showed such a vast separation between promise and product as Andrea Ranocchia. His performances in Serie A summed up Inter's season, with his initial burst as part of a three-man defence suggesting he may finally fulfill his talent in the blue and black shirt. However, his constant lapses in concentration, inability to track markers suitably, basic lack of tactical ingenuity and regular moments of madness with the ball anywhere near his feet made for a near-calamitous campaign by the time May was in sight. Once regarded as one for the future, Ranocchia has quickly become Inter's biggest liability.
Close