Aurelio De Laurentiis may not have won the trophies that his famous adversary has brought to Stamford Bridge, but his vision for the Azzurri has assured him hero status in Naples
COMMENT
By Kris Voakes & Sergio Chesi


They’re clubs from different worlds really, not just different countries. Chelsea are the kings of the Kings Road, the rich kids representing the high life lived between Sloane Square and Putney in one of the most moneyed areas of the affluent west London. Napoli, on the other hand, are underdogs from a city full of them; their football becoming a saving grace for poverty-stricken locals regarded as the downtrodden underclass across the rest of the land.

But there is one parallel that can be drawn between the two. Within the space of 12 months almost a decade ago, both clubs were bought by knights in shining armour; men who wanted football to be the beneficiary of their wealth, and the platform from which to build their true legacy despite successes in other genres having made them their money.

While there has been tangible success tasted at Stamford Bridge over the nine years since Roman Abramovich changed English football forever, it is trophyless Napoli owner Aurelio De Laurentiis whose track record in the game is currently being looked upon as the model for others to follow. The Russian oligarch himself could do worse than to use the trip to the peninsula as an excuse to bend De Laurentiis’ ear on how to build the football club he wants.

Abramovich may well have brought unprecedented success to Chelsea, but his long-term vision has been questioned amidst a string of managerial changes and wasted opportunities. Even his starting point of a side qualified and readied for Champions League football has not been enough to bring continental success. 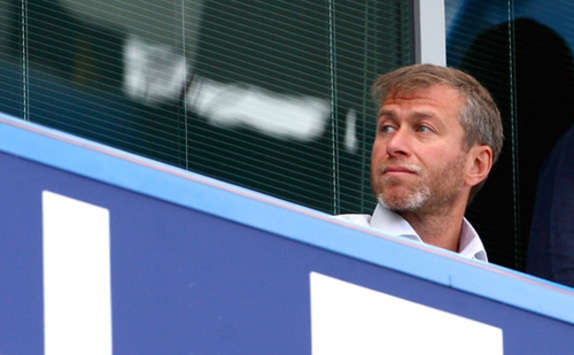 Roman Abramovich | His Chelsea juggernaught has stalled in recent years

Over in Naples, the film producer had no such base from which to launch the Azzurri, instead he walked in on them at the lowest point in their history. Ownership changes in 1999 and 2002 had brought no turnaround in fortunes for a club living out a yo-yo existence just 10 years after having been champions of Italy.

In July 2004, things became critical, with the club demoted to Serie C after going bankrupt due to debts totalling over €70 million. Since the end of the Diego Maradona era in 1991, Napoli had had no projects, no strategies, no nothing. Failure was little more than the logical end for a period of consistent mismanagement.

It was at this point that De Laurentiis bought the club, but not the name. Societa Sportiva Calcio Napoli was simply the title of a failed entity, a maltreated former glory that no longer existed in a sporting sense and hadn’t for some time. Instead, the club was relaunched in September as ‘Napoli Soccer’ in the less than salubrious surroundings of Serie C1, the Italian third tier.

The new owner immediately announced a two-phase step-by-step project to the supporters, who were now starved of success and fearful of another failed takeover. He set a five-year target to become an established Serie A club once more, with another five years afforded to become a challenger again on the peninsula while also impressing as a major force in Europe. He promised important investments, but not needless spending, because balance was always the key thing in his mind.

In with De Laurentiis came sporting director Pierpaolo Marino, a man well known around the country for his role in the relative success of what had become known as the ‘Udinese Model’ of setting up scouting systems across the world which yielded countless prospects at cut prices.

Life was not easy in the early days … in fact, it was anything but. On the first morning of training after De Laurentiis’ acquisition, only five players were registered with the club. Roberto Sosa, Francesco Montervino, Cataldo Montesanto, Mariano Stendardo and Gennaro Esposito represented a new dawn, but it felt like nothing of the sort at the time. They had nothing to train with; no shirts, no footballs. Montesanto was the saviour, digging out an old ball from the boot of his car. It was a humble beginning.

By the time of their first game, there was a sense of togetherness about the task ahead. De Laurentiis’ passion, his ideas and his money had Napoli fans excited. This was the first time in a long time they’d seen any of those things, and they bought into the adventure. In their opening fixture of the Serie C1 season against Cittadella at the San Paolo, there was a capacity 60,000 crowd in attendance.

With Marino working behind the scenes and De Laurentiis providing the figurehead, it was left to coach Edy Reja to ensure that the tidal wave of positive thinking extended onto the pitch. After being appointed to replace Giampiero Ventura midway through the 2004-05 season, the ex-Cagliari coach led the Azzurri to an unsuccessful play-off campaign. A year later, they ensured that fate wouldn’t befall them again by marching to the league title, returning them to the same Serie B they had been kicked out of two years previous.

It was at this point that De Laurentiis bought back the naming rights for the now-defunct SSC Napoli. He hadn’t wanted to see the club’s name sullied in Serie C, but now instead was ready to see it rise like a phoenix from the ashes as the momentum led the club back on an upward curve.

A near-perfect 2006-07 campaign was enjoyed, and the Partenopei headed into the final game away to Genoa knowing that a draw would take them back into Serie A as second-placed finishers behind Juventus. However, with the Rossoblu themselves needing a win to ensure promotion, it promised to be a difficult afternoon in Liguria, despite the history of friendship between the two sets of fans.

With a few minutes remaining, news filtered through that fourth-placed Piacenza had drawn with Triestina, meaning the current 0-0 scoreline would be sufficient for both teams to return to the top flight. It was enough to send the place bonkers. Fans went onto the pitch to celebrate and claim mementos from their heroes, despite the fact the game still wasn’t over and neither team had yet gained promotion. After the referee managed to restore order, the match was completed with some players wearing their team-mates’ shirts, such was the need to simply grab the first piece of displaced clothing and get the game over with.

De Laurentiis knew, though, that promotion was only the start. His first five-year plan had determined that the club must become established in the top flight, and he had two years left in which to do it. What’s more, he could not afford to rest on his laurels with the Azzurri fans having now become hungry for the success they had been starved of for so long. 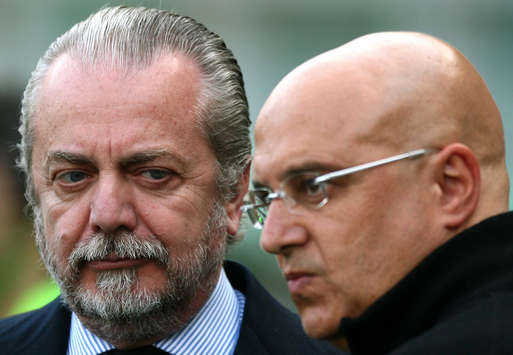 Their transfer campaign in 2007 had not been what they’d expected to begin with, and on the day of an official introduction of two new signings, many supporters gathered at the club headquarters to demonstrate against the perceived caution in the market. Little did they know it at the time, but those two arrivals – Ezequiel Lavezzi from San Lorenzo and Brescia’s Marek Hamsik – would become the catalyst for the return of the club’s glory days.

Two years on, and with eighth and 12th place finishes representing success in the first phase of his plan, De Laurentiis went about setting chapter two into motion. After some discussion, Marino – the man responsible for buying Lavezzi, Hamsik and a good five or six more of the current Napoli first team – was released, and in came Riccardo Bigon, formally director-general of Reggina. Meanwhile, Roberto Donadoni had been brought in to replace Reja, but he would soon step aside for Walter Mazzarri to become the coach under whom Napoli would really kick on.

One of their signings that same summer was local boy Fabio Quagliarella, who had made his name for scoring some spectacular goals with Sampdoria and Udinese, but it was the decision to sell him in 2010 that again tested the patience of some of their fans. The arrival of Edinson Cavani from Palermo for €14m had been expected to be a boost to the first-team squad, and the agreement to offload Quagliarella to Juventus was not a popular move. This led to demonstrations as Cavani took to the pitch for the Europa League trip to Elfsborg, with the outgoing hero benched ahead of his transfer.

Napoli won the game 2-0, with the Uruguayan netting both goals. The complaints of the fans were never to be heard again. Quagliarella duly departed, and Cavani ended the season with 33 goals in all competitions as the Azzurri earned a place in the European Cup for the first time in 20 years. Again, the fans had questioned De Laurentiis’ direction, and again he had been proven absolutely right.

This season, the change of focus towards the Champions League has resulted in a slight backward step in Serie A, but that should not be taken as a lack of ambition on De Laurentiis’ part. Phase two is still more than two years away from completion, and he’s fulfilled his side of the bargain so far.

Not only has he brought in the kind of people who could sign him gems such as Hamsik, Lavezzi and Cavani, but he has also managed to persuade them to stay. His tough stance on player sales has won him many fans, while his regularity in paying the players – a rarity at some levels of Italian football – has won him the trust and support of his employees.

Players are also encouraged to stay by the partisan support, who will continue to be as demanding of De Laurentiis as he is of himself, just as they will always arrive for games such as this evening’s ready to form a wall of sound. When Chelsea have been and gone, win or lose, De Laurentiis and Napoli will go forth together, ready for the next phase of their plan, based on ambition but conducted with a balanced businesslike approach.

A little squad strengthening may be as much as they need before they can realistically challenge for the Serie A title once more. And as much as the players are worshipped like gods around the streets of Naples, the Maradona figure in this success story lies in Aurelio De Laurentiis.