By Ben Hayward
The stadium, which was inaugurated last year, gives Ireland their first big continental showpiece tonight as Porto meet Braga in all-Portuguese Europa League final in Dublin
Ireland have never before hosted a European final in football. But tonight, in an all-Portuguese affair between Porto and Braga, the award-winning Dublin Arena takes centre stage as it hosts the Europa League showpiece.

Built on the site of the old Lansdowne Road stadium, the Dublin Arena is the new home of Irish football and rugby, cost in excess of €400 million to build and can hold more than 50,000 spectators for matches (or 65,000 for concerts).

Built with steel imported from Italy and inaugurated in August of last year with a friendly match between Ireland and Argentina, the stadium's roof is designed to undulate in a wave-like manner in order to avoid blocking the light from nearby houses.

Indeed, such empathy for the environment saw the stadium architects Populous win a British Expertise International award in the category of Sport, Leisure and Tourism last year. And tonight, Irish eyes will be smiling with pride as the world watches the Europa League final beamed live across the globe from the Dublin Arena.

Below are six images of the arena, from early on in the construction process to the present day... 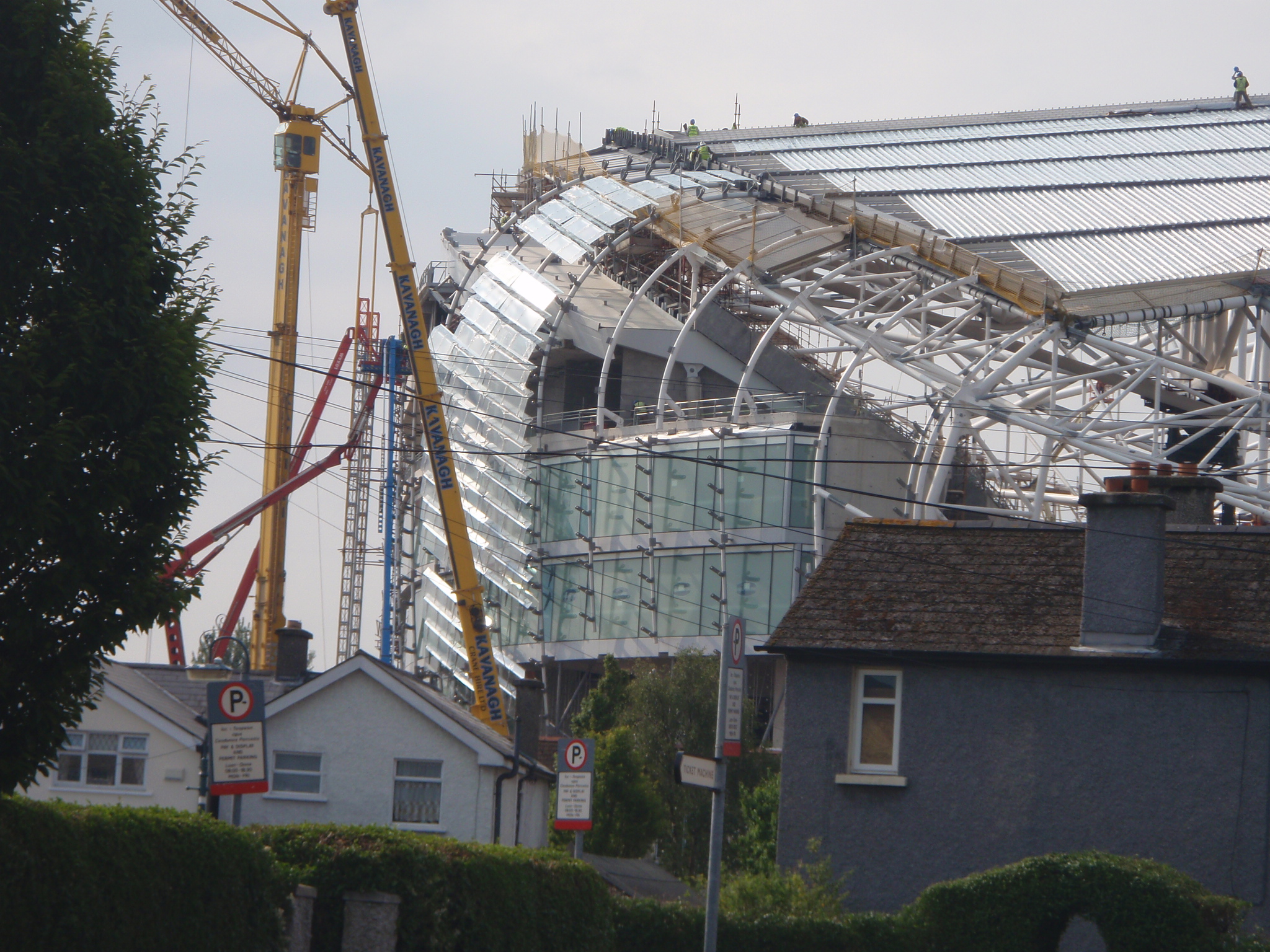 A new home | The Irish stadium begins to take shape 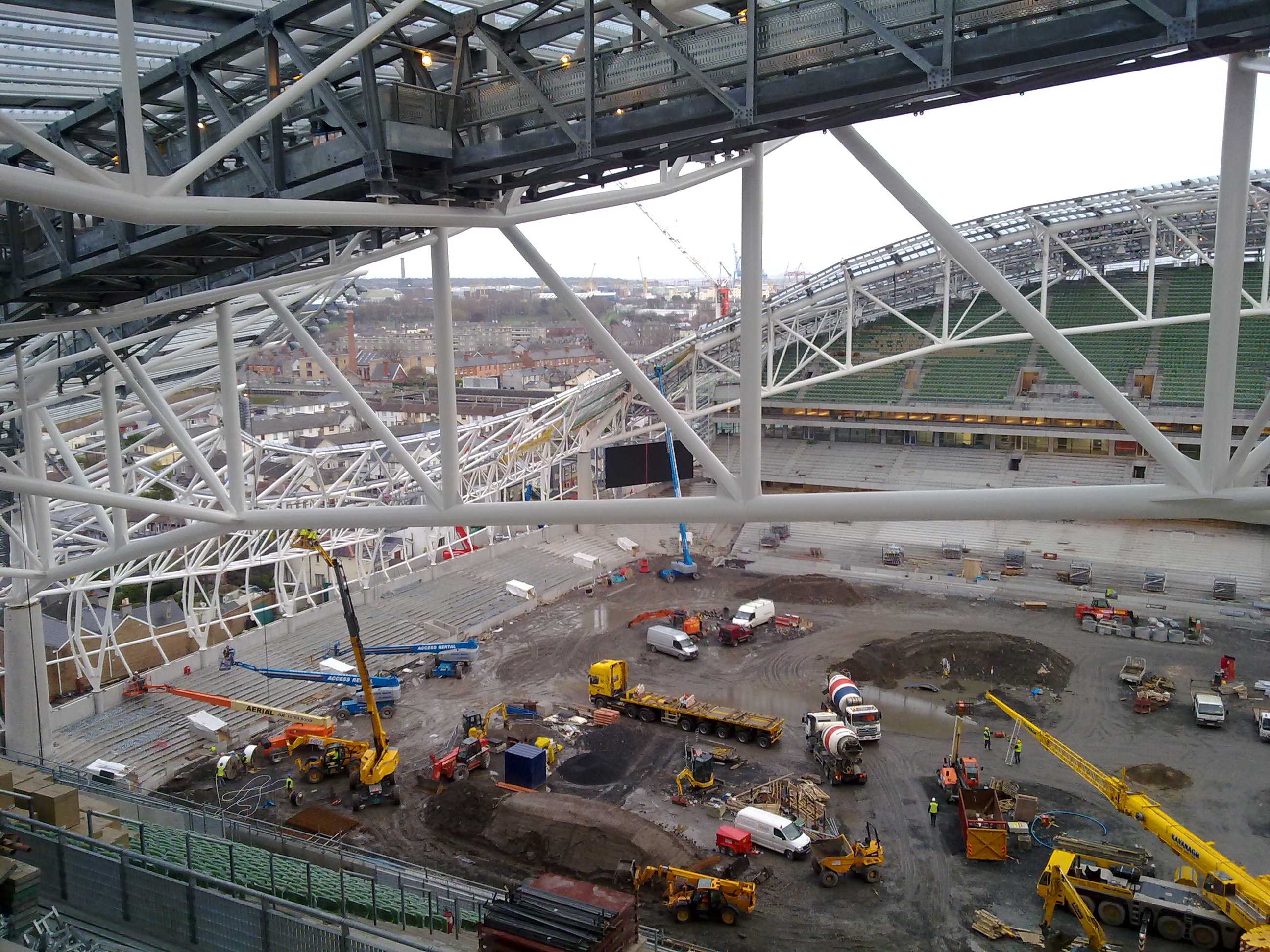 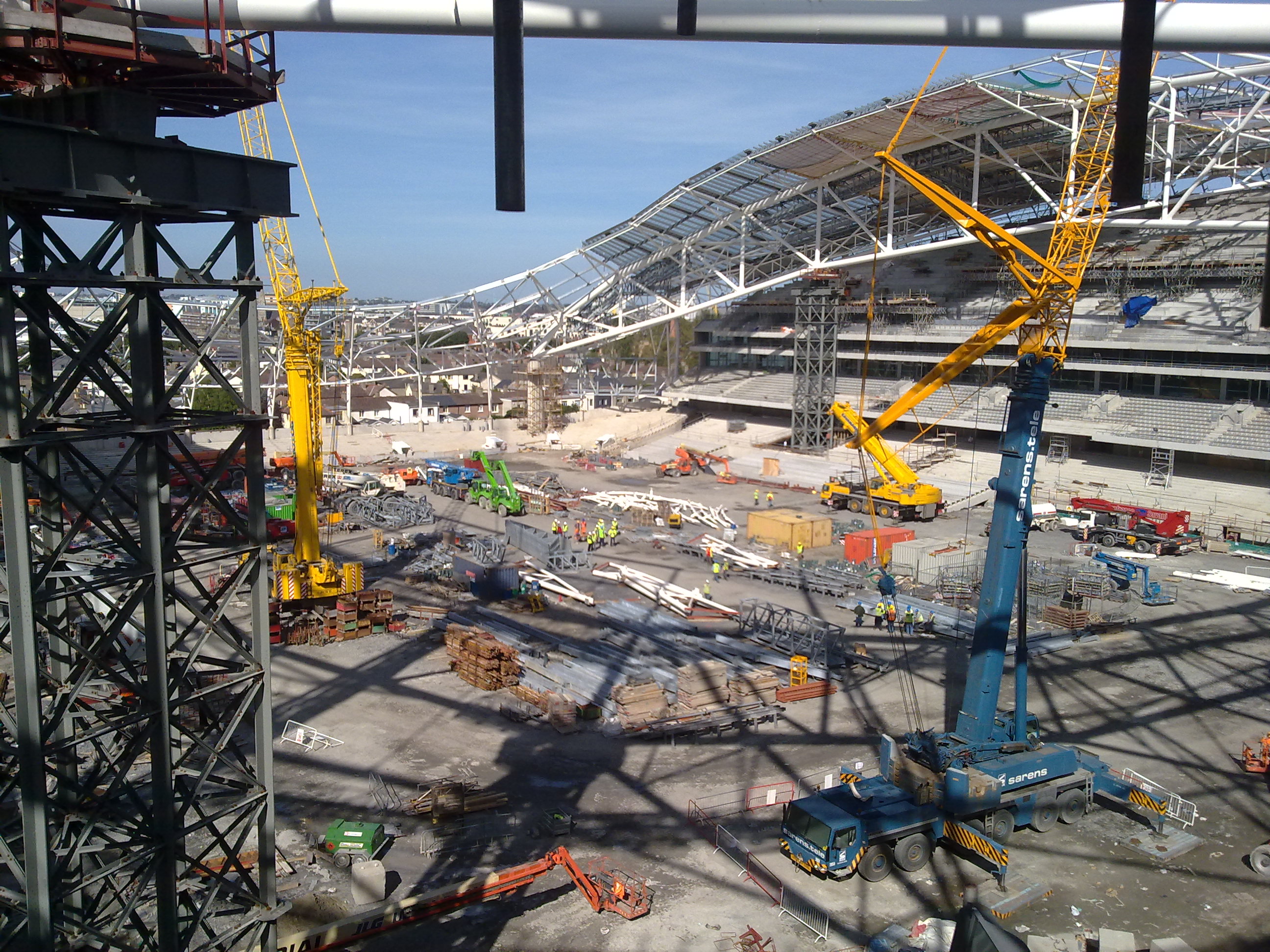 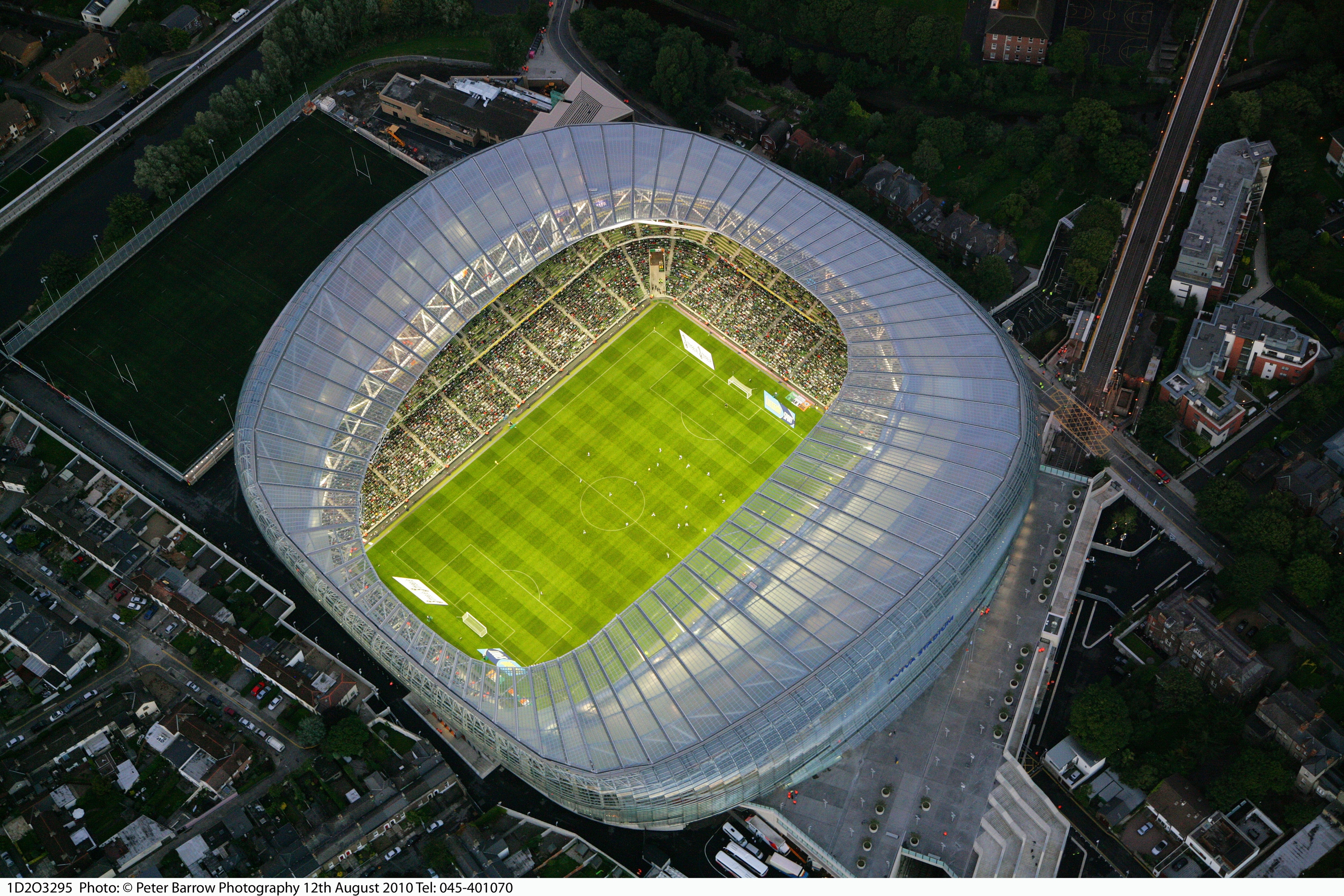 World looking in | The stadium will be under the spotlight tonight