Porto coach has guided the Portuguese to glory, just as Mourinho did in 2003, and the careers of both men produce some interesting comparisons
FEATURE
By Paul Macdonald

On Saturday evening, Porto triumphed 2-0 in Maritimo to ensure that they ended their title-winning season unbeaten. The Portuguese giants had already celebrated regaining their crown from rivals Benfica with six weeks of the campaign to spare, and their invincibility domestically has been one of Europe's most impressive achievements in 2010-11.

Masterminding this run - which has also taken the Dragons to the Taca de Portugal and Europa League finals - is Andre Villas-Boas, their ambitious, meticulous coach. The 33-year-old is emerging as one of the most respected and coveted tacticians in the game, and his heroics with Porto, driving a team that had finished third in the previous campaign to unprecedented success, have inevitably led to speculation over moves to Chelsea, Juventus and Roma.

Villas-Boas has emerged from under the guidance of Jose Mourinho to become a leader in his own right, and the similarities between pupil and mentor are numerous, and intriguing. 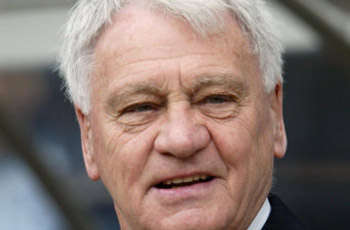 Villas-Boas left an indelible impression on then-Porto coach Robson, who was awestruck at the enthusiasm and knowledge base showcased by the 16-year-old, who lived in the same apartment block as the Englishman when he was manager of the Dragons in the mid-1990's.

He immediately appointed his new companion in an analytical role with the Portuguese club, a position that cultivated his particular approach to management. His rise to prominence is akin to Robson's discovery of an eager interpreter who wished to further himself in the game: Mourinho shadowed Robson at Sporting Lisbon, Porto and Barcelona, honing his own techniques in the presence of the legendary figure.

When Mourinho became Porto boss in 2002, Villas-Boas' reputation that he had earned under Robson led to his appointment as assistant coach, and he retained the post under 'The Special One' at Chelsea and then Inter.

The age-old debate continues to rage inside the football world as to whether great players make great managers, but both Villas-Boas and Mourinho did not progress beyond a modest level of competition in their youth. Utilised initially by Robson because of their grasp of English, both made up for their lack of experience by becoming students of the game.

By being attentive to the style firstly of Robson, their humility and willingness to learn have been characteristics that have been noted by each subsequent coach that they have worked alongside.

Rather than being able to compete and collect tactical and training techniques as a player, both have approached the game from the outside looking in, and have not been affected by convention or traditional ideas. Instead, in order to broaden his education, Mourinho immersed himself in statistics and footage of the opposition in order to gain an advantage – ideas that his protege continues to implement and adapt. 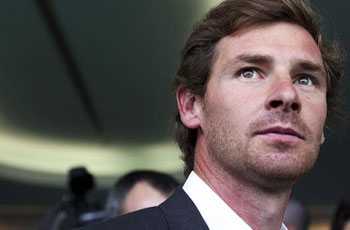 Mourinho requests for an exhaustive dossier to be compiled on the next team he will face, something that began in earnest when working under Louis van Gaal at Barcelona. The Dutchman was impressed by his assistant's attention to detail, and he has carried on these ideals.

Villas-Boas was the man enlisted to scout opposition for Mourinho at Porto, and his gathering of data extended to providing each player in the match squad with a bespoke DVD containing information on the player they would be in direct competition with on matchday.

The information not only catalogued tangible data but also strived to provide a psychological profile on each player by assessing their mannerisms in training sessions. This undeniable desire to leave nothing to chance is a notorious trait of Mourinho, and one that Villas-Boas has also embraced.

Villas-Boas remains respectful of the opportunities offered to him by Mourinho, but cringes at consistent comparisons with his former boss, despite the obvious similarities. It was his decision to become his own man that led to a breakdown in the relationship of the pairing. But Mourinho did something similar with Robson in 2002, who begged him to become his assistant at Newcastle. He decided he wanted to rise to the challenge of coaching on his own terms – just as Villas-Boas would do to him seven years later.

Both men took steps into the relative unknown, but it is in their debut seasons at Porto that they began to defy statistics and lead their respective players on a series of record breaking runs. Mourinho's incarnation romped to the league title losing only two games in the entire campaign, while Villas-Boas' team haven't lost a single match.

In Europe, Derlei's goals propelled the Dragons through the rounds eight years ago and earned him the top scorer accolade, just as Falcao, whose 16 efforts this season make him the tournament's record holder for goals in a single campaign, has driven the class of 10-11 past every opponent that has lay in their wake.

Mourinho enjoyed just short of a 77 per cent win ratio that year – this season, Villas-Boas has achieved an astonishing 83% - it is easy to see why this Porto team, and the efforts of its coach, are being held in such high esteem. 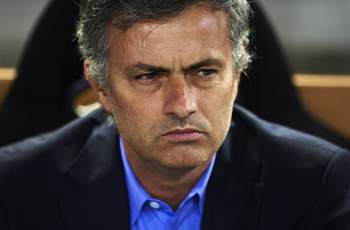 Porto have been fortunate indeed in the past decade that their decisions to appoint two relatively inexperienced coaches have facilitated two of the most successful seasons in the history of the club.
When Mourinho arrived at the Dragons in mid-2002, he had enjoyed relative success at Uniao de Leiria and a brief spell at Benfica, but was taking on a Porto side languishing in mediocrity. He brashly announced that he would make the team champions the following season – a promise he would keep in emphatic fashion.

Similarly, Villas-Boas had led an Academica outfit seemingly doomed to relegation into a respectable league position, and was thrust into the limelight at the Portuguese giants after Jesualdo Ferreira's 2009-10 campaign had ended with the unthinkable – failure to qualify for the Champions League.

His appointment was just as much of a gamble as that of Mourinho; despite his young age and the positive attention he had received, handing over the reigns to Villas-Boas was regarded as a unnecessary risk at an uncertain time. But the determined coach defied his critics by storming to a league title that never looked in doubt, and, just as Mourinho did eight years previously, cemented his reputation of one of Europe's hottest prospects. 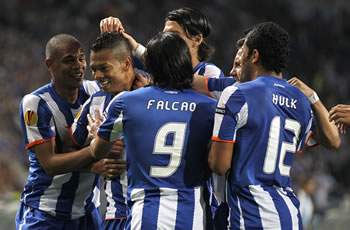 Back in 2003, the UEFA Cup was still regarded as a significant European trophy, before the Champions League exercised its vice-like grip on the aspirations of any major club worth their salt. In addition to domestic successes, Mourinho masterminded a semi-final victory over Lazio before beating Celtic in extra-time in Seville.

This season, Porto have rampaged through the revamped version of the same tournament, dismantling quality opposition such as Sevilla, Spartak Moscow and Villarreal with ruthless efficiency. Their progression is thanks in no small part to the scoring exploits of explosive duo Hulk and Radamel Falcao. Should Villas-Boas overcome Braga to complete an identical treble to Mourinho, it would represent yet another curious parallel in the careers of both men.

Mourinho famously followed up his UEFA Cup success by lifting the Champions League the following season, with much the same group of players. Porto have been impressive enough in 2010-11 for some to suggest that they could emerge as tournament dark horses next year.

The 33-year-old is an assured man of considered thought, and has made no secret of his desire to remain a coach at the highest level for no longer than decade. He feels that the extent to which he absorbs himself in his work does not correlate with a healthy lifestyle in such a pressurised environment. In short, he wants to create a legacy and move on.

While he is likely to take on the Champions League challenge with his elite team, there will be no shortage of suitors grappling over his appointment come the summer. With Kenny Dalglish committed to Liverpool, a move to England may have to wait, but Italian heavyweights in the form of Juventus and Roma are both plotting wholesale changes. Given Villas-Boas' propensity for adapting the personnel already available to him into winners, it is little wonder he apppeals to two clubs desperate to rekindle success. Then there is the possibility of a move to Chelsea - which would inevitably lead to even more comparisons with Jose.

Twelve months can make quite a difference, however. If he were indeed to follow Mourinho's precedent and lift the Champions League in Munich in 2012, it may be that Europe's giants will be even more desperate to land their own 'mini-Mourinho'.