By Carlo Garganese
Europe’s biggest game of the weekend ended in a goalless draw at San Siro, and Carlo Garganese offers his analysis…
1) Inter should have sold Maicon to Real Madrid

It was one of the summer’s never-ending transfer sagas, but it ended with Maicon not following Jose Mourinho to Real Madrid. At the time, this writer advised the Nerazzurri to sell the Brazilian and this view hasn’t changed. Maicon is still a very good right back, but he is clearly in decline and no longer penetrates the right flank and beats his opposite number as he did a couple of years ago. This was once again clear last night where he even failed to outsmart Paolo De Ceglie and Zdenek Grygera. Inter could have made €30 million on a player who turns 30 at the end of the season, and reinvested this in a younger star. His value will more than halve at the end of the campaign.

2) Davide Santon is a better left back than Christian Chivu

One of the biggest positives to come out of yesterday’s derby for both Inter and Italy fans was Davide Santon’s second half performance. The teenager was introduced at half time for Ivan Cordoba, with Christian Chivu vacating the left back role to fill the Colombian’s centre back position. Chivu had been terrorised time and again by Juventus livewire Milos Krasic, but in the second period the Serbian was kept relatively quiet by Santon – who spent most of last season struggling for fitness and confidence. Coach Rafa Benitez should take note. 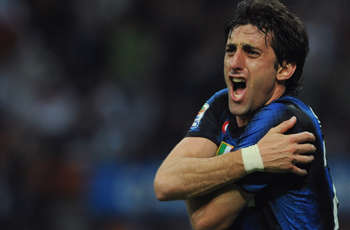 In any normal circumstances, the first half injury to Jonathan Biabiany - which saw Diego Milito enter the pitch as a 30th minute substitute – would be seen as a blessing in disguise to Inter. Not at the moment, though. The Argentine has been a shadow of the unstoppable striker he was last season. Half a yard’s sharpness and pace is missing, while his link-up and predatory finishing is way below his usual standards. At 31, Inter fans will be hoping this is just a temporary blip and not age taking its toll. What is clear, though, is that the Beneamata miss the 2009/10 Milito.

4) Coutinho is talented, but is he ready yet?

A big fuss was made about the 18-year-old this summer, with Inter president Massimo Moratti stressing that he would “more than make up” for the sale of child prodigy Mario Balotelli to Manchester City. While Coutinho is clearly very gifted, with the natural Brazilian samba step-overs, quick feet and unorthodox dribbling, there are big question marks as to whether he is ready yet to be an important member of the Inter squad this season. The starlet cuts a very lightweight figure, and last night he was kept in check pretty comfortably by Juventus’ weak link full backs Grygera and De Ceglie. 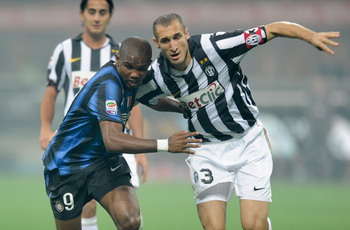 If it didn’t already need confirming, considering we are talking about a player who has scored approaching 300 goals in his career and won four league titles and three Champions Leagues with different clubs, Samuel Eto’o is an all-time legend. In fact, he is staking his claim to be the greatest African player of all time. Last night, the Cameroonian continued his unstoppable early season form that had already yielded 11 goals in 9 games and the Juventus defence were visibly terrified every time he picked up the ball. The 29-year-old almost recreated George Weah’s legendary goal for Milan against Verona in 1996. In the second half he picked up the ball inside his own half, and explosively dribbled past four opponents before eventually being crowded out inside the Juventus penalty area as he was about to shoot.

Juventus may not boast a title-winning team or squad this season, but there have been clear signs of major improvement. The Old Lady held both Manchester City and Inter to deserved away draws in the space of four days, and seem to be really working as a team once again. The backline finally looks solid - defending and moving as a unit – and while there are clear individual and positional weaknesses such as at full back, left midfield and centre forward, as an XI Juve are getting their act together. If Luigi Del Neri’s men can maintain this level, then a top four finish at the very least should be attained.

The injury-prone schemer had his best game since joining in the summer, with most of Juventus’ best moves originating from his incisive and accurate passing. The Old Lady have been badly lacking a centre midfielder in recent years who is able to pass and direct the play. Should he manage to stay fit – which is a very big if – then Aquilani certainly has the ability to be this man. The 4-4-2 is also tailor-made for him as he is a very complete midfielder – it is no coincidence that Juve have kept the ball much better when he is in the team.

8) Felipe Melo is finally showing his worth 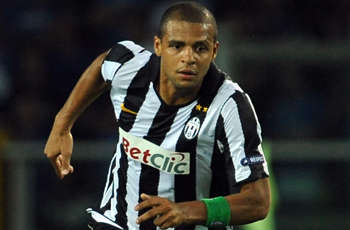 In 2008/09, Felipe Melo was arguably the best midfielder in Serie A following a brilliant debut season at Fiorentina. An equally impressive 2009 Confederations Cup with Brazil led to a big money-move to Juventus that summer, but his first Turin term was nothing short of disastrous as he was caught short technically, physically and mentally. Since the arrival of coach Gigi Del Neri – the moment of Europa League penalty madness against Lech Poznan aside – Melo seems to have been reborn. Against Inter last night he was the beast in the middle-of-the-park Juve signed him to be, with his passing, pace and composure also surprisingly imposing. Can the Brazilian keep it up?

9) Juventus must buy a top class full back, possibly in January

Against Inter, Juventus’ weaknesses at full back were not as exposed as much as they should have been. This was partly due to the Bianconeri defence working well as a unit, makeshift left midfielder Claudio Marchisio forfeiting all attacking duties, as well as Inter fielding second choice widemen Coutinho and Biabiany. Yet, Juve won’t enjoy such privileges all the time and one never felt secure last night that Inter wouldn’t break through in these areas.

10) Juventus are over-reliant on Milos Krasic in attack 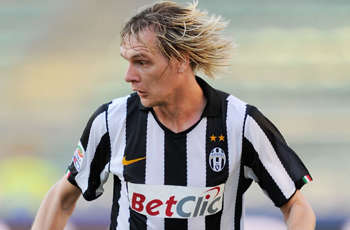 There have been some top-class foreign signings in Serie A this season. Lazio's Hernanes, Cesena's Yuto Nagatomo and 'White Rivaldo' Josip Ilicic of Palermo have all taken Serie A by storm, just as Juventus newboy Milos Krasic has. The Serbian ran Chivu ragged in the first half, and although he was quieter after the break against Santon there is no doubt that Italy's most successful club have a really special player on their hands. But, Juve are currently relying too heavily on Krasic who is bearing the entire attacking burden. Luigi Del Neri must find more outlets capable of hurting the opposition before the team becomes predictable and defenders target Krasic for some rough treatment.