Vertonghen was suspended for Ajax's opening game against Real Madrid on Matchday One and the Dutch giants were a mess at the back. The centre-back is back for the match against Milan and he will be pencilled in to smother the threat of Zlatan Ibrahimovic. The 23-year-old is one of the strongest and capable defenders in Dutch football and his calibre will be put to the test against one of the finest strikers in Europe.

Ibrahimovic has been Milan's best player for the past three or four matches and was on target twice against Auxerre at the San Siro. The Sweden international is not always in the match but his deft touch, innate ability to read the game and genius will come into good use to unlock Ajax's defence. The tall stature of the former Juventus and Inter striker could also come in handy, even though Vertonghen (as well as Alderweireld) is tall too.

Anita is a good player but he is arguably a weak link in what is quite a strong and capable Ajax backline. The 21-year-old scored an own goal against Madrid at the Bernabeu but on Tuesday evening he will have to be on top of his game. Anita can be adventurous and tends to leave space at the back - against Milan the Netherlands international must be aware of the threat of Robinho down his flank. 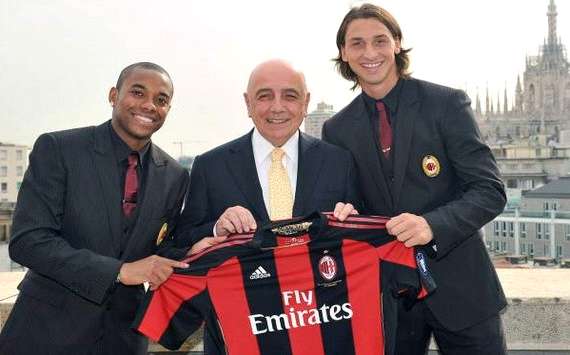 If Robinho hasn't been firing on all cylinders for Milan since being signed from Manchester City in the summer, then it is because he hasn't play that many minutes. The Brazilian has not always started from the first minute but against Ajax he could be unleashed right away. Robinho rejuvenated himself at Santos in the second half of 2009-10 and the former Real Madrid man will be aiming to make the best of what he gets in these early stages of the season.

This could be a direct head-to-head battle if Jol plays a flat 4-3-3 system and puts De Jong in centre-midfield. However, since Eyong Enoh is fit again, De Jong will be played further up the field. Nevertheless, the 21-year-old will be expected to nullify the threat of Andrea Pirlo from time to time by his own creativity and passes. Some have compared him to Wesley Sneijder and De Jong will try to put on an all-round performance against Milan.

Ajax have a sensational attack line and for Milan to neutralise that they will need to be the better side in the midfield. With Gennaro Gattuso likely to miss out because of injury, the bulk of the responsibility for anchoring the midfield will fall on Pirlo.

The deep-lying playmaker will have to be at his smart best as he will be hounded by the more agile and younger De Jong. But the Italy international is more experienced, especially in European football and his intelligence could be crucial in frustrating De Jong. 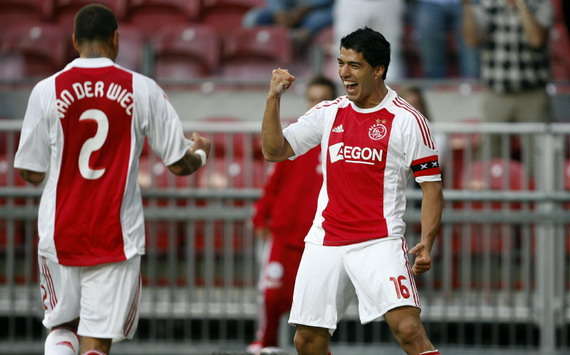 Luis Suarez is one of the best and most prolific strikers in European football and he will provide a stern test for Milan's fragile and yet-to-fully-convince defence. The Uruguay international can score from virtually every position and is a very tricky player to mark. He also possesses the ability to create chances for his team-mates.

Thiago Silva will be up against Luis Suarez and the highly rated Brazil international centre-back will be aiming to stop the Uruguayan from getting into his rhythm. Milan's full-backs pose problems and are weak; along with Nesta, Thiago Silva will have to strengthen the back-line and condense space so that the likes of Suarez are unable to move freely and create much danger.