The Barcelona ace's hat-trick against Manchester City took his tally in the competition on home soil to 50, beating Raul's previous record of 49

Lionel Messi's hat-trick in Barcelona's 4-0 demolition of Manchester City on Wednesday establishes him as the scorer of the most goals at home in the Champions League.

The Argentine's strikes either side of half time took his tally at the Camp Nou to 50, yet another milestone in the forward's career as he surpassed Raul on 49.

Messi's tally of 16 goals in total against English teams establishes them as his favourite opponents, while only Real Madrid have scored more Champions League hat-tricks (nine) than the seven under his belt. 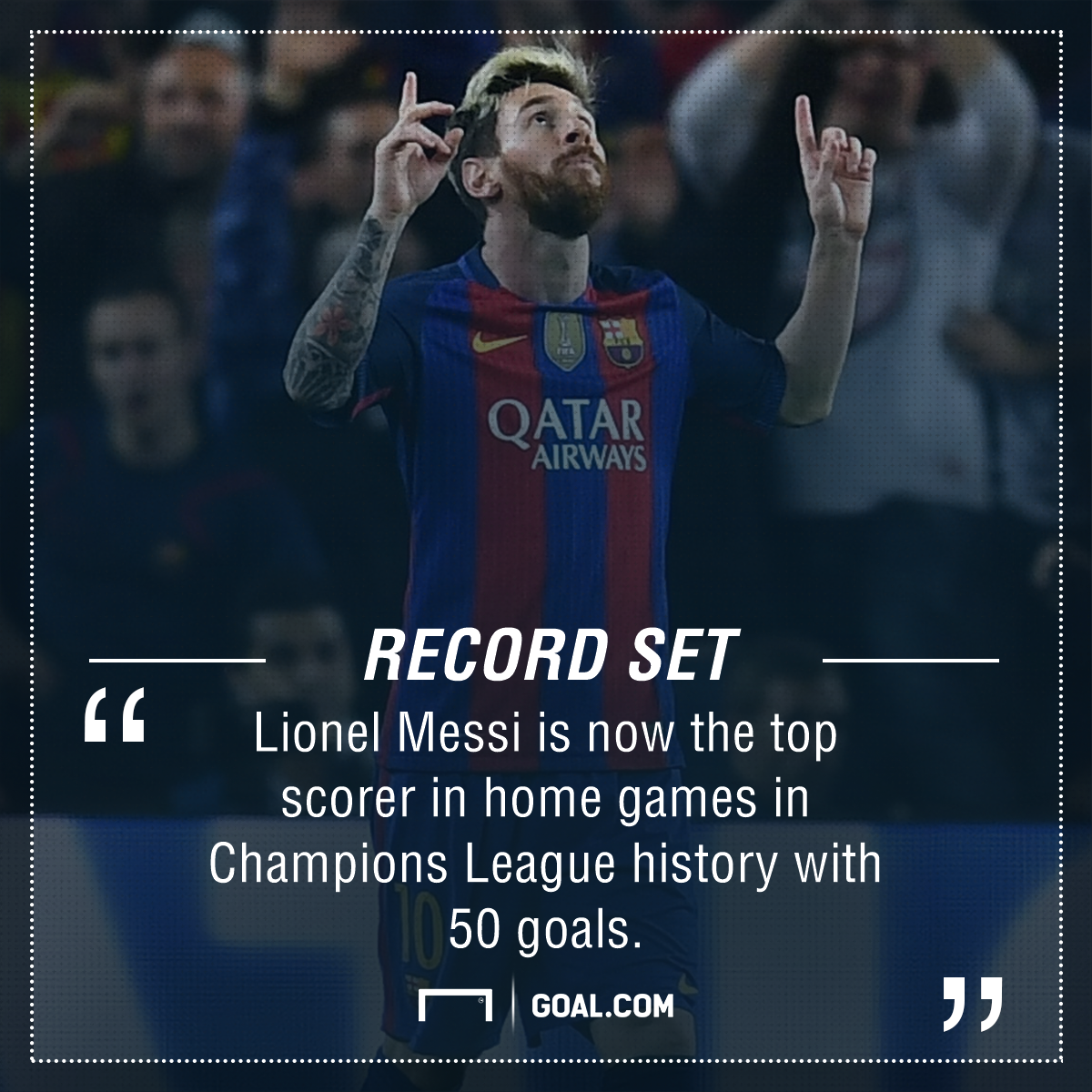