Oliver Platt
The ex-Arsenal defender, who has joined the Italian club on loan from Barcelona, received a second yellow card just 41 minutes into the Champions League play-off against Porto

Thomas Vermaelen was sent off just 41 minutes into his Roma debut against Porto for two bookable offences.

The ex-Arsenal defender saw red after catching Andre Silva with a high leg as the forward looked to burst through on goal in the Champions League play-off match.

Roma had taken the lead through a Felipe own goal but Silva netted into the second half to draw Porto level against their 10-man opponents. 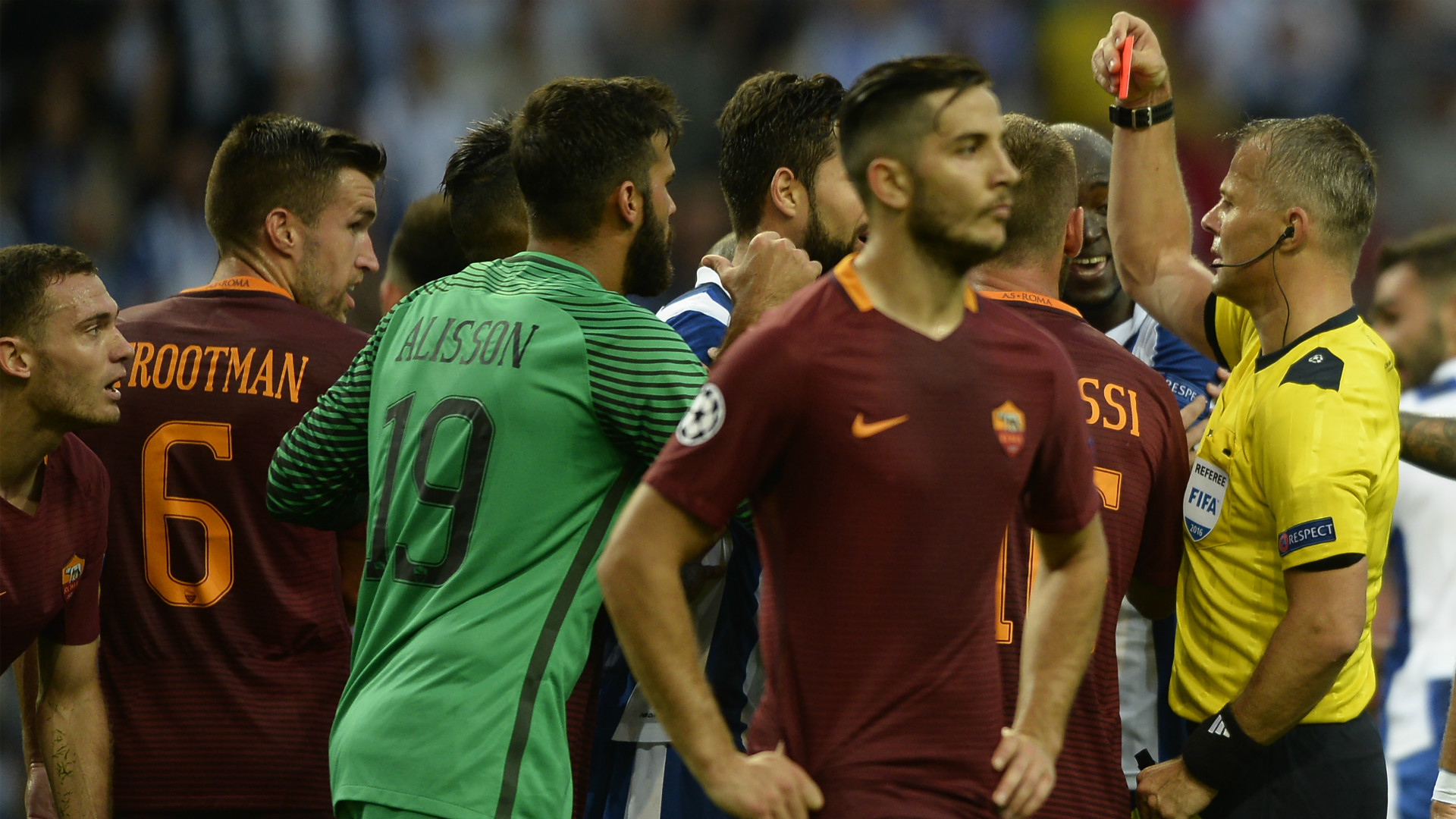 Vermaelen joined Roma from Barcelona on a one-year loan deal with the option to buy on August 8 after finding opportunities difficult to come by at Camp Nou.

He made just 11 league appearances over two seasons in Spain after leaving the Gunners in a £15 million deal.