By Ignasi Oliva
Goal’s Champions League ambassador has rejected the notion that the Blaugrana receive preferential treatment and had his say on the Lionel Messi-Cristiano Ronaldo debate
Carlo Ancelotti says that Barcelona are not subconsciously favoured by referees in the wake of their controversial win over Atletico Madrid last week. 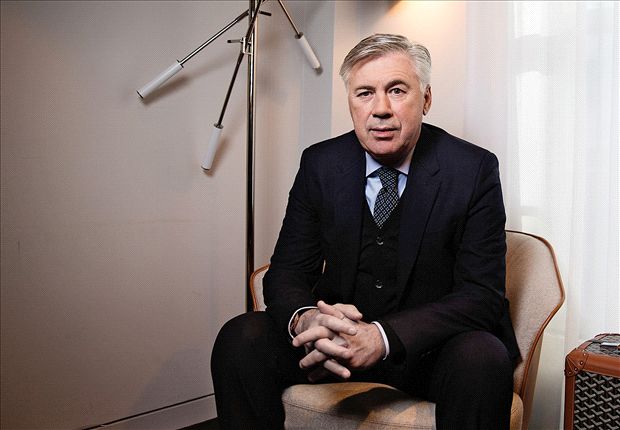 The Blaugrana defeated Atletico 2-1 in the first leg of their Champions League quarter-final at Camp Nou, a game which saw German referee Felix Brych send Fernando Torres off in the first half for two yellow cards but Barca’s two-goal hero Luis Suarez escape punishment for kicking out at Juanfran.

After the match, Atletico cried foul with Filipe Luis complaining that “Barcelona are protected, you realise the fear when Barcelona could get knocked out. It would hurt Uefa a lot.” 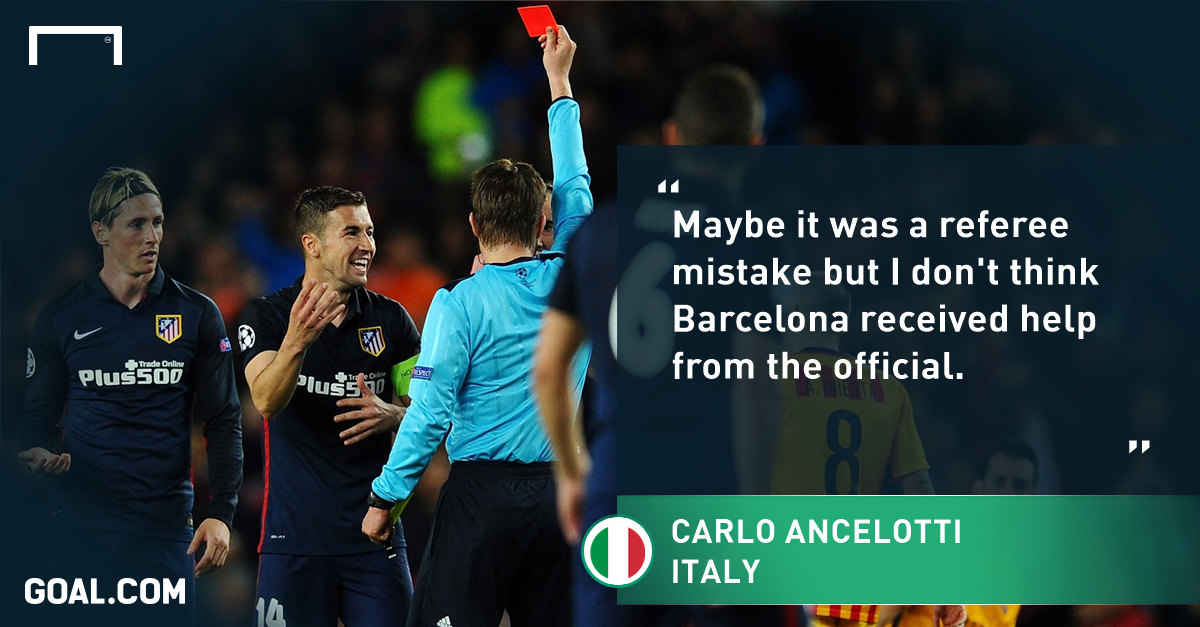 "Not at this level,” Ancelotti told Goal.

“The referee level is very high. Sometimes referees can make mistakes. Sometimes these mistakes work in your favour and other times they do not.

“I try to respect the work of the referees, who have a very difficult job. [Brych] has an excellent reputation in Europe and I don't think he helped Barcelona, even if it is possible he committed mistakes because everyone does.

“The [red card] could also be viewed as naivety by Torres. Maybe it was a referee mistake but I don't think Barcelona received help from the official.

“When my Paris Saint-Germain side went out to Barcelona in the Champions League three years ago, it was Lionel Messi entering the pitch that changed the game [not the referee]; it was also the power of the fans at Camp Nou.”

The aforementioned Suarez proved decisive against Atletico, firing home twice in the second half to overturn Torres’ opener.

The Uruguayan has now scored 45 goals in as many games this season in all competitions – so is he now Barcelona’s most important player? 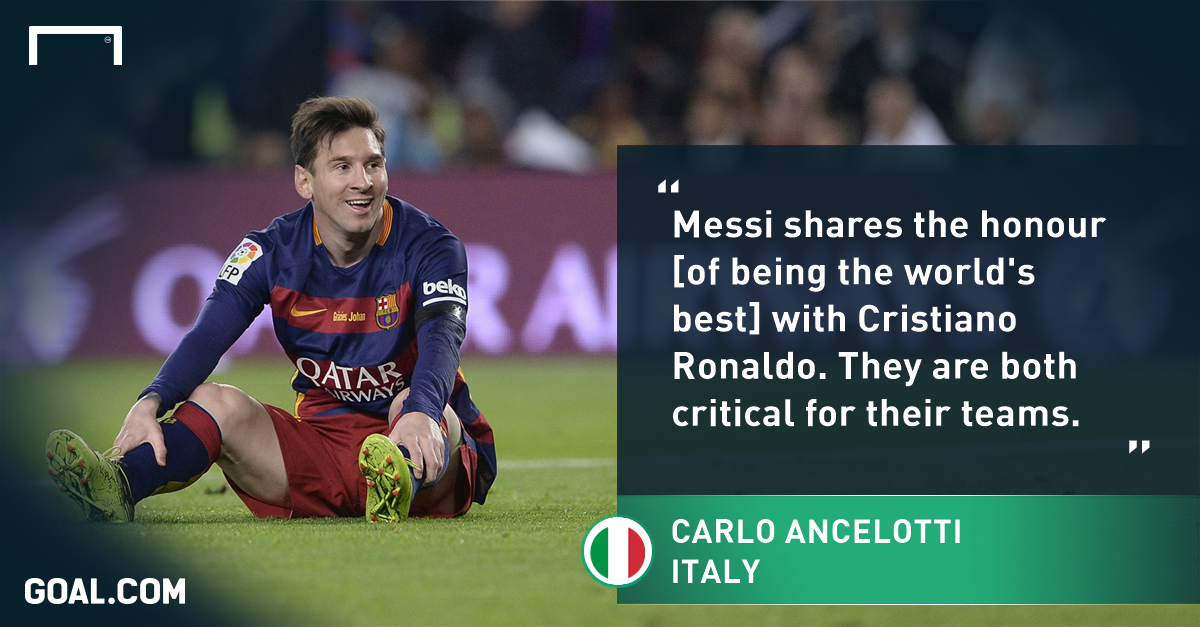 “Sometimes you need to take care of Messi, and at other times Suarez or Neymar. It is difficult to say who is the most important of the three, but I think for Barcelona, Messi is still their number one.

“Messi shares the honour [of best player in the world] with Cristiano Ronaldo. Both have different qualities but both are critical for their teams.”

Ancelotti’s former club Real Madrid have endured a miserable season and risk ending the campaign trophyless once again. This has led some experts to suggest that Atletico could become Spain’s ‘second team after Barcelona.

"Over the last few years, Atletico have become one of the most important teams in Europe. They have a concrete vision and philosophy but in terms of history, Real Madrid are still the reference point in Madrid,” the Italian concluded.