By Peter Staunton
The pair worked together in the French capital, winning the Ligue 1 title, and the 5-time Champions League winner believes his former charge has continental glory in his sights

Former Paris St-Germain coach Carlo Ancelotti says the Champions League is a ‘special competition’ for Zlatan Ibrahimovic and believes that the talismanic striker would like to win it before he decides to call time on his career at the top.

Ibrahimovic scored in each leg as PSG eliminated 2012 champions Chelsea in the last 16 and, despite winning league titles in four countries during the course of a glittering career, has never laid his hands on Europe’s top prize.

The Swedish icon is out of contract at Parc des Princes this summer and Ancelotti says that the Champions League trophy is the one that Ibra would love to add to his collection.

Goal columnist Ancelotti coached Ibrahimovic and his PSG team-mates to the French Ligue 1 title during the 2012-13 season and the Parisians are firmly on course to win four crowns in a row, and Ancelotti states that the ultimate ambition of the club’s Qatari owners is to win the Champions League.

“Last year they reached the quarter final. This year I think they want to be in the first four positions of the Champions League. Step by step, you can reach one day to win the trophy.” 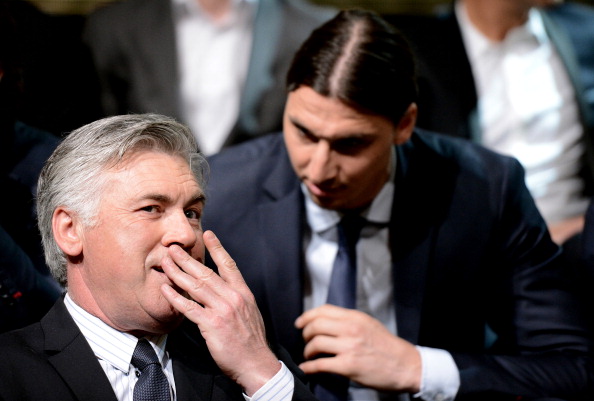 To aid their quest for European dominance, PSG have spent big in recent seasons with last summer’s landmark signing from Manchester United, Angel Di Maria, excelling in both legs against Chelsea.

“Di Maria brings energy, power and experience to this team,” he said. “He can help the team to be better compared to last season.”