By Robin Bairner
The duo were decisive in Paris, but that was merely a flash in the pan in what has been a difficult campaign for both in which they have shown they cannot be relied upon
For the third time in as many years, Paris Saint-Germain travel to Chelsea’s Stamford Bridge home seeking progress in the Champions League.

Last season they showed tremendous character to progress via the away goals rule after the early dismissal of Zlatan Ibrahimovic, but the previous year it was the Blues who came out on top, having successfully rallied from a 3-1 first-leg deficit.

Now a place in the last eight is up for grabs, with PSG holding a delicate 2-1 lead.

That the Parisians find themselves in the ascendancy, even if the margin is slim, owes much to two men: Kevin Trapp and Edinson Cavani, who have spent much of the season at the Parc des Princes as anti-heroes. It was therefore quite ironic that they should both be decisive on the biggest night of the season, when others were expected to shine.

Trapp, in particular, has been one of the few flops of PSG’s season. Brought in to replace Salvatore Sirigu as first choice in goal due to his greater ‘footballing’ ability, the 25-year-old has committed a slew of calamitous errors, despite being protected by the best defence in France.

Indeed, had it not been for his, frankly, awful positioning as PSG lost 1-0 to Real Madrid in the Bernabeu the French champions might well have gone on to win their group and, therefore, faced a more manageable last-16 tie than Chelsea. 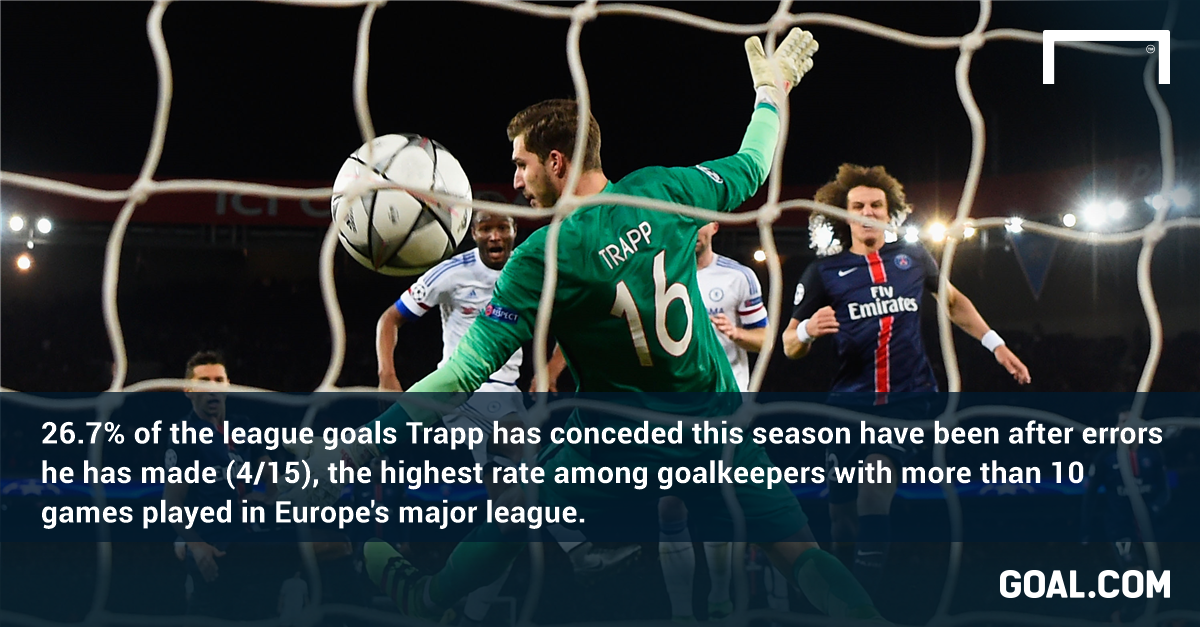 Doubts were cast on the German’s big-game mentality after that defeat, yet Blanc retained an unwavering faith in his €9 million summer signing in the face of many critics, who argued Sirigu was a more reliable figure.

“Mistakes make me angry but I have to analyse them and work to cut them out,” he told Focus. “I understand the fans whistling. They were big mistakes and I don’t know how I’d react if I was in the stands. It happened to me in Frankfurt and I know how to overcome them.”

Trapp, however, shone in the first leg to such an extent it was hard to believe there were ever any concerns over his qualities. Diego Costa has particular cause to rue the keeper, who made an incredible reaction save to turn the Spain international forward’s powerful close-range header on to the bar.

The reality is that grave doubts continue to plague Trapp ahead of a match Blanc has described as PSG’s “biggest” of the season to date.

While the goalkeeper will start the game, assuming there is no last-minute drama, Cavani will likely be among the substitutes. 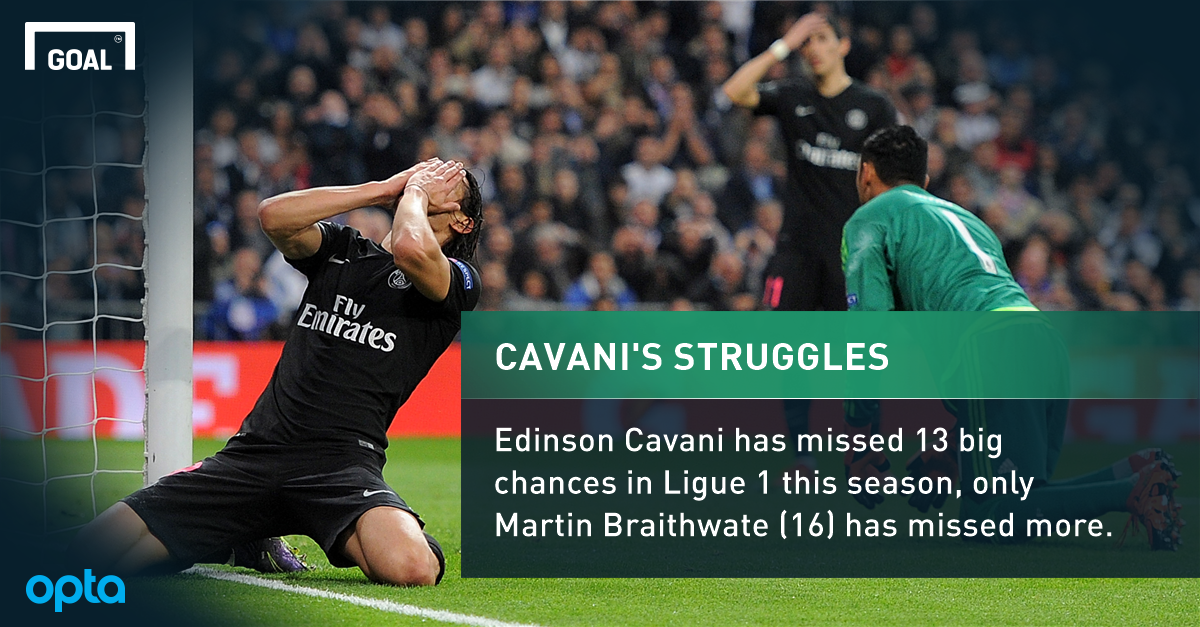 The struggles of the Uruguayan, who operates at the opposite end of the field to the German, are well known. Although it has been argued that he has been shoehorned into a wide role to accommodate Ibrahimovic, still the fulcrum of the PSG attack, through the centre, there is evidence to suggest otherwise.

Cavani has started as a centre-forward for PSG this season on 13 occasions, and from these matches has produced only five goals. One of these strikes came against a Troyes side in the midst of setting a record for the longest run at the start of the Ligue 1 season without a victory, while another was versus what amounted to little more than a Saint-Etienne youth team in the Coupe de la Ligue.

Like Trapp, the Uruguayan must also shoulder some blame for PSG’s failure to win their group. He was presented with a catalogue of chances to score in Madrid but contrived to miss them all in a costly defeat.

While the 29-year-old did plunder the winner at Parc des Princes three weeks ago, it was only his second Champions League goal of the season, and the first since the opening night of the campaign against Malmo. His is not the record of a world-class forward.

Little surprise, then, that he will likely be on the bench. In part this owes much to the work and perseverance of the increasingly decisive Lucas Moura, but Cavani has already had his chance on this stage and failed. 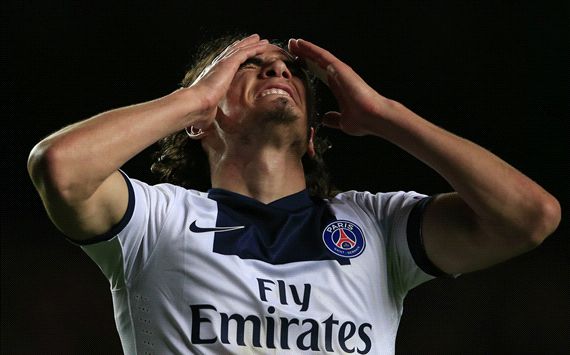 Back in 2014, with time running out in the second leg as Chelsea trailed 3-2 on aggregate, the striker had a couple of opportunities to put the match to bed. The first he fired high but the second was far more presentable. Yohan Cabaye’s perfect pass gave him the ideal chance to beat Petr Cech, yet he floundered hopelessly. With 15 minutes left, a goal would have ended the tie.

Last term his Stamford Bridge jitters returned. Having rounded Cech, he struck the post. While a tight angle and two retreating defenders meant that chance was not entirely simple, it was one he was expected to take.

Like Trapp, his contribution in Paris came against the grain of a disappointing season, and while he remains a player to watch from the bench, his reputation remains greater than his capability.

Blanc may not care for quite such drama this time around, but the important thing for him is that PSG progress. And it does not matter who stars.