As a Goal columnist, Carlo Ancelotti will provide his expertise and insight on this season’s Champions League through an exclusive series of columns and videos.

Former Chelsea boss Carlo Ancelotti has revealed that he was interested in signing Robert Lewandowski during his time in charge at Stamford Bridge.

Ancelotti spent two years with the Blues, winning a domestic double in his first season at the helm before being sacked at the end of a trophy-less 2010-11 campaign.

However, the Italian cannot help but wonder about what might have been had he managed to land Lewandowski, who joined Borussia Dortmund from Lech Poznan in 2010 and, after initially struggling to settle at Signal Iduna Park, quickly established himself as one of the deadliest strikers in the Bundesliga.

Indeed, Ancelotti explained that he retained a strong interest in signing the Poland international after taking charge of Real Madrid in 2013 only to be left disappointed by the news that the forward would be joining Bayern Munich the following summer.

"He's a player that I have always followed, particularly in the first part of his career, when he was at Borussia Dortmund," the 56-year-old told Goal.

"Lewandowski was being followed by many clubs, not just me. But even when I was at Chelsea, I was tracking him.

"Also, while I was at Madrid, but by then he was already going to Bayern, so it was too late." 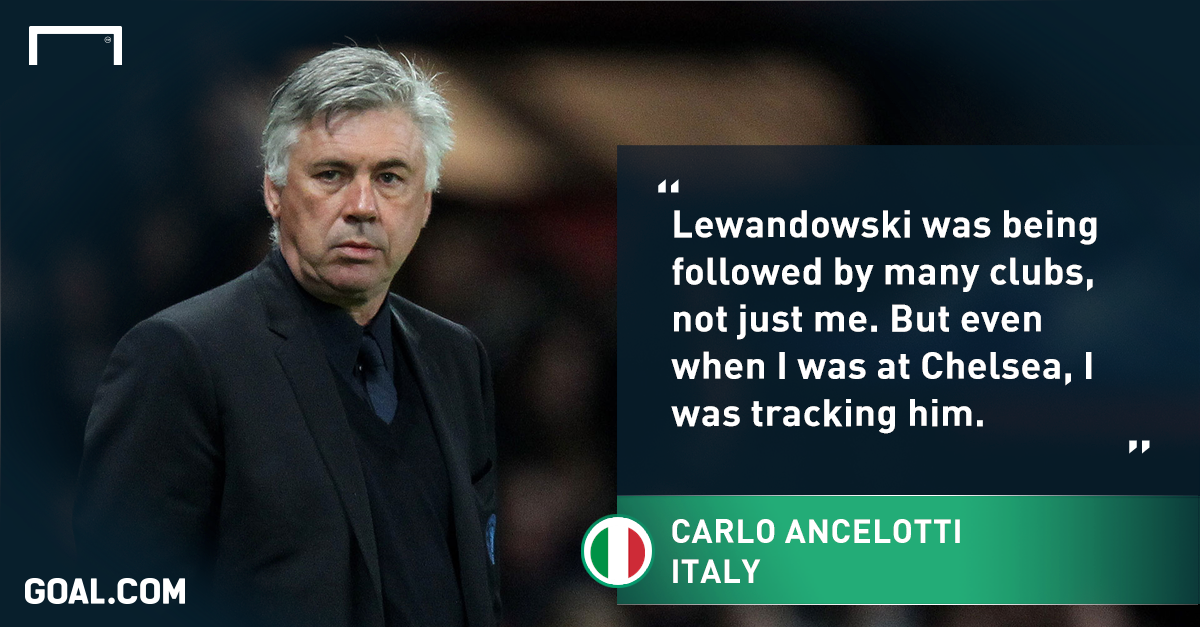 Lewandowski is currently the form striker in Europe, with the 27-year-old racking up 15 goals in six games for club and country prior to the weekend.

He failed to find the back of the net in Bayern's Champions League opener against Olympiacos but his treble in the subsequent 5-0 demolition of Dinamo Zagreb has propelled him into second place in the leading scorers' charts for 2015-16, just two behind Real Madrid hotshot Cristiano Ronaldo.

Ancelotti believes that Lewandowski is more than capable of challenging Ronaldo and Barcelona ace Lionel Messi for the title of top marksman in this season's tournament.

"He has the characteristics to finish as top scorer and he has the team to support him," the ex-AC Milan boss added. "He has a team around him that scores so many goals.

"The battle for top scorer will be fought by the usual suspects: Messi, when he returns from injury, and Cristiano Ronaldo.

"But Lewandowski certainly has the quality to become the Champions League's top scorer this season.

"Indeed, the only way you can stop him scoring at the moment is by taking away the supply line, but it's not easy because Bayern play very offensive football and always have possession of the ball."
Close