The likes of Gareth Bale, James Rodriguez and Gervinho scored big on Matchday One and could boost your side to the top of your league in the coming week of fixtures
Roma and Real Madrid’s attacking stars quickly took their place at the top of the Uefa Champions League Fantasy Football player rankings after their 5-1 victories over CSKA Moscow and Basel respectively on Matchday One.

Gareth Bale and James Rodriguez both made it into a best XI of Fantasy Football performers so far with a goal apiece at the Santiago Bernabeu, and were joined by Roma forwards Gervinho and Juan Iturbe.

Cristiano Ronaldo and Karim Benzema were unlucky to miss out having also opened their accounts for the season with a goal apiece as Carlo Ancelotti’s side made a flying start.

The undoubted star of the week, however, was Porto’s Yacine Brahimi, who scored a hat-trick to collect 17 fantasy points on his Champions League debut. 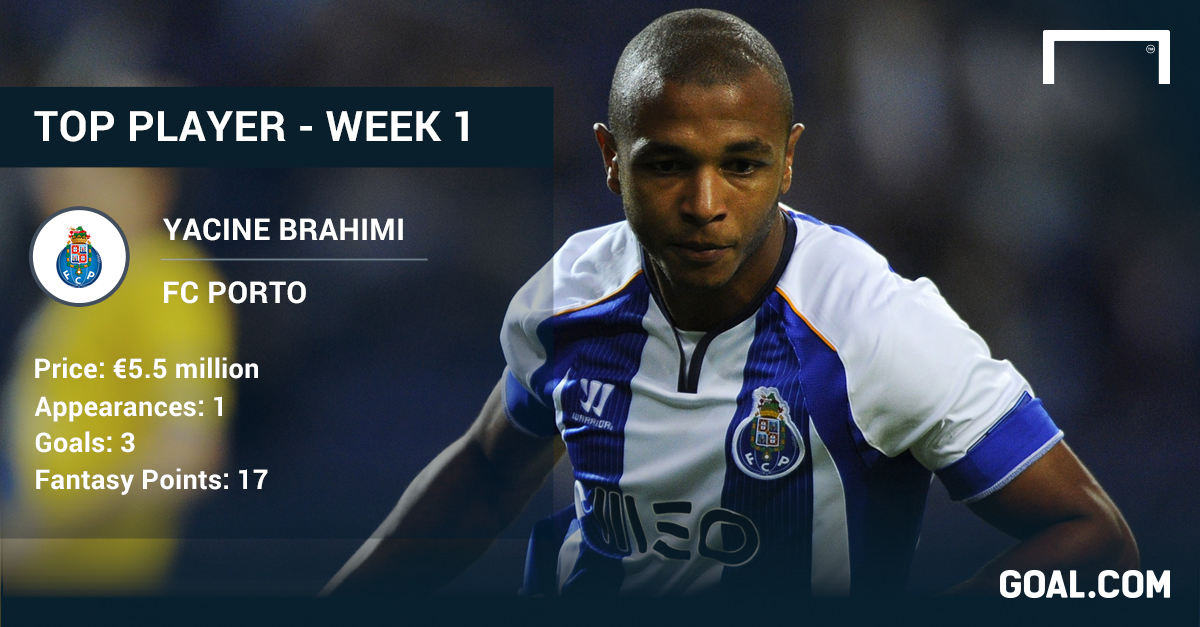 Brahimi’s team-mate Danilo was perhaps the best value selection of the week, with the defender’s assist and clean sheet returning 10 points for only €5 million.

Bayern may be the place for fantasy managers to shop for new players this week as they face a CSKA Moscow side reeling from their thrashing by Roma.

Real Madrid, too, are in sensational goalscoring form in La Liga, and Ronaldo has scored an astonishing seven goals in his last two games, though their opponents Ludogorets proved themselves to be determined defenders against Liverpool.

Managers who selected Artur of Benfica will need to find a new goalkeeper, as the Brazilian was sent off after just 17 minutes against Zenit with the Portuguese side already a goal down.

Don't forget to update your team and predict this week's scores with the UEFA Champions League Predictor game to be in with a chance of winning some great prizes!