By Adam Scime
Goal.com considers the five steps to victory for the Nerazzurri at San Siro...
1. Watch The Wingers

In last season's Champions League final, Inter defeated Bayern Munich 2-0 without too many defensive scares at the Santiago Bernabeu. In that match however, French midfielder Franck Ribery was suspended after picking up a red card in the semi-finals against Lyon.

Ribery will be eager to make amends and, along with Dutch superstar Arjen Robben, the Bavarians arguably have the best wing duo in world football. Their pace and technique could cause many problems, so limiting their influence on the match through careful attention will be key. The farther they are pushed back, the less effective they will be. 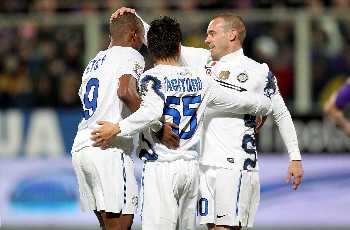 2. Slow Down The Tempo

Coach Louis van Gaal's incarnation of Bayern Munich like to attack, they like a fast pace to a game, and, with offensive weapons like Ribery, Robben, Thomas Mueller and Mario Gomez, can beat the goalkeeper several times before you've blinked.

Perhaps taking a page from Jose Mourinho's book last season, slowing the game down will reap dividends. Bayern are proficient with the ball, but without it they have some weaknesses. Chasing a team controling possession is often frustrating for the German champions, whose offensive players are not the most diligent of trackers. 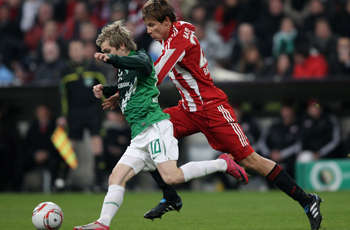 It's not a secret that Bayern's centre-back pairing of Anatoliy Tymoshchuk and Holger Badstuber are not the most stable pair in the world. The Ukraine international, a midfielder turned defender, and the youthful German are a duo that make the odd mistake.

With Diego Milito out, Samuel Eto'o will likely be given the chance to play in a central role and his speed and workrate up front will no doubt pose a problem for Bayern's back line. If the Cameroon star and his team-mates can force a few errors by closing them down quickly, the Nerazzurri will certainly make them pay. 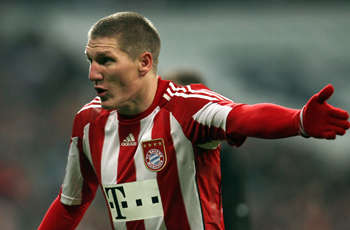 Milan have Andrea Pirlo, Barcelona have Xavi and Andres Iniesta, and Bayern Munich have Bastian Schweinsteiger. These midfielders are the metronomes of their squads and make the players tick on the pitch with their probing and vision in the midfield.

Coach Leonardo has experts at breaking up play in midfield, and the less time Esteban Cambiasso and Thiago Motta allow the 26-year-old on the ball, the less supply the forwards will have and his influence on the match will be diminished. Harder than it sounds perhaps, but if Schweinsteiger touches can be limited then the Nerazzurri will cut the Germans' chances of progressing in half. 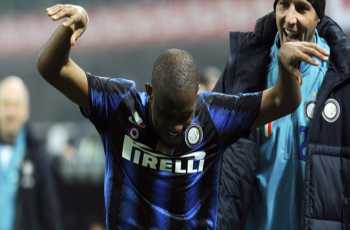 As the match against Juventus was evidence of, taking the opportunities that present themselves is crucial. Samuel Eto'o's effort against the crossbar when facing an open goal in Turin meant the Nerazzurri left without a point. and in a two-legged affair between top European clubs, Inter cannot afford to let those chances go begging.

With the first leg at San Siro, an advantage going back to Germany would be a major step toward the last 8 and Eto'o, Wesley Sneijder and Goran Pandev must ensure their boots are shined for accuracy and are clinical on Wednesday night.