By Joe Wright
Jurgen Klopp was left lamenting yet another final reverse as the Madrid-born midfielder put the Reds to the sword after the interval, with Gameiro also on target
Sevilla staged a remarkable second half comeback to blow Liverpool out of the water and claim their third successive Europa League, as Coke netted twice to seal a 3-1 victory in Basel.

Unai Emery's men, outplayed in the first half, responded with an emphatic second 45 minutes to leave Liverpool reeling and condemn Jurgen Klopp to a fifth-straight defeat in a major final.

Liverpool, who had dispatched Villarreal so impressively in the second leg of the semi-final, were the better side in the first half and deservedly took the lead when Daniel Sturridge curled in a superb finish from the edge of the area.

But Sevilla, who came from behind to beat Dnipro in last year's final, responded seconds after half-time with Kevin Gameiro's 29th goal of the season, before Coke capped a fine team move to put the holders ahead.

Klopp, whose side also lost the League Cup final to Manchester City in February, introduced Divock Origi in a bid to find a response but Coke struck a crucial blow 20 minutes from time, steering the ball beyond Simon Mignolet from close range despite Liverpool's appeals for offside.

Liverpool produced a memorable comeback against AC Milan to win their last European trophy in 2005, but there was to be no repeat of those Istanbul heroics as Sevilla became the first team to win Europe's secondary competition three years running and ensured a spot in next season's Champions League.

Sevilla started with more control in a cagey opening 10 minutes, although Emre Can brought the first save of the match out of David Soria with a low effort from the edge of the area.

Daniel Carrico made a timely intervention to hook Sturridge's header off the line as Liverpool began to look threatening on the break, and Roberto Firmino felt he should have earned a penalty when he diverted the ball into the arm of the Sevilla centre-back.

Gameiro got his first sight of goal, hooking a bicycle kick narrowly wide of the near post following a corner, but Sturridge produced a moment of magic to open the scoring 10 minutes before the break.

Philippe Coutinho found Sturridge on the edge of the area and the England striker bent a sublime finish beyond Soria with the outside of his left foot.

Lovren thought he had made it 2-0 with a towering header four minutes later, but the assistant referee flagged for offside after Sturridge had stuck out a foot to intercept the ball. 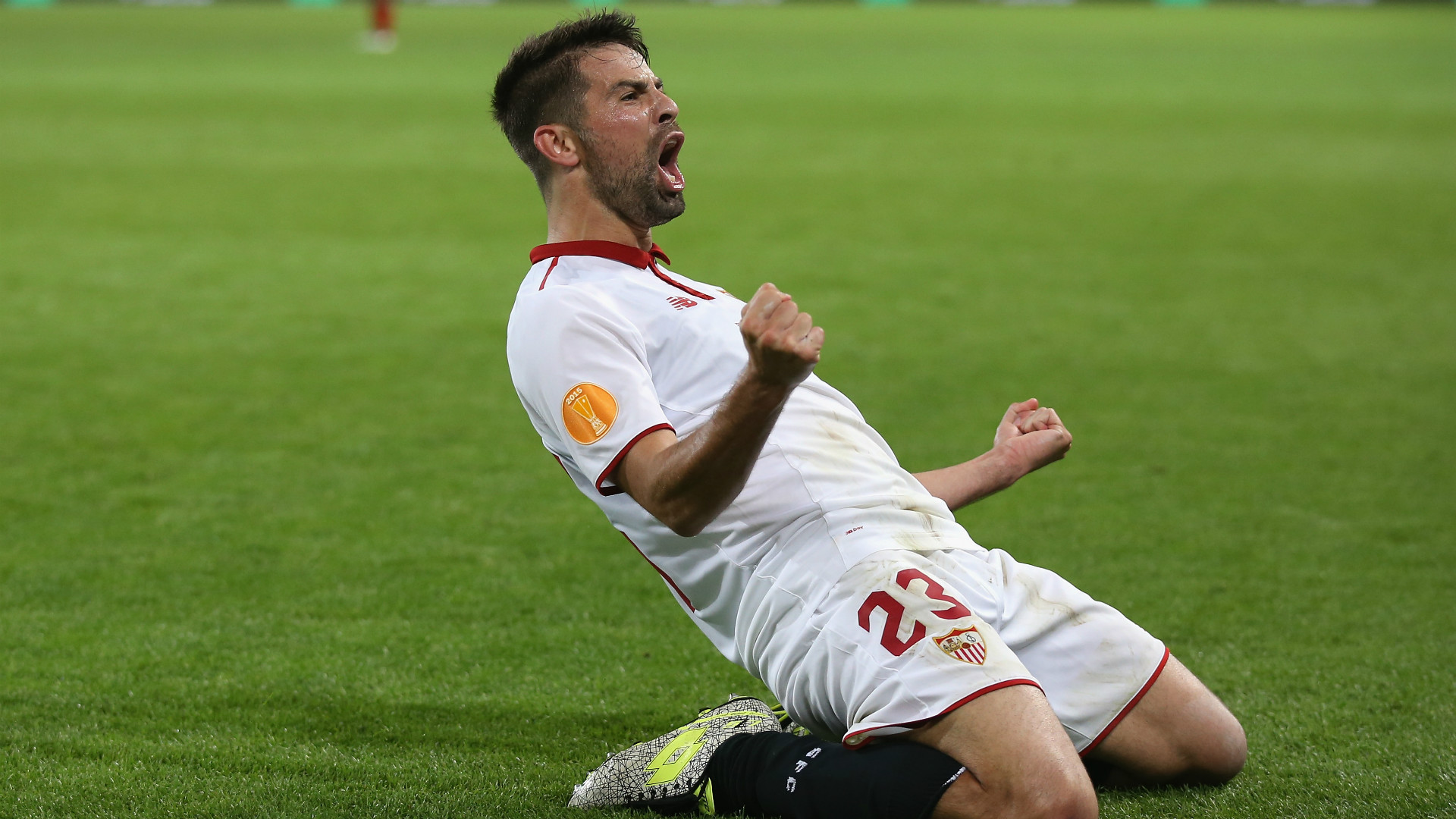 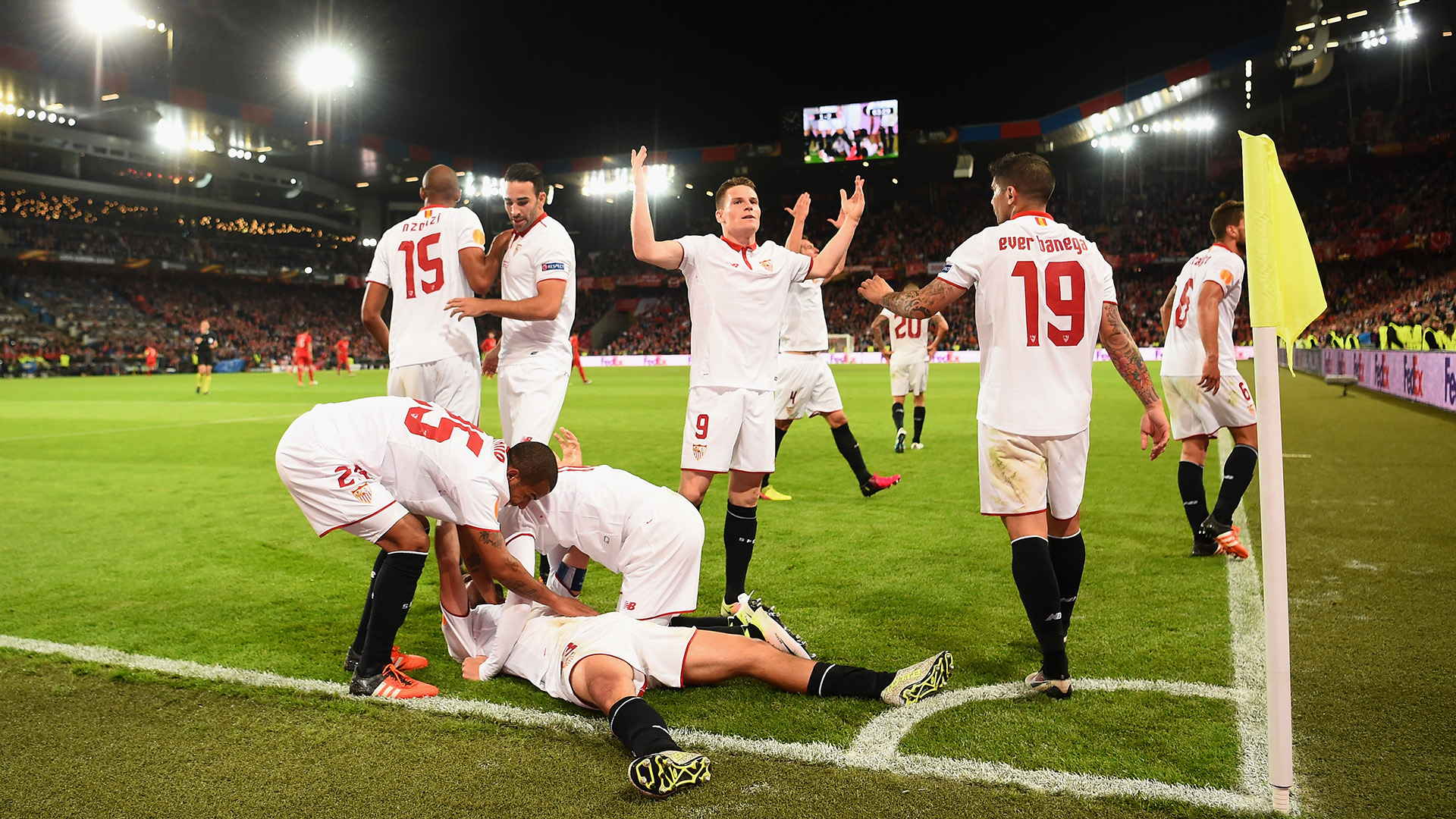 The Liga side would have been glad to go into the break just a goal behind but they produced a fine response just 17 seconds into the second half. Mariano skipped easily past the challenge of former Sevilla full-back Alberto Moreno and squared across goal for Gameiro, who tapped into an unguarded net.

Sevilla, suddenly buoyant, missed two great chances to take the lead through Gameiro before the hour mark. The Frenchman was first denied by a fine block tackle from Kolo Toure after racing in behind the Liverpool back line, before he scuffed a volley straight at Mignolet after Steven N'Zonzi's header found him completely unmarked six yards out.

Yet just as Sevilla looked as though they might rue those misses, Coke stepped up to put his side in control. A fine passing move involving Ever Banega and Vitolo saw Sevilla slice through the heart of Liverpool's midfield, and when the ball broke to Coke, he rifled a first-time shot into Mignolet's bottom-right corner.

And Coke put the holders on the brink of an historic win six minutes later, squeezing a shot in off Mignolet from the right of the six-yard box after the ball had deflected off Coutinho and into the Sevilla captain's path.

Liverpool pushed for a repeat of the dramatic comeback which saw them oust Borussia Dortmund in the semi-finals, but Sevilla held on to lift the trophy in front of their vociferous supporters.