By Peter Pedroncelli & Clyde Tlou
With the South African national team nickname, Bafana, on the line, Goal.com takes a look at the story behind the potential name change.

After years of protracted talks, Wayne Smidt, owner of Stanton Woodrush (Pty) Ltd,  the company that holds 100 per cent of Bafana's trademark rights, has come out and said that he was willing to sit down and negotiate handing over of the name rights to the SA Football Association.

The Bafana name's commercial rights have been a focal point over the last year, drawing government interest with Parliamentary Sports Portfolio chairperson Butana Khompela and Minister of Sports, Fikile Mbalula, going as far as advising SAFA to find a new name for the team amid attempts at halting the financial revenue that goes to Stanton Woodrush instead of the association coffers on Bafana merchandise sales.

According to Woodrush this is fifty percent, as the association and Woodrush entered into a joint venture company together called SAFA Licensing and Management (Pty) Ltd ("SLAM"). Both SAFA and Stanton Woodrush licensed their marks to SLAM (at no cost) in order to jointly license the brand, in all trade mark classes.

SAFA is a majority shareholder of SLAM (50%+1) and therefore they shared in the royalties of class 25 for both the Confederation Cup and the FIFA 2010 World Cup.

Smidt made millions in royalties from the sale of Bafana Bafana clothing in 2009 and 2010 during the Confederations Cup and the FIFA World Cup, both of which South Africa hosted.

The South African Football Association took the matter as far as the Supreme Court of Appeal, but the country’s highest court dismissed a claim by SAFA that it owns the trade mark in relation to clothing, as Stanton Woodrush (Pty) Ltd legitimately registered the trademark in class 25 some 18 years ago. 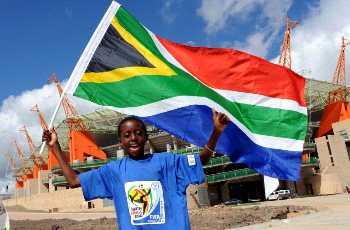 South African fans are used to the Bafana nickname

“The registration of the brand was not opportunistic or taken to frustrate SAFA's rights in the brand. In fact SAFA resisted officially calling the team Bafana Bafana long after Stanton Woodrush registered the brand.”

SAFA then took the matter on appeal, basing its attack primarily on the allegation that Stanton was not entitled to the trade mark because it belonged to the football governing body. The Appeal Court finally reached its conclusion after taking both sides into consideration, stating that an intention to use a mark does not create a preference to registration, and that the proprietor of a trade mark need not be its originator.

Therefore the entrepreneur had the right to take advantage of the trademark in the marketing of his goods and services by associating them with names that have become famous, provided that he does not pass-off, offend or defame the name in question.

So how did the country’s football fraternity find itself in this turmoil? It was back in July 1992, when three journalists used the name to identify the country’s national team, and the nickname grew in popularity among football loving fans.

Wayne's father ran Stanton Woodrush when they registered the name in 1993 at a time when the association's then leadership apparently overlooked trade-marking the name because they found it derogatory to refer to a team of men as ‘boys'.

As such SAFA have not made as much profit as they could have from the sale of Bafana merchandise and clothing, while Woodrush received fifty percent of sales profits. The result of this means that SAFA management have decided to change the team’s nickname in order to trademark it and fully benefit from the naming and merchandise rights. 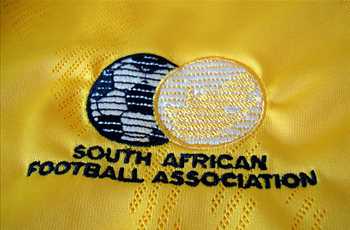 SAFA will decide on the name change

This could seriously backfire however, as a reputation and identity has been built around the Bafana name, and fans will still call the national team by their famous moniker for a long time to come before any new nickname is truly adopted. The changing of the name would waste the ground work laid by those players, officials and fans that gave importance and meaning to Bafana, and it would be a shame to see the change come to fruition with that in mind.

Despite the objections that will be made and the two sides of the coin which will present interesting and compelling arguments for and against the name change, the decision rests with the South African Football Association, and we will have to live and work with the consequences.