Bastian Schweinsteiger and Lukas Podolski will each receive a farewell game with the Germany national side following their retirement from international football, the DFB have confirmed.

Manchester United midfielder Schweinsteiger ended his international career in July having earned 120 caps in a 12-year period for Die Mannschaft, and will be rewarded with a goodbye game against Finland on August 31.

Podolski, Germany's third most-capped player in history with 129 caps, called his international duties to a halt on Monday and will also have the chance to say goodbye in his own designated game. 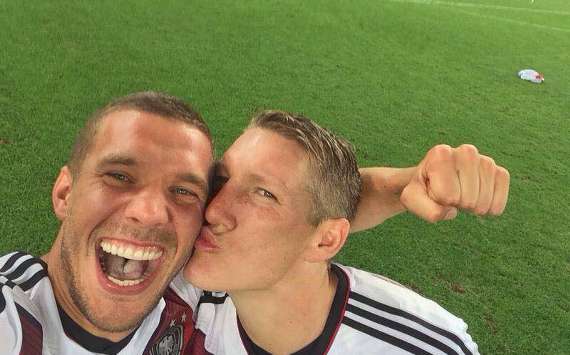 Due to the former Arsenal forward's ankle injury, however, a date is yet to be confirmed.

"Bastian and Lukas have huge merits for the national team, the DFB, and Germany's football in general," Germany head coach Joachim Low said of the pair. "I know it means a lot to them to play one more time for Germany.

"This proves how much the team meant and still means to them."