The visitors were forced to play with 10 men due to the defender's expulsion, but nevertheless came away with three points after an accomplished showing in Haifa

Giampiero Ventura's first competitive match as Italy coach ended in a 3-1 victory in Israel as they got their World Cup qualifying campaign off to a winning start despite Giorgio Chiellini's second-half red card.

Italy were seemingly coasting at 2-0 in Haifa, with Graziano Pelle converting Luca Antonelli's excellent low cross inside the six-yard box and Antonio Candreva doubling the lead from the penalty spot after Giacomo Bonaventura was fouled by Ben Bitton.

However, Israel were just one goal adrift at the break thanks to a stunning chip from Tal Ben Haim that left veteran Gianluigi Buffon stranded.

The situation became even more tense for the Azzurri when Chiellini was given his marching orders for a second bookable offence and Elisha Levy's side piled on the pressure in search of an equaliser.

But Ciro Immobile eased any Italian nerves with a goal on the counter attack in the 83rd minute and Ventura can now turn his attentions to next month's crucial Group G contest with Spain, who Italy knocked out of Euro 2016.

Tomer Hemed saw a shot deflect off target in a bright Israel start, but Italy soon gained a foothold and went ahead in the 13th minute.

Marco Verratti picked out Antonelli's run and his low cross from the left was coolly slotted home from close by Pelle for his second goal in as many Italy games.

The hosts' profligacy was duly punished in the 31st minute as Candreva smashed his penalty hard to David Goresh's left after Bonaventura was tripped by Ben Bitton in the area. 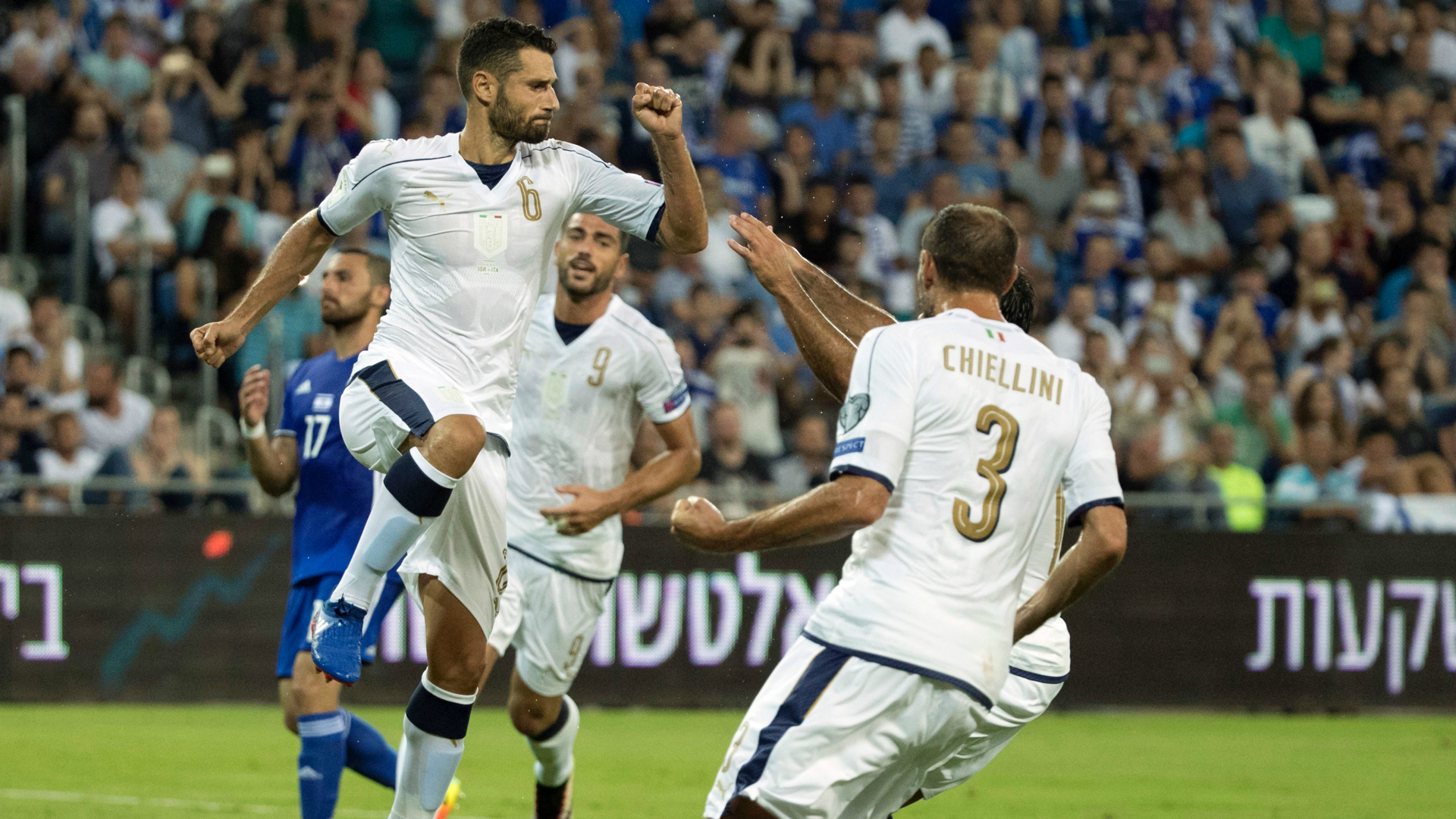 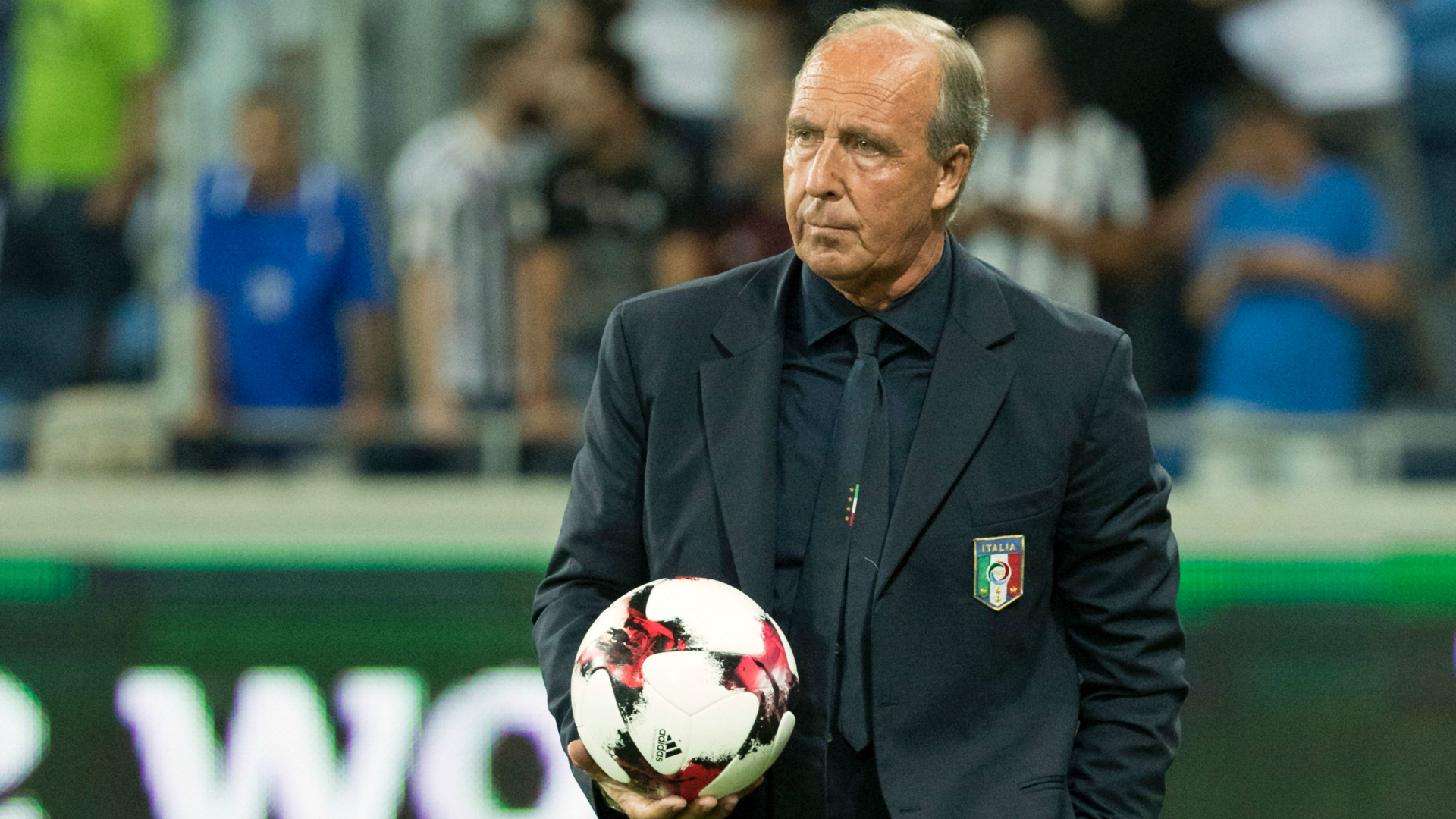 Israel were quickly back in the match thanks to a piece of ingenuity from Ben Haim, though, the forward pouncing on a loose ball and aiming a glorious chip over Buffon from outside the box.

Goresh then ensured the score stayed at 2-1 at half-time with a superb point-blank save from Pelle's downward header.

Italy went close to restoring their two-goal advantage just two minutes after the restart, Eder racing on to a long ball by Leonardo Bonucci but lifting his shot wide.

Buffon was then fully extended by Nir Bitton, the veteran goalkeeper diving low to his left to keep out the midfielder's long-range drive.

Chiellini appeared unsettled all game and he was dismissed after 54 minutes, earning a second yellow for bringing down Hemed off the ball, having earlier been booked for clattering Ben Haim.

Israel were pushing hard for an equaliser and Buffon fumbled Kayal's speculative effort, only to make amends with a stunning stop from Eren Zahavi's rebound strike.

Italy had been hanging on but Ventura's men secured the points with seven minutes to go, Immobile racing on to Pelle's flick-on to hammer in a drive across the helpless Goresh.