Theo Walcott is ready to quit Arsenal in favour of a move to West Ham, according to the Sun.

The Gunners forward is eager to end his 10-year stint at the Emirates to find first team football and will reject an approach from Chelsea to sign for the Hammers ahead of their move to the Olympic Stadium.

With the increased TV money being pumped into the Premier League next season, co-owners David Sullivan and David Gold are willing to put up £20 million to capture the England international.

Walcott has appeared 261 times for the Gunners since Arsene Wenger snapped him up from Southampton as a 17-year-old but has struggled to hold down a permanent spot in the Frenchman’s team in recent seasons. 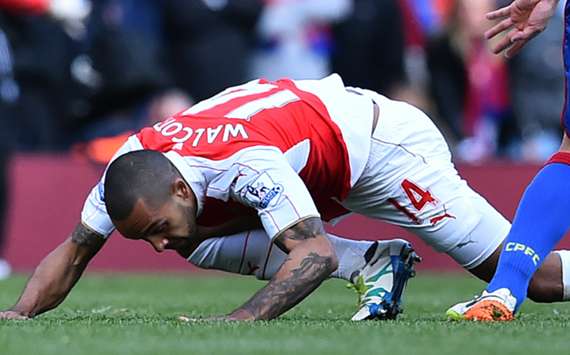