Barcelona are struggling to find a way to offer attacking trio Lionel Messi, Luis Suarez and Neymar new deals that will ultimately keep them at the club, according to a report in The Sun.

The report claims the wages of “MSN” make up a staggering 73 per cent of the club's overall revenue, which will only rise if the trio are to be offered improved contracts to keep them at Camp Nou.

Knowing that the Spanish champions' current wage model is unsustainable without new investments from outside benefactors, both Manchester City and United are said to be preparing big-money moves for both Messi and Neymar. Suarez, however, could also be sold if the right offer is presented.

Barca president Josep Maria Bartomeu is insistent the players will not be sold, but the reported figures make that notion impossible. Meanwhile, top Premier League sides' revenue dictate that a move to England would see the stars earn significantly higher wages without breaking the bank. 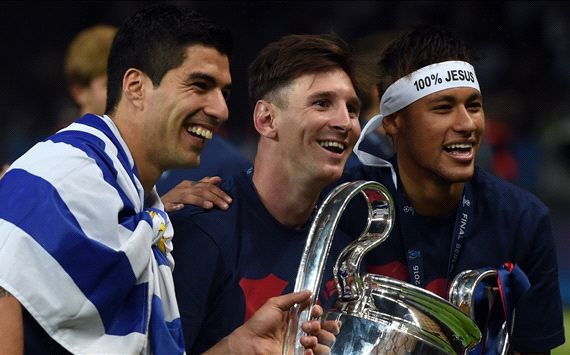