The claims began when Nasri's official verified account quoted a seemingly innocuous update from Los Angeles IV Therapy clinic Drip Doctors, who had provided the 29-year-old with some medical assistance in America.

Inside the mind of a PL footballer

Things took an usual turn in Nasri's first Tweet, where he shared the Drip Doctors post with this expetive-laden update: "U also provided me a full s****l service too right after. So guys make sure you get this service. This w***e comes and f***s the same night." 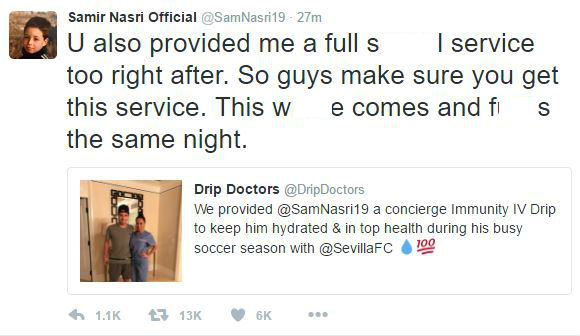 A series of updates followed where the alleged encounter was described in more detail.

During the stream of Twitter updates, a different version of events was posted, stating "Someone hacked my account and tried to spread rumors which is fake I am sorty for all the ppl involved in that i apologies"

However, the story then continued with further updates about the alleged liason. 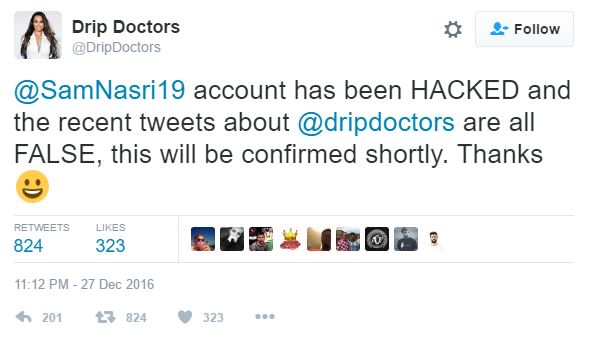 But the updates continued from Nasri's account - starting a dispute with Drip Doctors' denial.

While the Tweets, and Nasri's official account, appear to have been deleted, it is expected that an official statement will emerge on the Twitter allegations.