By Alex Young
Cristiano Ronaldo's attention-grabbing pose in the post-Clasico celebrations has inspired Dutch teams Almere City FC and female outfit Dussense Boys
By now you will be very familiar with Real Madrid's excitable celebration picture in the aftermath of their win over Barcelona in the Clasico.

A lot of nakedness, a lot of tensing of muscles and not a lot of clothes, and that was just Cristiano Ronaldo as his team-mates, most still kitted out, enjoyed a comeback victory with 10 men over their rivals. 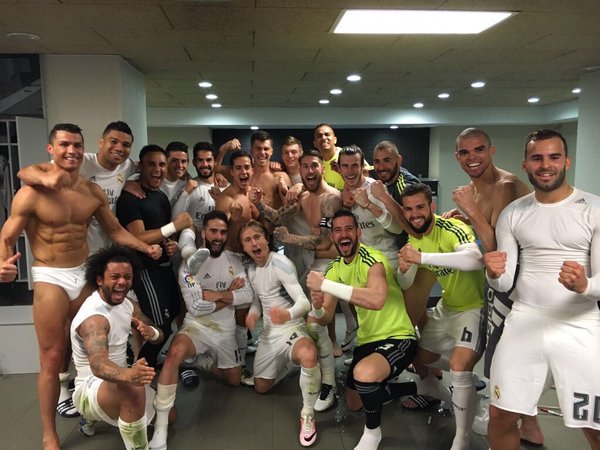 Well, it will come as no surprise that some have decided to imitate the celebration, with particular focus on the attention-grabbing Ronaldo.

Here are Dutch teams Almere City FC - with the Dutch Ronaldo sporting with a very portly belly - and the female outfit of Dussense Boys... 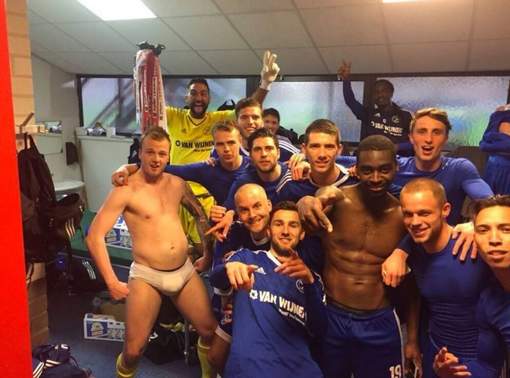 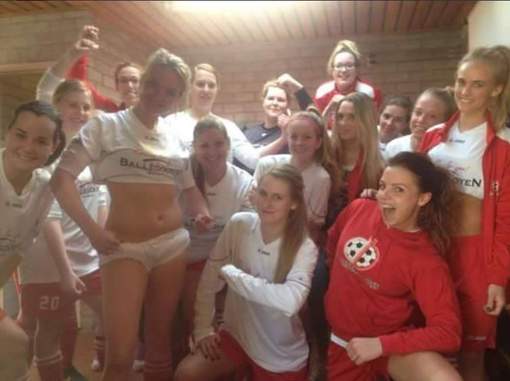 That's the internet for you...