By George Ankers
The Brazilian forward has endured a slow start to his Reds career but has burst into life in recent games and played a key role in his side's thrilling win against Norwich City
Part of the reason behind Brendan Rodgers's downfall at Liverpool was significant summer spending that looked nowhere near like paying off for the Reds.

But it looks like the Northern Irishman's investment in Roberto Firmino is starting to pay dividends for Jurgen Klopp.

Firmino was a Brazil international playing at the Copa America when he signed for Liverpool, off the back of a successful spell at Hoffenheim, but £29 million looked like a costly deal and returned just one goal in his first 24 games for the club.

January, however, has seen a transformation in his fortunes and Saturday's incredible 5-4 victory against Norwich City saw Firmino play a vital part, scoring two goals and assisting one more.

Not only does it see him now on a veritable hot streak but it was the kind of performance not seen in a Reds shirt since the now-departed Raheem Sterling nearly two years ago. Is this the start of something special for the 24-year-old? 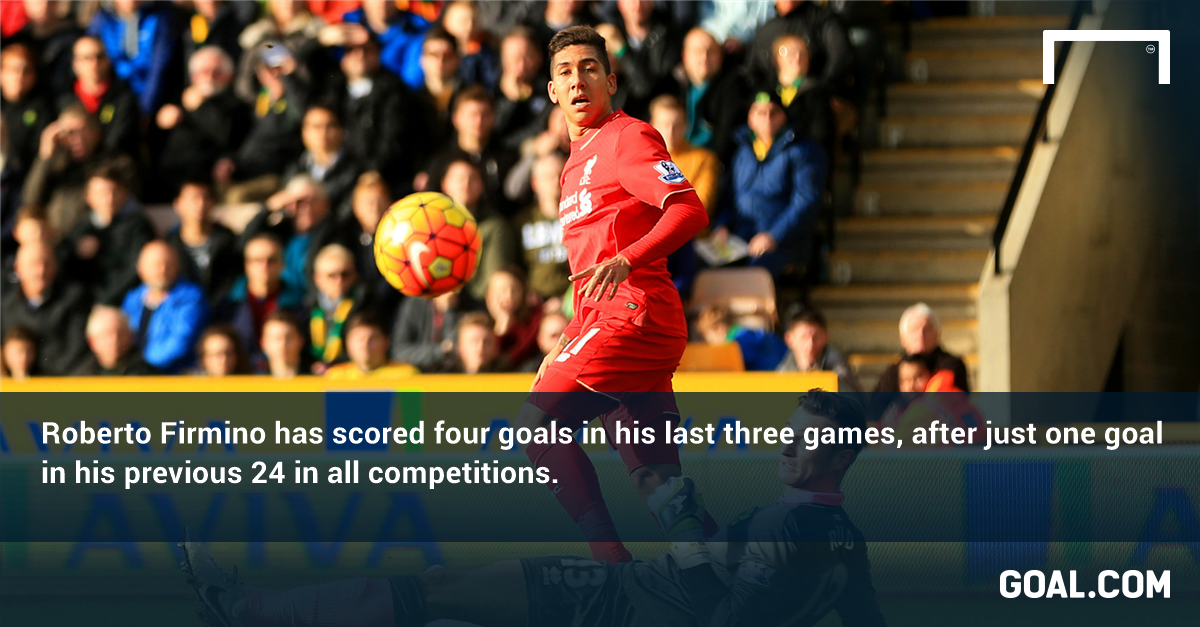 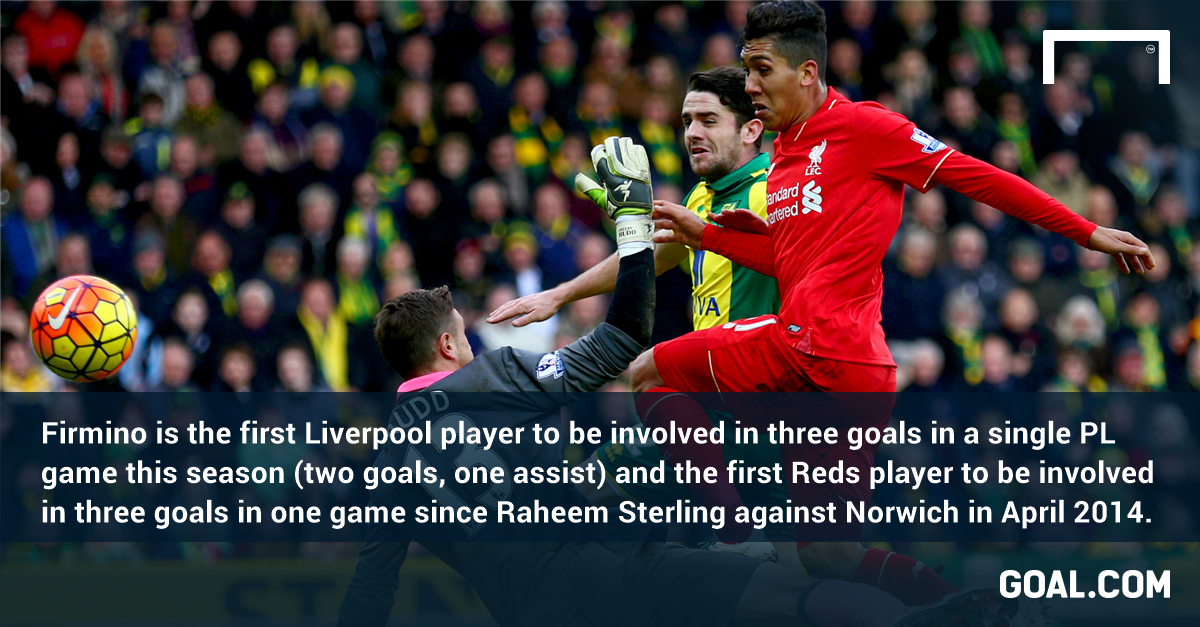