The Leicester City striker is only the second player to score a goal in nine consecutive Premier League games - and the very first to enjoy such a run in a single season
Leicester City fans have not had much to complain about this season but booed when it looked as if Riyad Mahrez would take their penalty kick against Watford on Saturday.

Mahrez promptly handed the ball over to Jamie Vardy, the man the fans wanted to see on the spot, to give his team-mate the chance to become only the second player in Premier League history to score in nine consecutive games.

Vardy hit the back of the net and as a result needs a goal in his next match to equal Manchester United striker Ruud van Nistelrooy's record.

The Dutchman scored in 10 consecutive games across two seasons between March and August in 2003. Vardy is the only player to score in nine straight in a single campaign and leads the scoring charts with 12 overall. 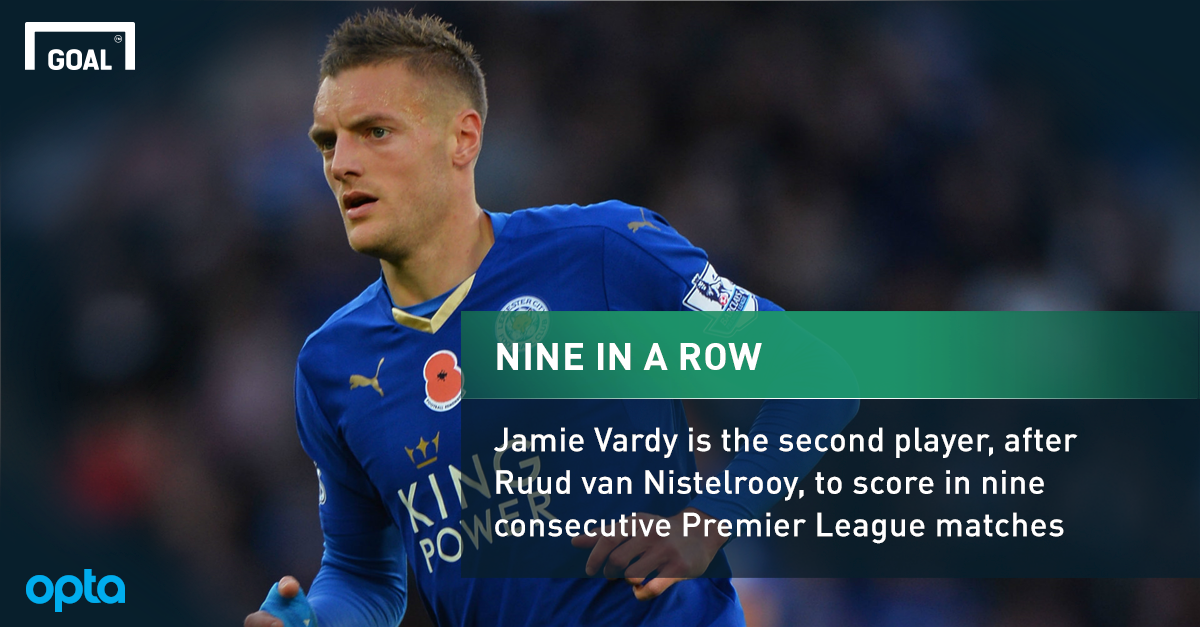 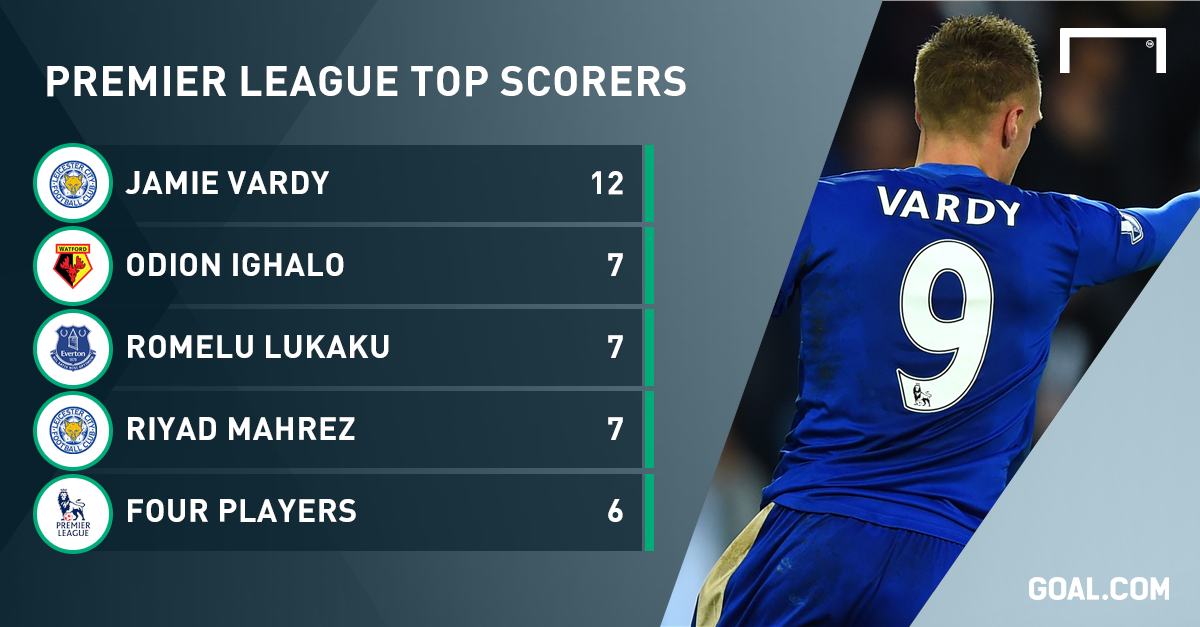 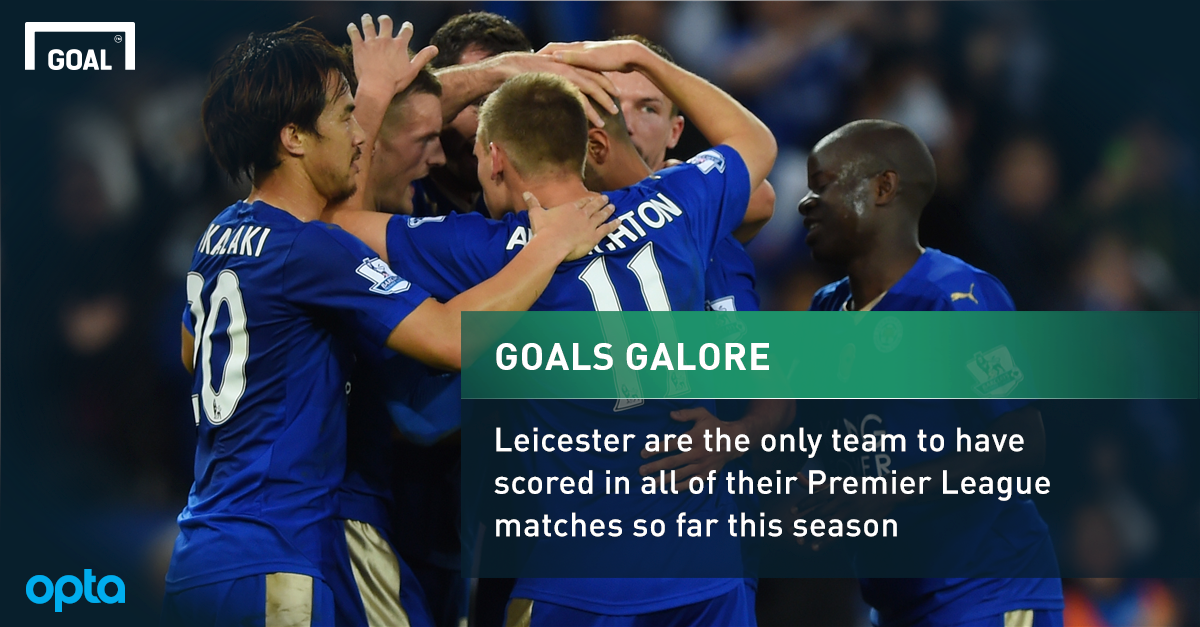