Ben Hayward
Unable to sign new players for the next two windows, Real surprisingly chose to stick with what they had this summer. But will they live to regret it?

Unlike last year, deadline day came and went without incident at Real Madrid. In 2015, the club were left red-faced after failing to sort out the paperwork to sign David De Gea. This time, there was little activity all summer as only Alvaro Morata was bought. But with a transfer ban now confirmed, should Los Blancos have spent like Barcelona did in 2014?

Barca's ban was handed out by FIFA for irregularities in the signing of young players in April of 2014, but put back by a window during the appeal, allowing the Catalan club to strengthen for Luis Enrique's debut season. Conscious that they would be unable to register new footballers for the next year, the Blaugrana brought in Luis Suarez, Ivan Rakitic, Claudio Bravo, Marc-Andre ter Stegen, Jeremy Mathieu and more to entirely reshape their squad. And they ended up winning the treble.

Madrid received a similar sanction earlier this year - along with Atletico - and like Barca's, it was put back because of the appeal process. The definitive decision took months to arrive, but was finally confirmed by FIFA in a statement on Thursday. Now it's official: both Atletico and Real will be banned from signing players for the next two windows.

With the embargo around the corner, it had looked like being a busy summer at the Santiago Bernabeu.  But it wasn't. Unwilling to break the transfer record for Paul Pogba, Madrid stood aside as the midfielder moved to Manchester United instead. Real did bring back Alvaro Morata from Juventus early in the summer, while Marco Asensio (signed in 2014) has been given a place in the first team following his loan spell at Espanyol in 2015-16 and Fabio Coentrao returns to provide back-up after he spent last term at Monaco. 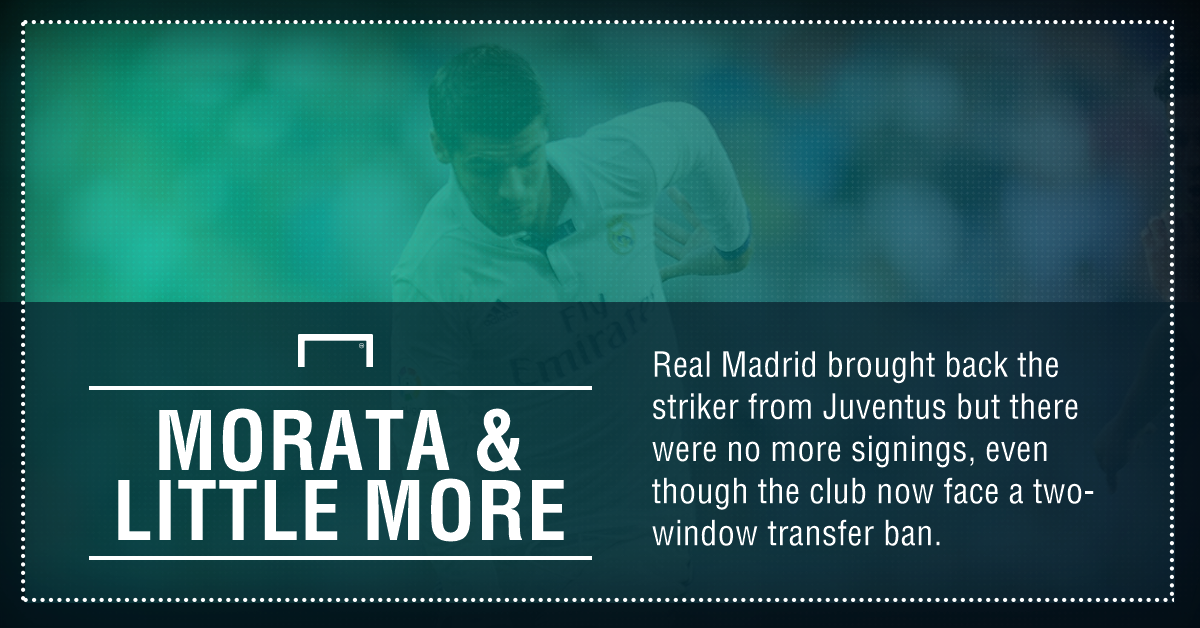 However, that hardly represents a busy summer - especially by Madrid's standards. And it means the European champions must stick with what they have for the foreseeable future - with James Rodriguez and Isco both staying at the club after their careers at Real had looked in doubt for weeks, even up until the final days of the transfer window.

James' agent Jorge Mendes told Spanish television ahead of the deadline that the Colombian would be remaining at the Bernabeu, while Isco said "I'm staying, I'm staying" when quizzed by a reporter at an event with president Florentino Perez.

At that event, Perez told reporters: "We have already claimed the UEFA Super Cup and won the first two Liga games. We have a spectacular squad, impossible to improve, and a coach, Zidane, who has given us many things - as a player and also now as a coach."

Madrid have monitored both David Alaba and Marco Verratti, but both players were unavailable in the summer. The club also looked at Pierre-Emerick Aubameyang due to the persistent problems suffered by Karim Benzema and considered Borussia Dortmund's Julian Weigl and Newcastle's Moussa Sissoko - a deadline day signing for Tottenham - as back-up for Casemiro. 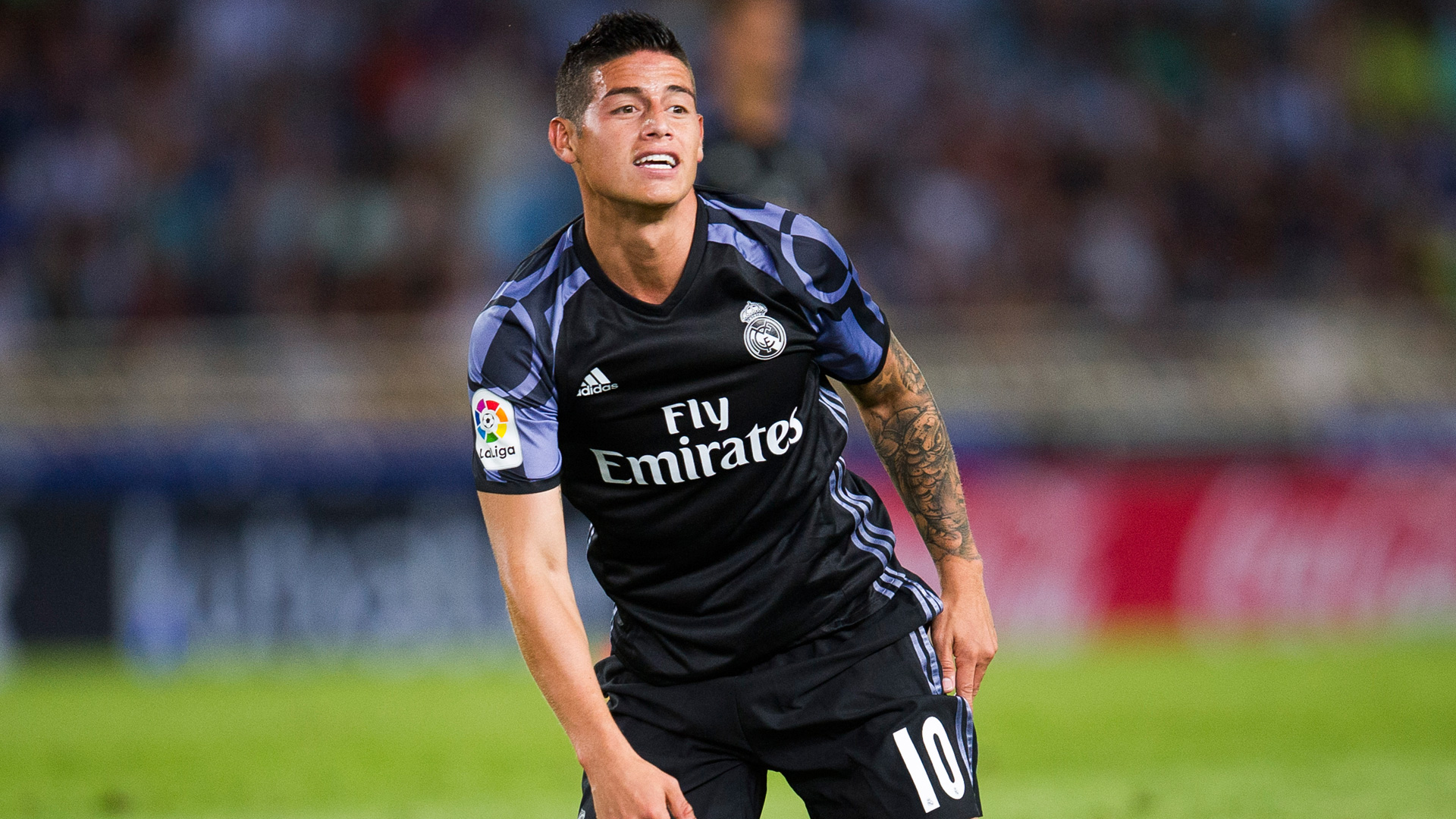 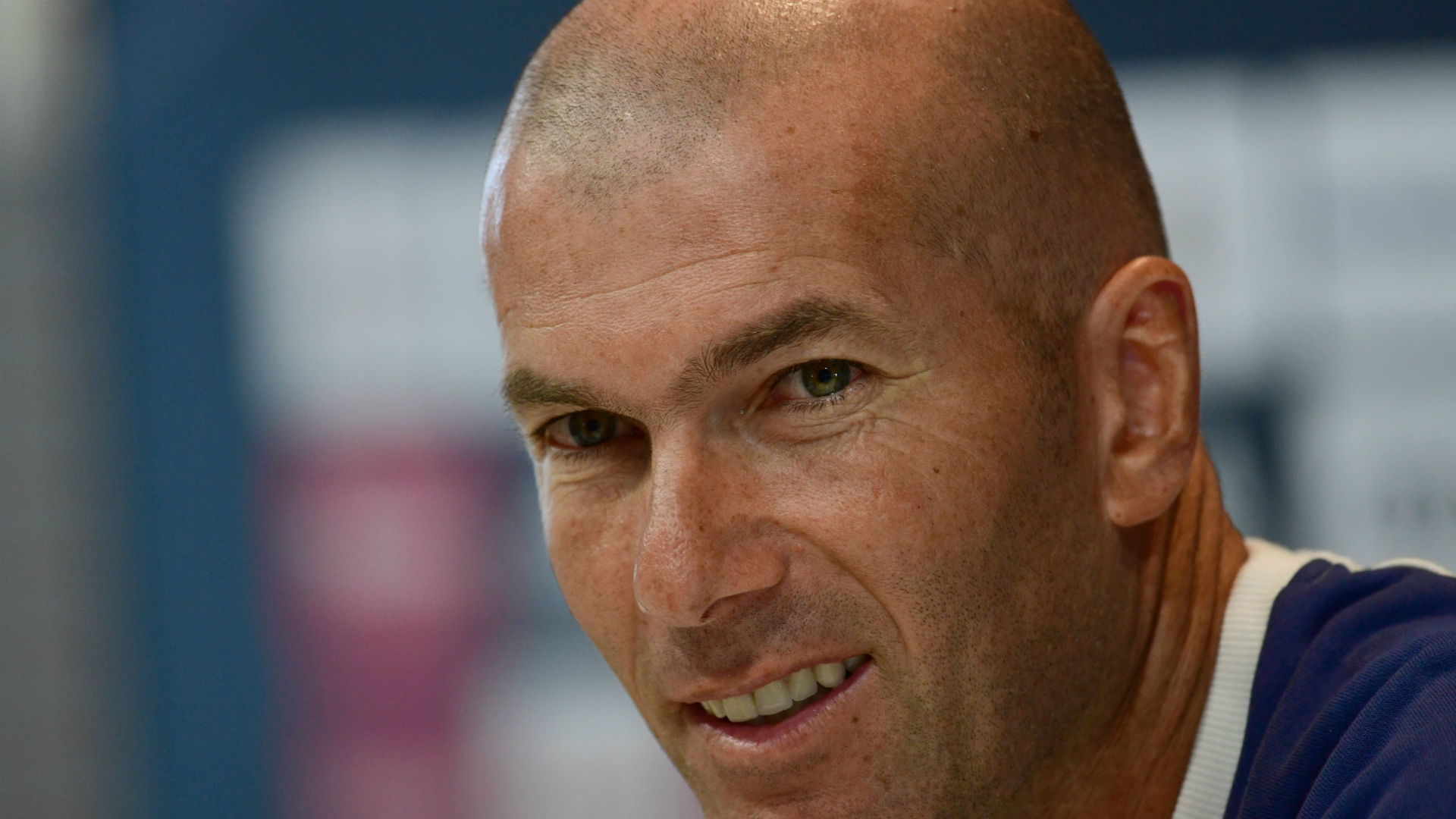 The Brazilian midfielder has no real replacement at Madrid and Zidane will hope he stays fit for the whole campaign, although Marcos Llorente (currently on loan at Alaves) is an option for that position next term.

Barcelona, meanwhile, were busy over the summer, signing Samuel Umtiti and Lucas Digne to boost their defence, bringing back Denis Suarez and adding Valencia duo Andre Gomes and Paco Alcacer as well as Ajax goalkeeper Jasper Cillessen following the departure of Claudio Bravo to Manchester City. The Catalans now have arguably the strongest squad in their entire history.

For their part, Atletico were also active, bringing in Kevin Gameiro, Nico Gaitan and Sime Vrsaljko to boost their squad, while they also have a number of players out on loan (such as Luciano Vietto, Matias Kranevitter and Rafael Santos Borre) who can come back during their transfer ban.

So while their two big rivals strengthened this summer, Madrid chose to stick rather than twist in the hope that Zidane will lead the club to the promised land - with or without new signings. The Frenchman, however, is still a relatively inexperienced coach at this level and a poor performance in 2016-17 could yet make Perez regret the club's lack of investment this summer. Time will tell.