The shot-stopper had to battle against awful weather conditions and heavy pressure exerted by Athletic, but proved he's just as proficient with his feet as the new City man

In chasing Claudio Bravo, Pep Guardiola made it clear that the Chilean fit perfectly the profile of a goalkeeper equally proficient with his feet as with his hands.

But the Manchester City man may just have picked the wrong keeper at Barcelona, as Marc-Andre ter Stegen showed he is also no slouch with the ball.

Ter Stegen made a rare appearance in La Liga on Sunday, just his eighth in two years, as Barca adjust to life without the inspirational Chilean.

But he looked very comfortable distributing from the back, and even broke a 10-year Liga record in completing 51 passes on a rainy night in San Mames.

50 - Marc-André Stegen has now completed 50 passes, more than any goalkeeper in a La Liga game (since 05/06). Future pic.twitter.com/C0ykGHsEoX

It was not all good news for the German, who had a heart-stopping moment early on when one of his 62 attempted passes fell straight to the feet of Benat, whose shot was mercifully close to the goalkeeper. 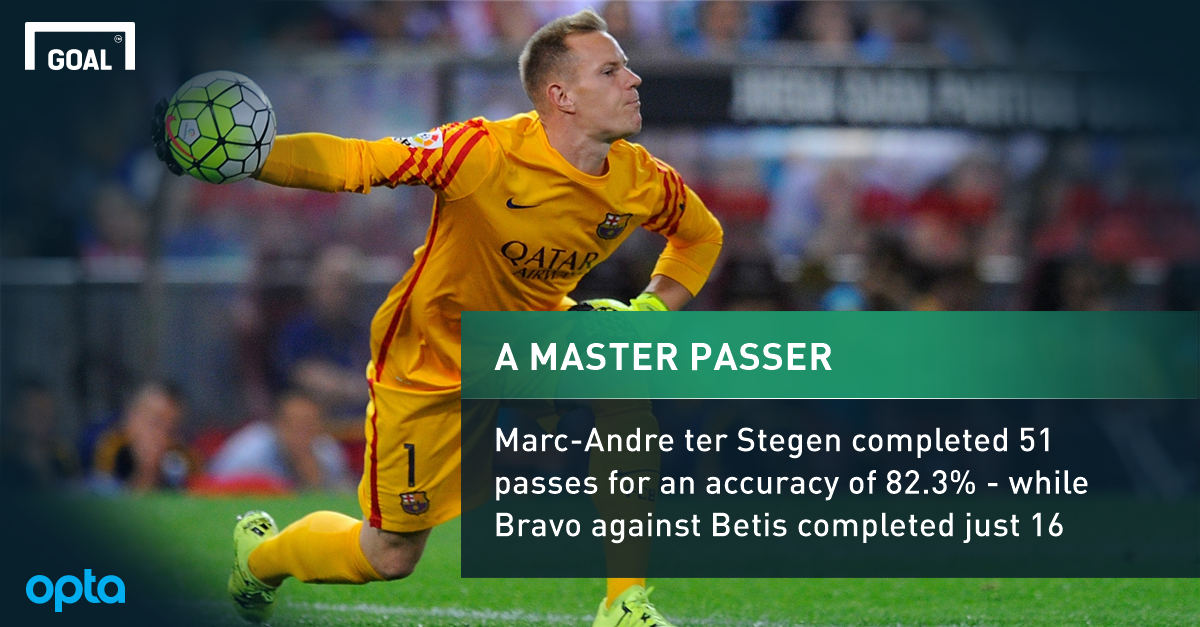 But given the less than ideal conditions and Athletic's incessant pressing, it was all-in-all a very positive display from Ter Stegen, who proved that he is just as good as Bravo when it comes to distribution.
Close