Ben Hayward
The Blaugrana claimed all three points at San Mames thanks to an Ivan Rakitic header, but wasted chances could have cost them against Athletic

It was another impressive performance by Barcelona. Luis Enrique made it 100 wins in just 126 games as his side edged out Athletic Club in Bilbao. But Lionel Messi, Luis Suarez and Arda Turan all missed great opportunities to close out the match and on this evidence, it is clear to see why the club are pushing to sign Paco Alcacer.

Arda had the ball in the net early on, but Suarez had been in an offside position before squaring for his team-mate and the effort was ruled out. Ivan Rakitic later headed home after 20 minutes from a Turan cross to give Barca the lead, but chances came and went later on as Athletic remained in the game.

Turan shot wide at the near post just before half-time when he could have picked out Suarez, while Mess missed two chances in the second half: the first unfortunate as he curled a superb shot just wide from the edge of the area; the second less so as he blasted over the bar when it appeared easier to score.

Suarez, however, was the worst culprit. The Uruguayan squandered several superb chances and perhaps the worst of all came right at the end when he shot straight at Gorka Iraizoz from close range. Luckily for him, the final whistle soon followed and Barca took all three points back to the Catalan capital. 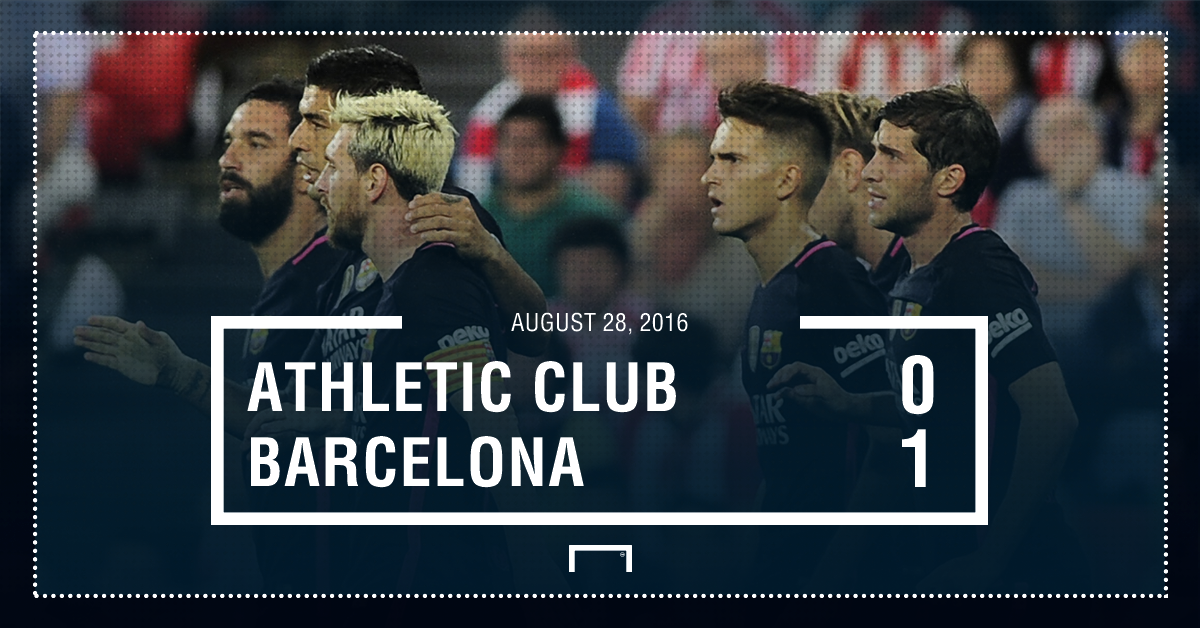 Even though Athletic made a good game of this, Barca's dominance was almost total and the margin of victory should have been much greater. But from their 12 shots, only two were on target - their lowest in La Liga since facing Espanyol in January.

There should not be too much cause for concern. San Mames is always a difficult ground for Barca and to come through this test with all three points is a big positive for the Catalan club. However, failure to close out the game could have been costly as Athletic pressed late in the match and Benat sent a fantastic free-kick just centimetres wide with Marc-Andre ter Stegen beaten.

With Neymar still away following his exertions at the Olympic Games in Rio, Luis Enrique sent on Javier Mascherano for Samuel Umtiti (who had been booked), Andre Gomes to replace Denis Suarez and Rafinha as Turan made way. 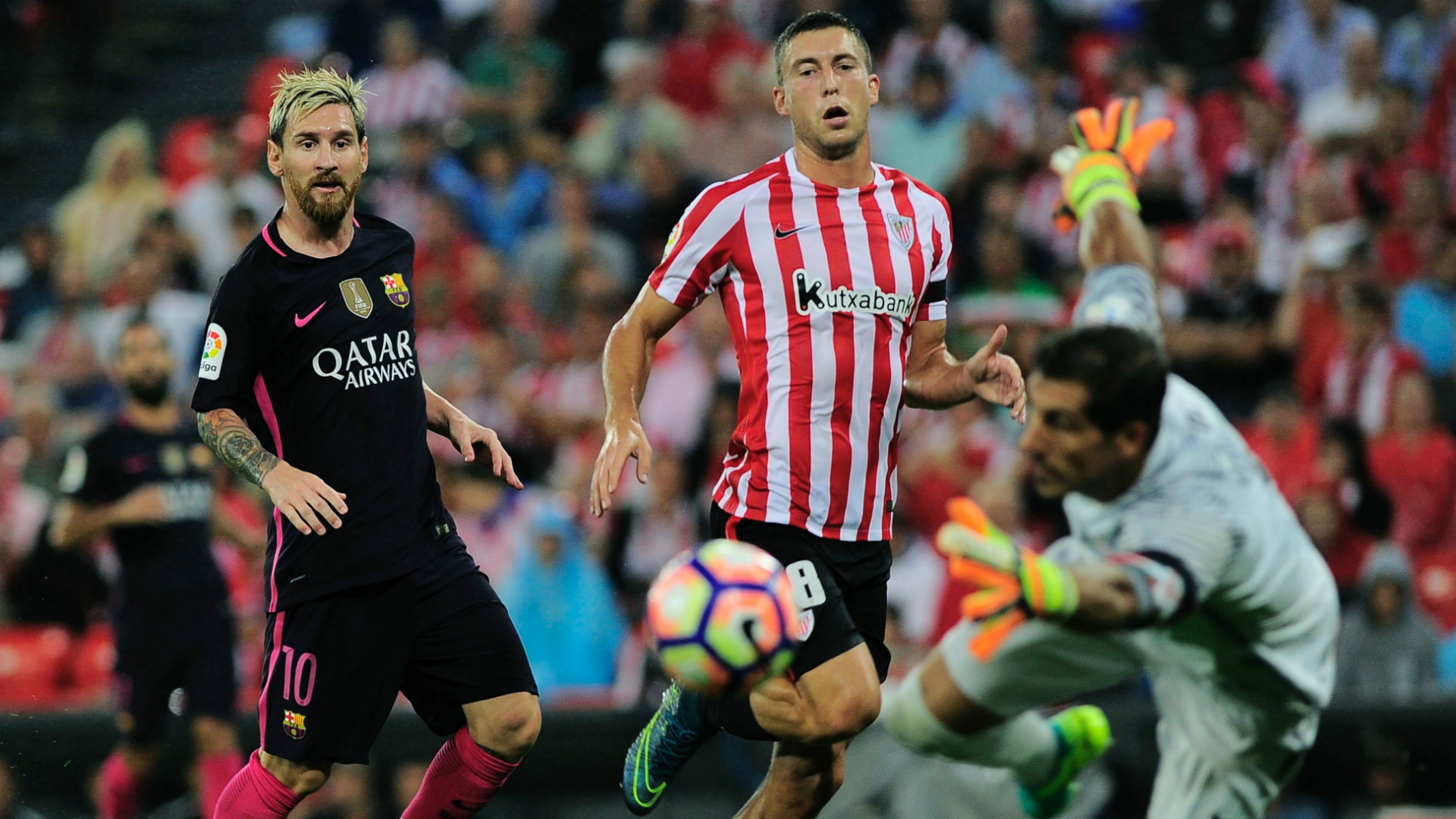 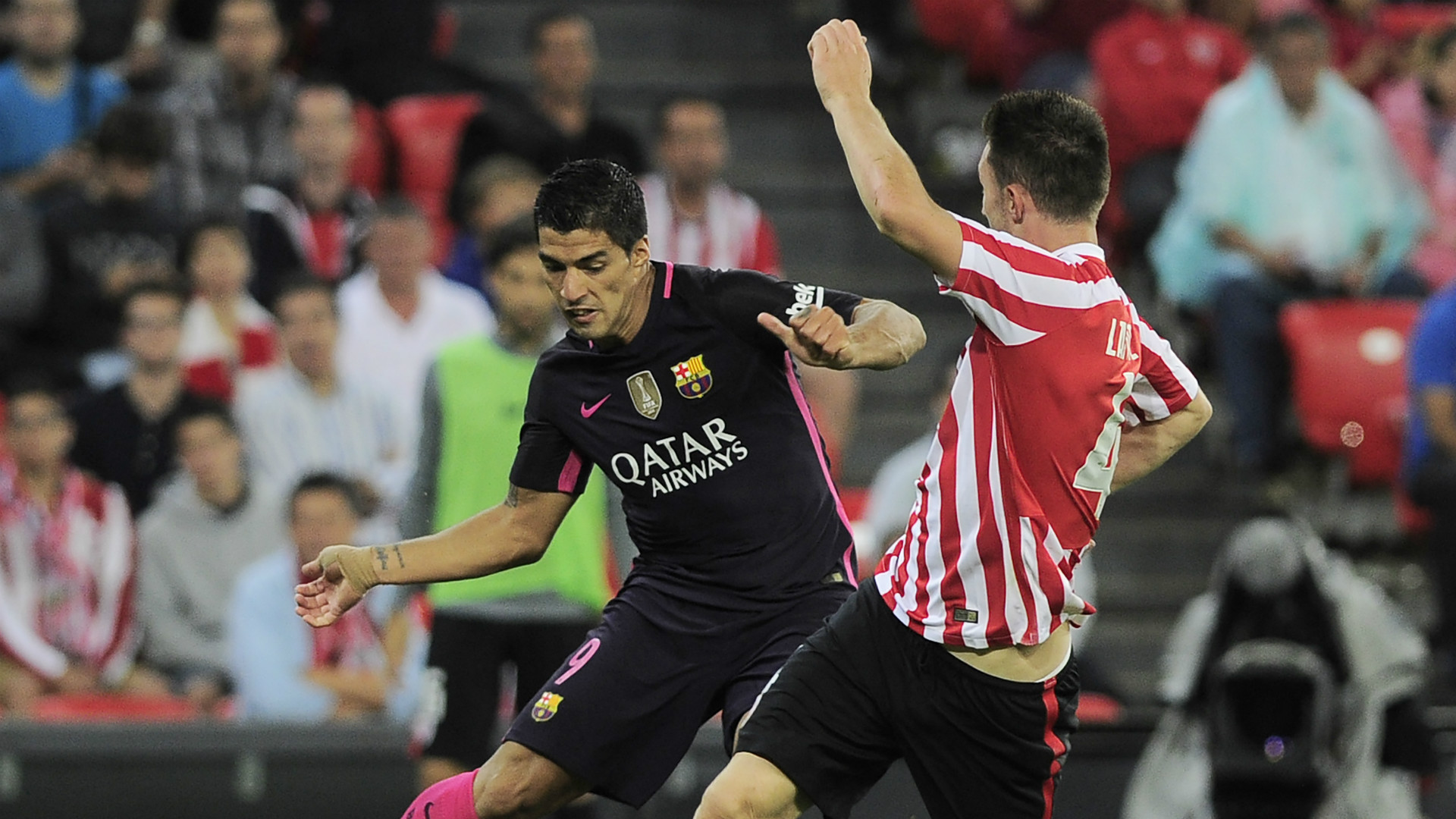 Interestingly, there was no opportunity for Munir El Haddadi, who is on the verge of leaving Barca with Paco Alcacer set to sign early this week from Valencia.

Luis Enrique did not appear to trust Munir completely last season and has been pushing for the club to bring in Alcacer, who was left out of the Valencia squad for the game against Eibar on Saturday as his move to Camp Nou draws ever closer.

Barca's forward line remains remarkable and with the return of Neymar it will receive a big boost, but the misses on Sunday showed just why Luis Enrique wants another top-class forward at the club. Just as the signings of Lucas Digne and Umtiti are pushing Mascherano and Jordi Alba, Alcacer can add similar competition further forward to make the side's attack even better. At San Mames, he would have been a useful man to have around.