Ben Hayward
The Catalans have won the last two titles and six of the last eight, so will start this term as favourites again in the Primera Division. But will they have things their own way?

When Barcelona won the Spanish Supercopa earlier this week, Luis Enrique complained that the series should not have been played at all. Why? Because the Catalans won both Liga and Copa last season, just as they had in his debut campaign. So can they dominate domestically for a third season in a row?

Barca won La Liga last term despite being unable to field summer signings Arda Turan and Aliex Vidal until January - and after Xavi and Pedro both left the club in 2015. Stretched with a small squad in 2015-16, Luis Enrique's side still claimed a second straight domestic double, although they ended up missing out on the Champions League after a quarter-final loss to Atletico.

In the Primera Division, meanwhile, they were pushed all the way by a resurgent Real Madrid as Los Blancos closed to within one point under Zinedine Zidane and almost snatched it from their fiercest rivals in May.

Madrid and Atletico will be stronger this time. With Zidane in charge for a first full campaign, Los Blancos will benefit from their pre-season programme under the French coach and are likely to be much fitter than they were last term. And the Rojiblancos will provide a threat, too. With some quality signings brought in and no important departures this time around, Diego Simeone's side can step up once again in 2016-17. 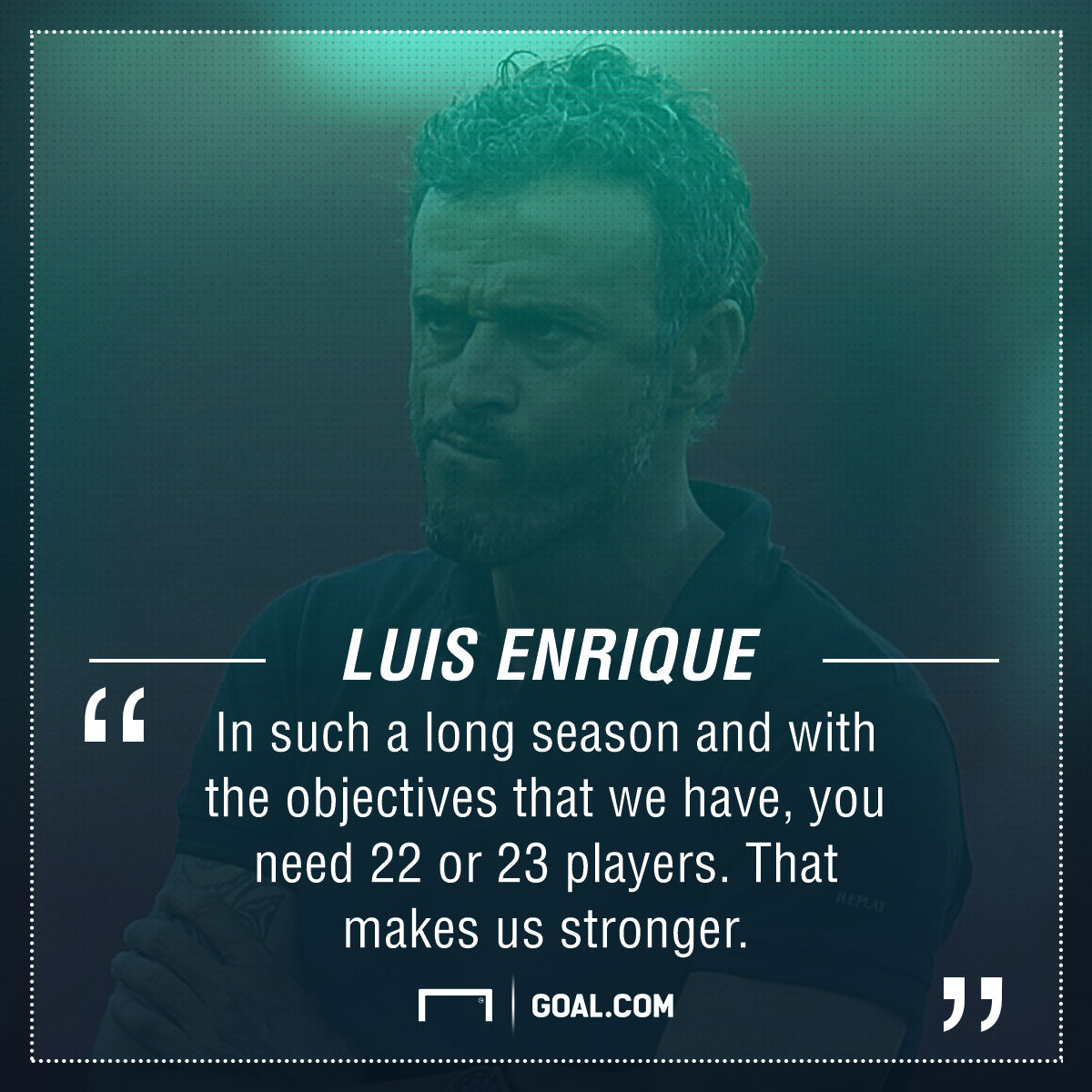 But Barca have not rested on their laurels this summer. Far from it. Conscious that the squad was too small last season, the club moved quickly to bring in several players in July and Luis Enrique will be able to count on much more strength in depth this time around.

At the back, Samuel Umtiti and Lucas Digne both look like excellent signings, while Andre Gomes and Denis Suarez provide quality alternatives in midfield, and Arda Turan, who was so disappointing last term, has already impressed in his second season with an assist and two goals in the Supercopa series. On top of that, a new striker could still be brought in, though the form of the Turkey international and also Munir El Haddadi suggest a fourth forward may not be necessary.

There have been departures, too. Marc Bartra has left the club after barely featuring last season, while Thomas Vermaelen was also allowed to move on as Barca B signing Marlon Santos shone in pre-season. And as the window draws to a close, Claudio Bravo is set to join Manchester City - but only when the Blaugrana have lined up a replacement as back-up to Marc-Andre ter Stegen. 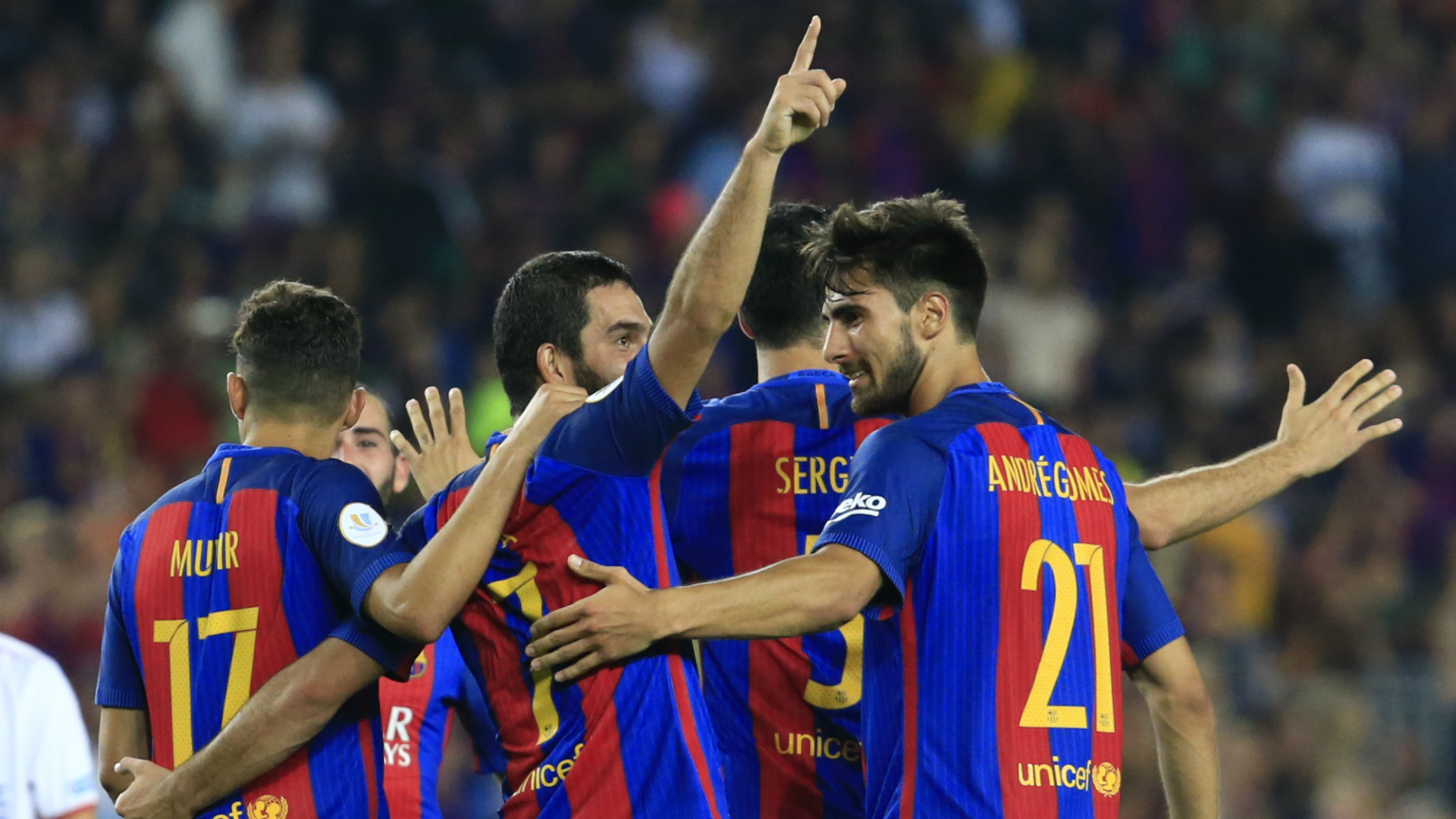 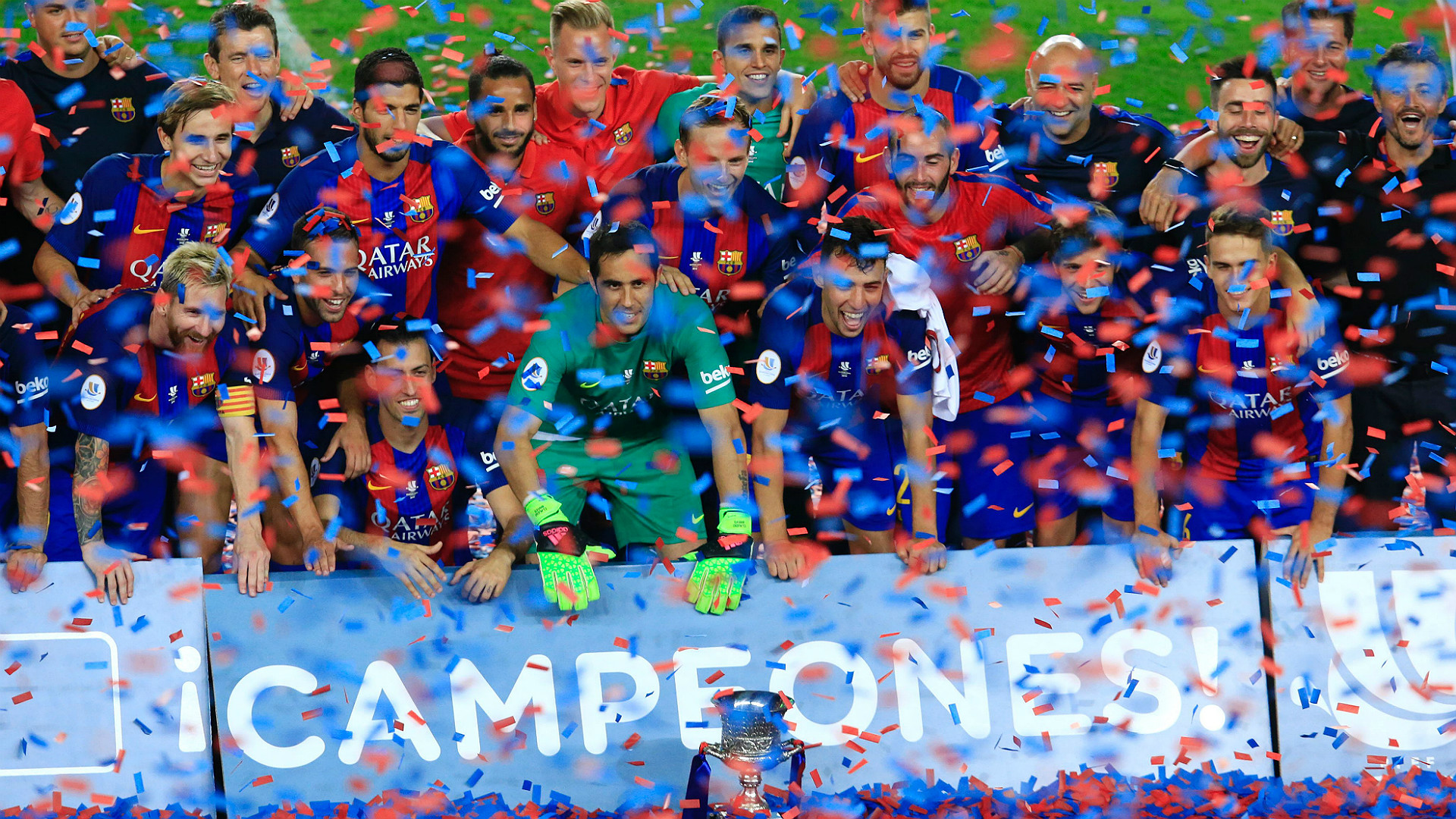 However, the most significant departure of all is that of Dani Alves. The Brazilian right-back arrived in 2008 and spent eight successful seasons at Camp Nou, where he hardly ever saw his place under threat. He will go down as the greatest right-back in the club's history, but he was so much more than that, offering an attacking threat down his flank, linking up superbly with the midfield and forming a successful alliance with Lionel Messi on the right.

Alves has joined Juventus and even Luis Enrique admitted he was suprised to see the player move on. So while Barca look stronger everywhere else, the one question mark is on the right side of defence and how well Sergi Roberto and Aleix Vidal can do in that position after the 33-year-old's exit.

On paper, though, Barca's first XI remains the best in Spain and this time they have a proper squad of players as well. With some excellent signings brought in this summer, the Catalans start as favourites to win La Liga for a third year in a row and sign off what could be Luis Enrique's final season (his contract expires in the summer) having dominated domestically for three straight years.

With Madrid and Atletico both stronger as well, however, this could be the toughest one yet for the Blaugrana. It all starts at Camp Nou against Betis on Saturday.