Ignasi Oliva
The 20-year-old has the talent and, most importantly, the patience to come off the bench for one of the world's best forward trios

Barcelona's attempts to add a fourth striker to their ranks have once more hit a bump, as negotiations with Valencia over Paco Alcacer prove increasingly difficult to close. But the Catalans would be better off looking closer to home, as Munir El Haddadi continues to make a strong bid to be considered the 'fourth man' up front behind the all-conquering MSN.

"I don't care if the fourth striker is a great dribbler or not, he must be quick and know where the goal is," coach Luis Enrique signalled recently. He could easily be talking about the 20-year-old, who has shined in pre-season as Neymar has been absent through Brazil commitments.

Munir has all the attributes technical secretary Robert Fernandez is looking for in his worldwide search for a back-up striker. And while he is still yet to convince Luis Enrique, who does not see him as a viable regular alternative to Lionel Messi, Luis Suarez and the Brazilian, there is no doubt that he has come on leaps and bounds at Camp Nou.

Will Munir stay put at the club? Goal understands that he is keen to remain, but that his hand might be forced should Barca finally sign a new face up front. In any case, the forward is yet to receive a formal bid for his services. 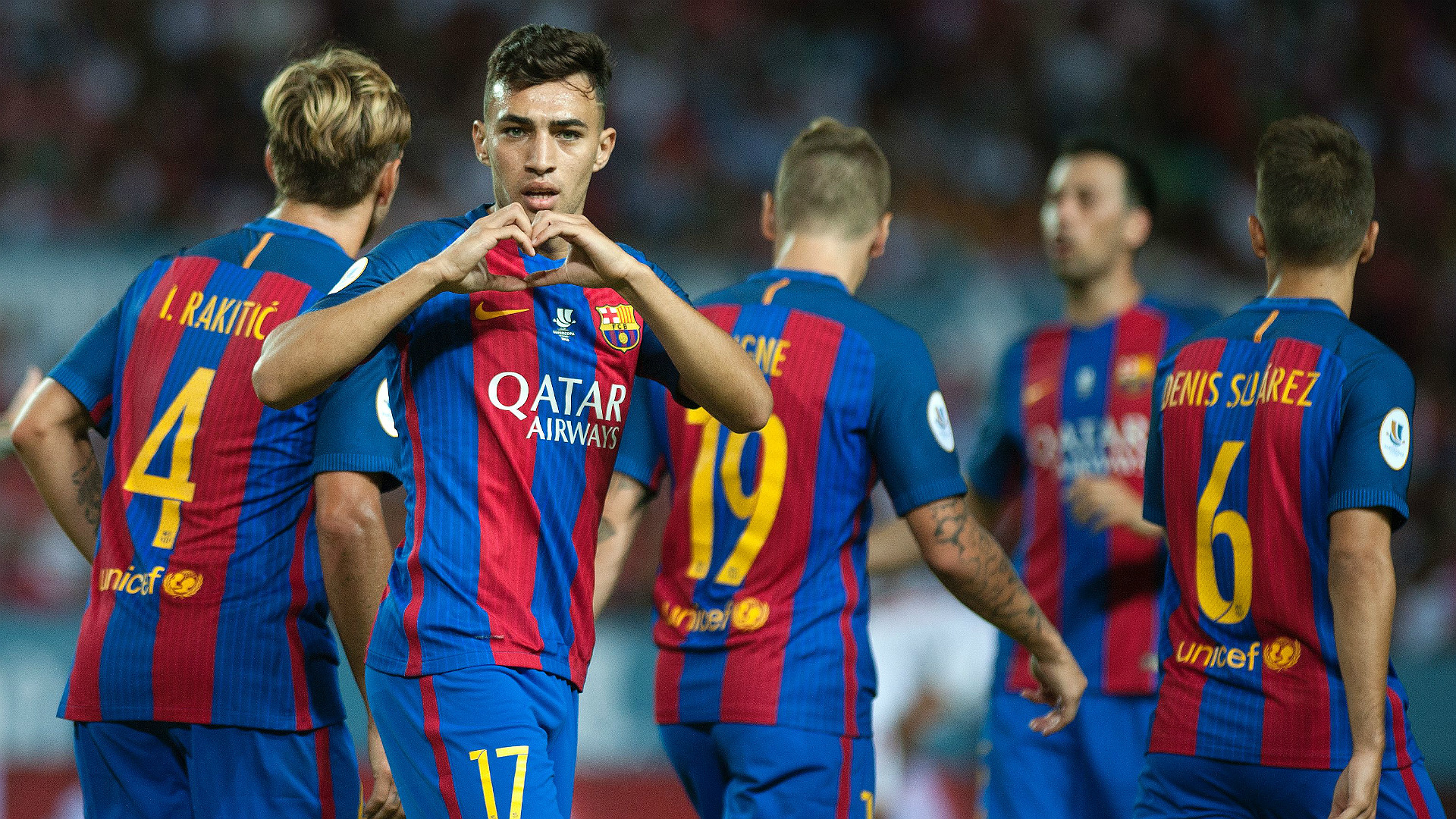 And indeed, with the improvement already seen in the brief glimpses afforded of the youngster, Barca could do much worse than retain him as the first man off the bench.

Last season, Munir needed no less than 16 games to hit his first goal, against Villanovense in the Copa del Rey, while in 2016-17 he was on target in his very first outing to help take down Sevilla.

The La Masia graduate also understands his role in the team, and knows he would have to play the part of understudy for the coming season. No striker looks capable of unseating any member of the MSN, and as long as the South American trio are fit opportunities look set to be limited to stints off the bench and perhaps the odd appearance in the Copa del Rey.

The likes of Kevin Gameiro, Luciano Vietto and Gabriel Jesus were all put off by the prospect, and chose other destinations in the current transfer window. Munir, however, holds Barcelona close to his heart, and if anyone is willing to stay at Camp Nou and attempt the impossible it is him.

Luis Enrique and Fernandez's quest to bring another forward to the club might end in vain this summer. But if Munir stays and continues to progress, the coach should not fret about having a quality replacement on the bench should one of the holy trinity need a rest.