By Matthew Galea
The coach congratulated Luis Enrique's men for winning the game in extra time, but feels his side had enough time to secure the double against the league champions

Unai Emery blamed a lack of "freshness" for Sevilla's Copa Del Rey final defeat to Barcelona on Sunday, but suggested his side should have won it after Javier Mascherano's red card.

Sevilla could not repeat their second-half heroics from the Europa League final during the week, where they beat Liverpool 3-1, despite having an extra man for almost the whole second half on Sunday.

Mascherano was sent off with nine minutes remaining in the first half, before Ever Banega received his own marching orders late in the second, but Sevilla could not make their extra-man advantage count, eventually finishing a player down themselves as Jordi Alba and Neymar scored the goals that won the cup for Barcelona.

"The team have competed very well. With eleven men we wanted to have the ball," Emery said.

"The numerical superiority we had meant we had to have the ball because we were comfortable. 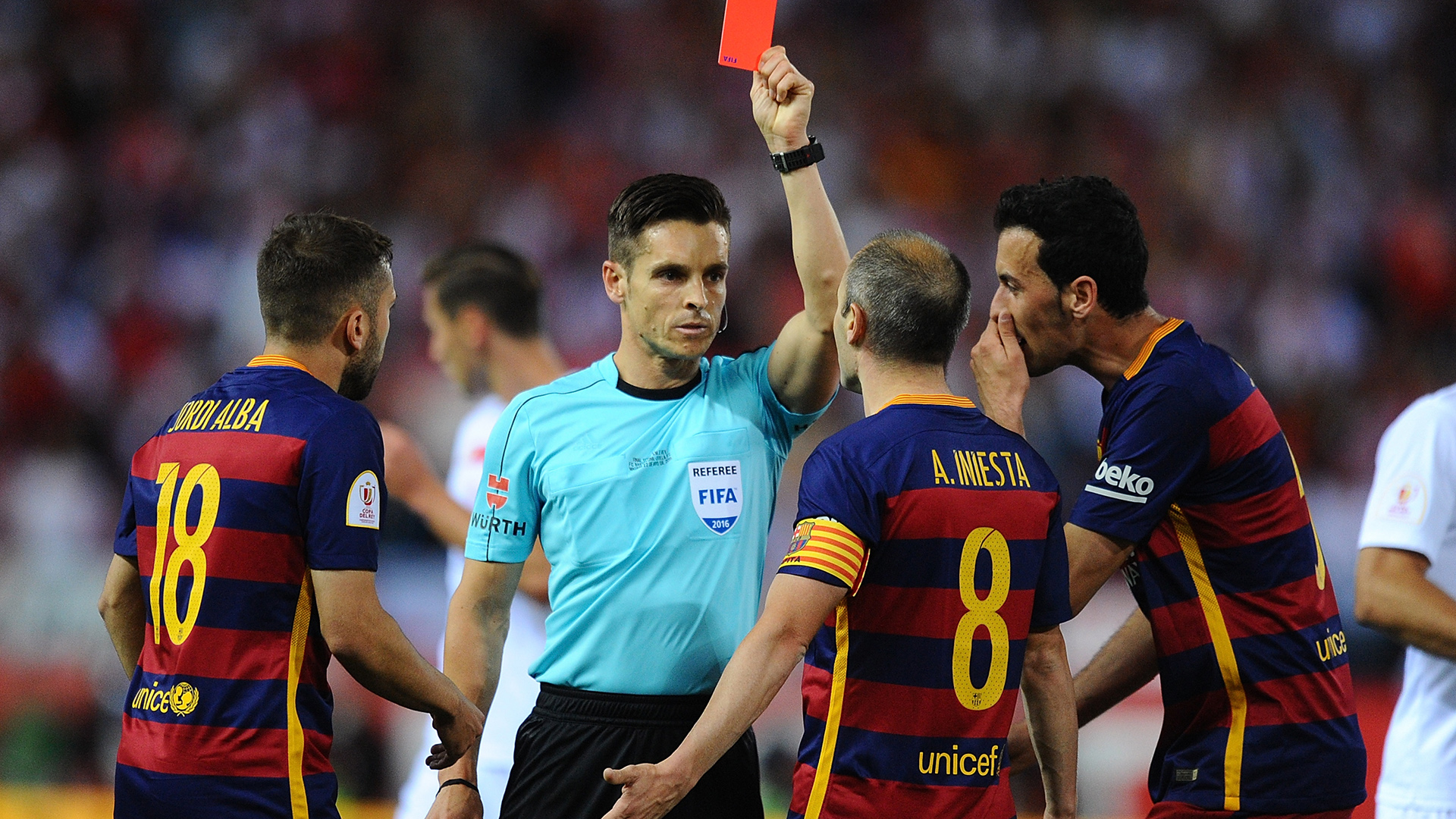 "We had two good chances but we lacked freshness. We had time to beat them.

"We congratulate them for victory but also my players and the whole Sevilla. I am proud of the work done in the cup."

Europa League final hero Coke was one player guilty wasting a decent chance, but Emery said he would always accept his star regardless of mistakes.

"With Coke, he always goes to war. I want that when it goes well and when it fails," he added.

"The team has been prepared and has competed with a team like Barcelona. I forgive all mistakes. I do not believe in luck, what has been lacking is freshness.

"In football we are to live special moments, the team has had them and the fans of has lived here and in Basel.

"The response from the fans has been spectacular."

Emery said the goal of his team now was to go one better in the Champions League and qualify for the knockout rounds.

"I have been at the club for three years and I came after a difficult season but the team has grown," Emery said.

"The next step is to take a step further in the Champions League. The club wants to repeat this success and in our internal discussions we do not put limits."