By Ben Hayward
Luis Enrique's side struggled to see off a 10-man Betis outfit in Seville, but the title will be back at Camp Nou if they can beat Espanyol and Granada in their next two matches
As La Liga reaches its climax, Barcelona are crawling towards the title. The Catalans look more tired than both Atletico and Real Madrid, even without the distraction of Champions League football, but they should still win the Primera Division.

After Madrid narrowly beat Real Sociedad at Anoeta and Atletico edged out Rayo Vallecano at the Vicente Calderon earlier on Saturday, it was Barca's turn against Betis. And Luis Enrique's side ground out a victory at the Benito Villamarin to ensure everything stayed exactly how it was at the start of the day - albeit with one fewer fixture now left to play.

Barca's 2-0 success in Seville would win few points for style. The Catalans started slowly and barely threatened in a forgettable first half, but were always likely to have the upper hand once Betis defender Heiko Westermann was sent off for two clear fouls. So they did - and only the three points for the win will matter in the end. 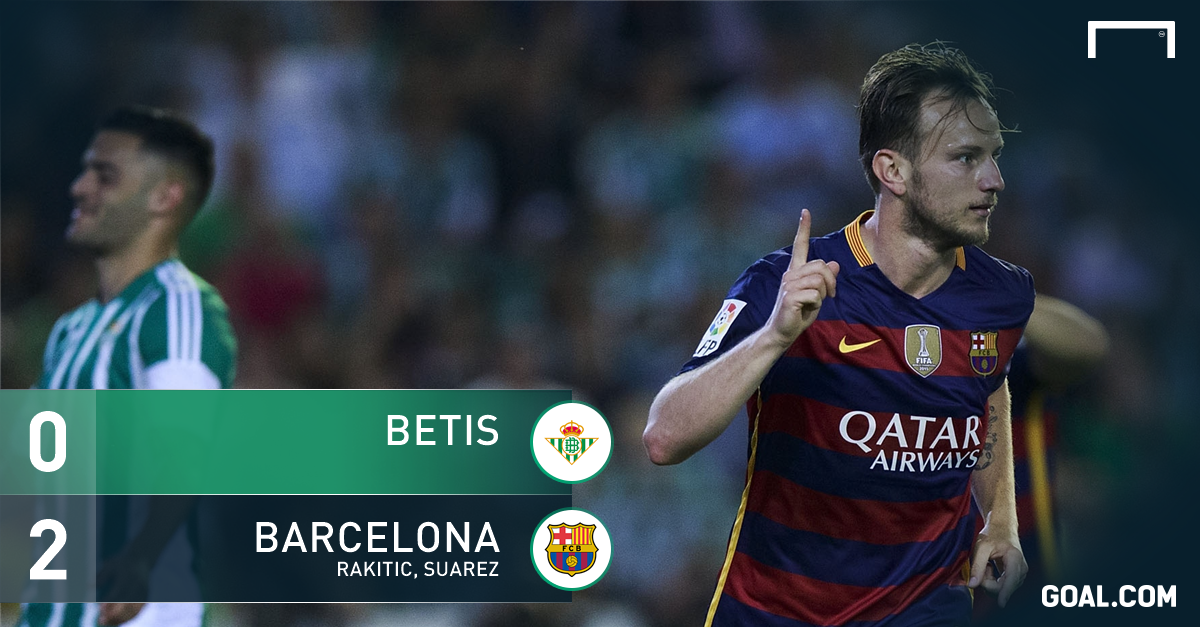 Ivan Rakitic scored the first following a mistake by former Real Madrid goalkeeper Antonio Adan, who had said in the build-up that he hoped to thwart Barca in the title race. Instead, he helped them after a mix-up that allowed the Croat to poke home. And Luis Suarez, who missed two great chances earlier on, made sure of the win late on as he latched on to a perfect pass by Lionel Messi to finish easily.

Fans will not recall this match in years to come as an exhibition of attacking football nor a memorable performance, but it may yet turn out to be an important win. Because Barca stay top, above Atletico on the head-to-head record, and one point clear of Real. The title is now within sight.

To win it, Luis Enrique's side need to do at least as well as their two title rivals in the final two matches. In other words, what they really require is two wins: at home to Espanyol and away to Granada. And even though a derby is always dangerous, Espanyol are off form and recently lost 4-0 to Las Palmas. Granada, meanwhile, are fighting the drop, but Barca's extra quality should see them through that one as well. 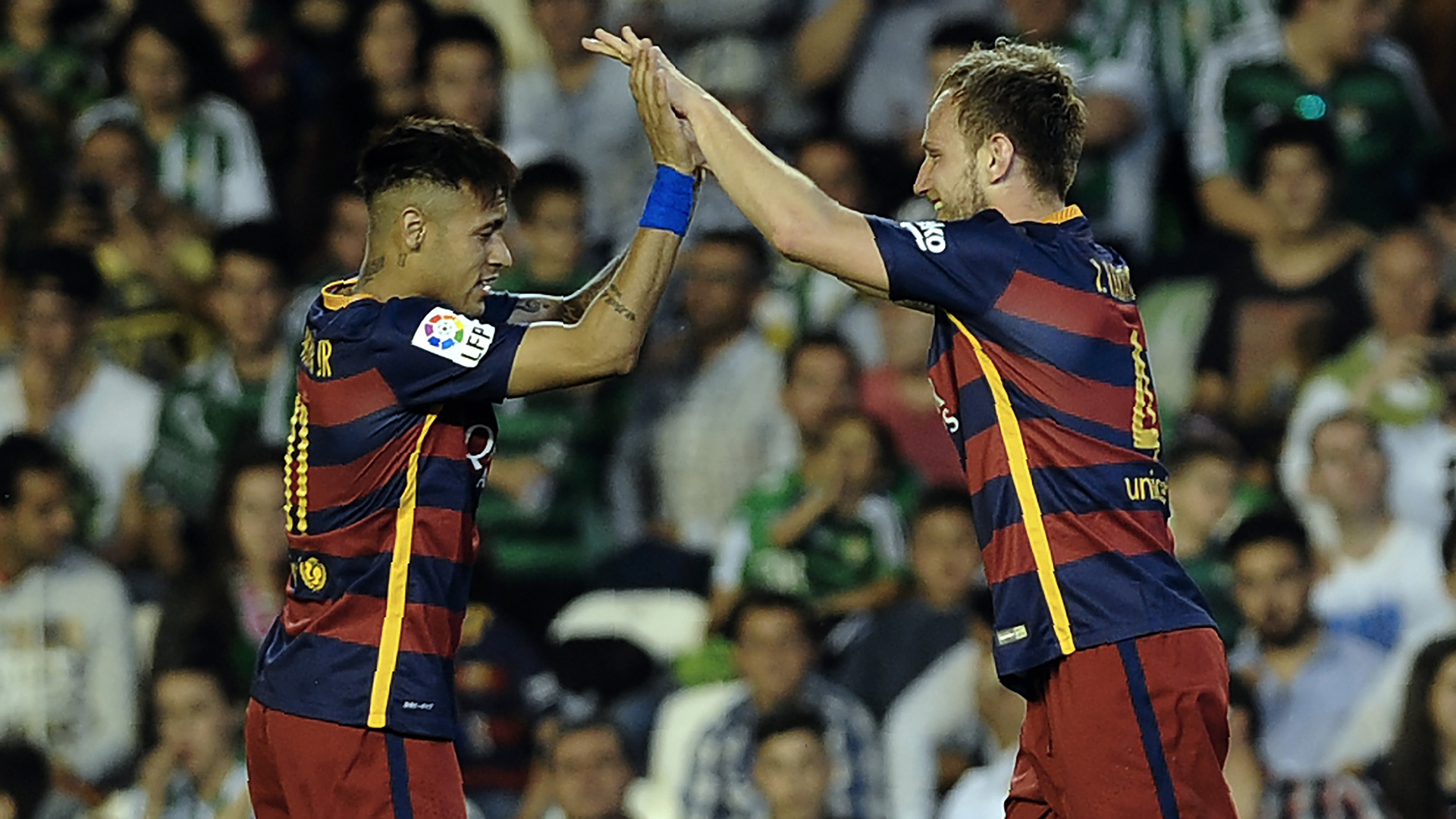 FULL STORY | Barca make hard work of 10-man Betis
Nevertheless, nothing is certain after Saturday's showing. Play as they did against 10-man Betis and Barcelona are by no means guaranteed of success. This match, like others over the past few weeks, highlighted the need for a stronger squad with more depth to give some much-needed rest to the starters and avoid fatigue over the course of a long season.

"We never thought La Liga was won," Luis Enrique said afterwards. "We have to win our games. But we are still first and we still depend on ourselves. La Liga is even closer now." 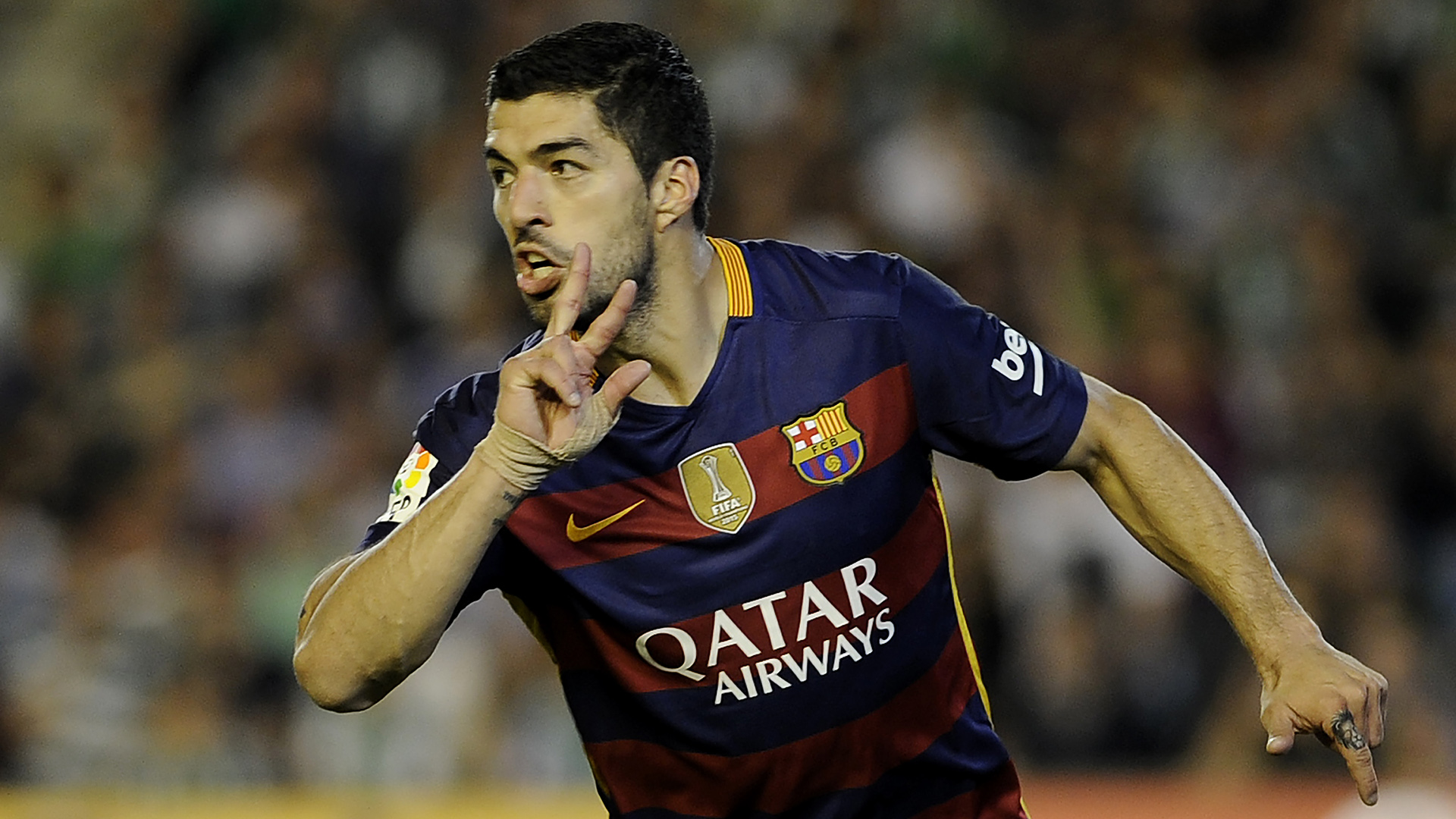 It is. But Barcelona's performances over the last few weeks mean they will now be happy to crawl over the line in first place, when it had previously looked like they would win it by 10 points or more from Atleti and Real.

Following their recent slump in form and three straight losses in the Primera Division, Luis Enrique must have been worried. But now, even though the performance on Saturday was far from their finest, the end is in sight.

So barring a disaster, the Blaugrana will likely be champions again - but they will already be thinking about how to strengthen their squad in the summer in order to avoid a similar situation this time next season.
Close