By Joe Wright
The man who awarded Geoff Hurst's World Cup final goal in 1966 has never been forgotten by England and Germany - but in Azerbaijan, he is a national hero
To the English, he is known as 'the Russian linesman', the unlikely hero of the 1966 World Cup final; to the Germans, he was the perpetrator of the infamous 'Wembley-Tor'. But to the nation of Azerbaijan, Tofiq Bahramov remains a sporting icon.

January 29 marks what would have been the 90th birthday of Bahramov, a former footballer, coach and referee who devoted most of his life to the beautiful game until his death in 1993.

Azerbaijan only gained independence from the Soviet Union in 1991, but within two years, the country's national stadium – originally named after Lenin and designed in honour of Stalin – was renamed the Tofiq Bahramov Stadium, and the iconic old ground will adorn commemorative stamps for the Baku 2015 European Games.

"People like Tofiq Bahramov are only born once in 100 years," said his son Bahram in 2006. In Azerbaijan, at least, his is a legacy which remains undiminished.

Born in 1925, Bahramov fell in love with football from a young age. "He even tore his boots once when he got carried away," his son explained. "Little Tofiq immediately ran to a shoemaker to prevent his mother's despair."

Tofiq went on to play for Azerbaijan's capital clubs Spartak, Dinamo and Neftchi Baku from 1943 until the 1950s; when a serious leg injury forced him to retire, he refused to turn his back on the game. When Dinamo's youth side faced Iashechi in 1951, he stepped in to officiate when the referee failed to turn up. It was more than 20 years before he would put down the whistle. 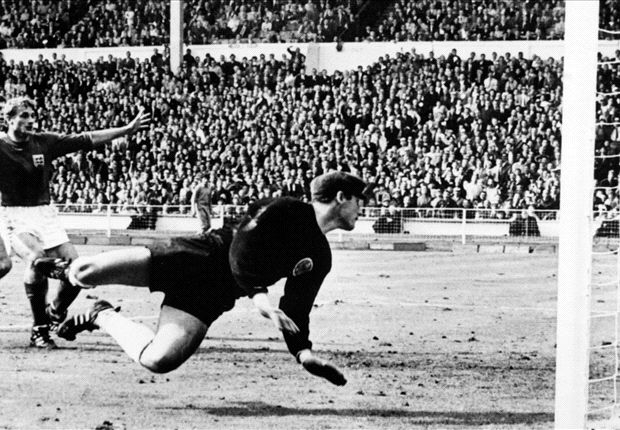 Tilkowski looks on in hope as Hurst's effort cannons back off the crossbar
Having officiated in the old USSR for more than a decade, Bahramov was rewarded with a place on Fifa's referee panel in 1964. Two years later, he was the man in the middle on the biggest stage of all, taking charge of Spain's World Cup group game with Switzerland at Hillsborough. However, it was as one of referee Gottfried Dienst's assistants for the final between England at West Germany when he etched his name into the annals of the sport in one of its most controversial moments.

With the scores deadlocked at 2-2 after 11 minutes of extra-time, Alan Ball's cross found Geoff Hurst, who turned and fired the ball off the underside of the crossbar. Goalkeeper Hans Tilkowski was scrambling as England players frantically appealed for the goal, and Dienst turned to Bahramov for confirmation as to whether the ball had crossed the line.

A nod of the head and a wave of the flag put England in the lead and Germany into apoplexy, before the Three Lions went on to win 4-2. National newspapers paid tribute to 'the Russian linesman' for his decision, while the term 'Wembley-Tor' entered the German vernacular and was recirculated with glee when Frank Lampard's ghost goal was ruled out in 2010.

Writing in his memoirs in later life, Bahramov maintains he was correct, citing the movement of the net as evidence that the ball really was over the line. His career as a referee was certainly never hampered. Bahramov went on to officiate at the 1970 World Cup, in the European Championship, a title-decider in USSR and the first leg of the Uefa Cup final between Tottenham and Wolves. Iconic goalkeeper Lev Yashin even invited him to take charge of his farewell match in 1971, in recognition of a man who considered the role of referee as "a magician for 90 minutes". 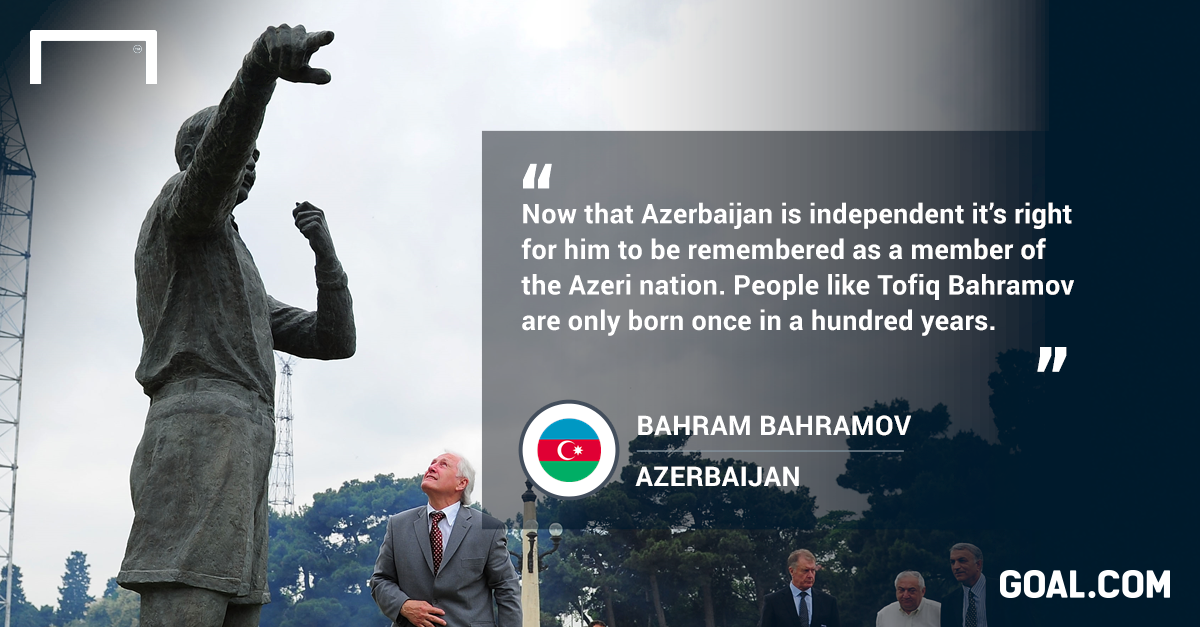 Bahramov later worked as a coach at Neftchi and ultimately went on to become general secretary of Azerbaijan's football federation, having a huge impact on the development of the game at all levels in the country. For England and Germany, however, little is remembered outside that famous day at Wembley.

In 2006, before England's World Cup qualifier with Azerbaijan, away fans donned 'Bahramov 66' shirts and flocked to the huge statue built to commemorate the world's most famous linesman, with Geoff Hurst and Fifa president Sepp Blatter paying tribute to 100 years of football in the country. Tilkowski had also been invited. "There were about 150 journalists around us. Before the first question came in, I said: 'Let's be clear - the ball was not in.'"

The Bahramov Stadium – home to both the national team and Qarabag, who held Inter to a 0-0 draw in this season's Europa League – was renovated in 2012 ahead of the Under-17 Women's World Cup and will host the archery at the European Games this summer. While it will soon be eclipsed in size by the Baku Olympic Stadium, it will never lose its place in Azerbaijan's sporting story. Neither will its eponymous hero.

"Now that Azerbaijan is independent, it's right for him to be remembered as a member of the Azeri nation," said Bahram Bahramov. Few can argue what he means to football in the country – whatever side of the line you think the ball bounced.

Baku 2015 is the first ever European Games, an exciting and innovative multi-sport event for the continent which will take place from 12 – 28 June 2015. Click here for more information.
Close