Jamie Smith
The Ivory Coast international has inspired Crystal Palace's rise up the Premier League table, but Roy Hodgson is not sure he can keep the forward

Crystal Palace manager Roy Hodgson is not sure the club can keep hold of sought-after attacker Wilfried Zaha during the January transfer window.

The in-form Ivory Coast international has hit four Premier League goals to help Palace - unbeaten in seven - climb out of the relegation zone and up to 14th.

Zaha's fine performances have led to the 25-year-old being linked with a host of top sides, including Manchester City, Arsenal and Chelsea.

But while Hodgson will be determined to hold on to the versatile attacker, the former England manager accepted the situation may be out of his control.

"I don't think as a manager you can ever give guarantees on anything," Hodgson told reporters ahead of Saturday's Premier League game against bottom side Swansea City.

"It's a great credit to the club and to Wilf Zaha that if there are rumours circulating of so-called bigger clubs looking at him and maybe making a bid, we should be pleased about that.

"It means he is doing his job, he's helping us get the points we've been getting. I'll look at it that way at the moment. If the day comes when one of those rumours becomes the truth, I'll come to terms with it and deal with it at that moment in time.

"If you ask me do I want Wilf Zaha to stay at the club then I'm like the rest of the Crystal Palace supporters, of course I do." 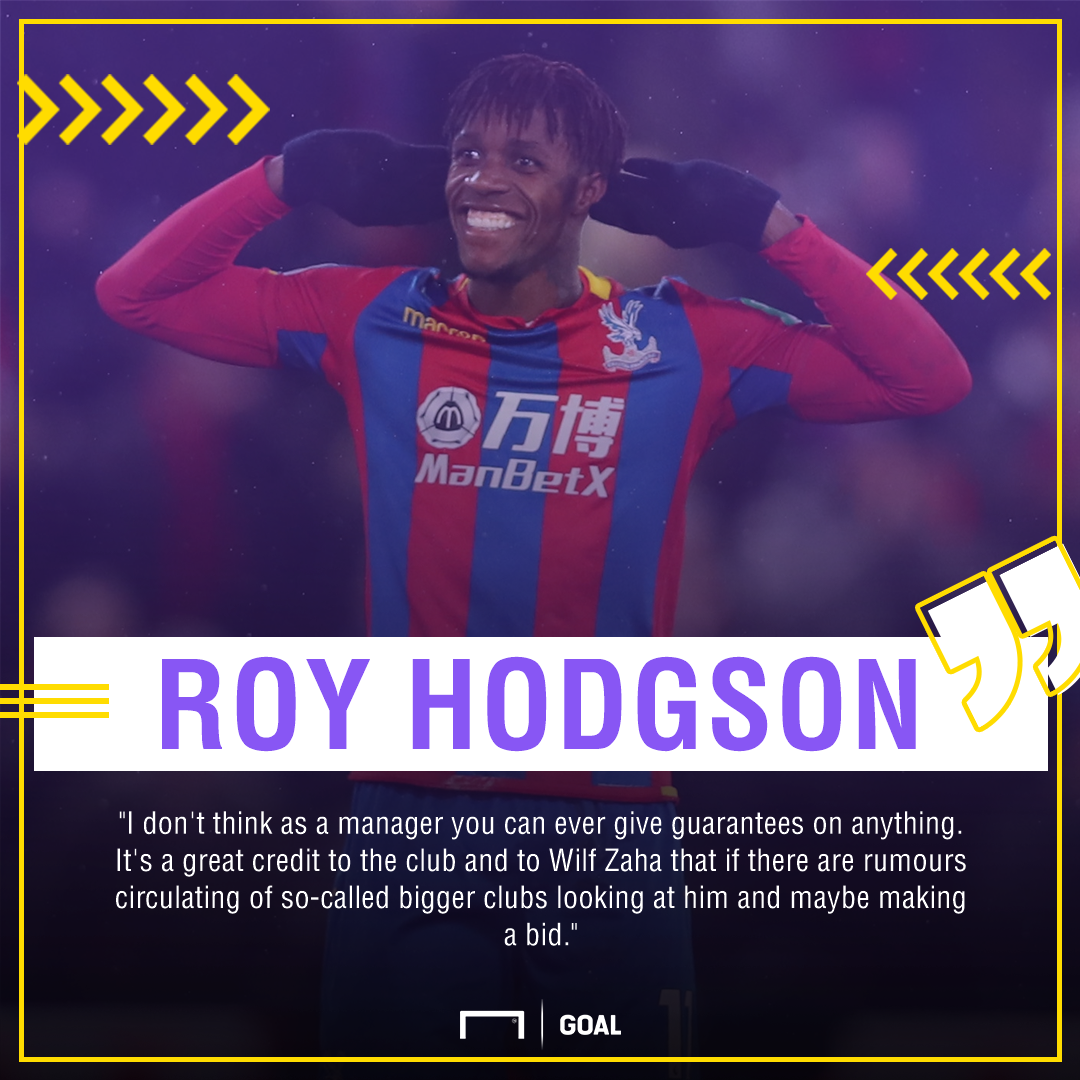 Zaha could lead the line for Palace in the absence of suspended striker Christian Benteke, while Joel Ward, Timothy Fosu-Mensah and Mamadou Sakho are all out due to injury.

Hodgson confirmed skipper Jason Puncheon has not been stripped of the captaincy, after he was charged with assault and possession of an offensive weapon by police after a late-night incident, with the attacker available to be picked despite being due to appear in court on January 5.

"At the moment he remains club captain and available for selection," Hodgson said. "What the club are deciding to do is to wait until this police investigation is completed and we are in full control of the facts of the situation.

"When that happens and when that has been made clear to us by the police, and he's had his trial, then we will decide what action is necessary to take. In the meantime, we are presuming his innocence until he is found guilty of any crime.

"We had a long conversation and that will remain private and he's had a similar conversation with the chairman [Steve Parish]. He's made it clear to me that he's very determined to make himself available to do the very best job he can as a captain and as a player for the club while this matter is being sorted out."