Joe Wright
Nemanja Matic says he will strive to emulate the success enjoyed by Nemanja Vidic during his career with Manchester United.

New Manchester United signing Nemanja Matic is eager to live up to the success enjoyed by compatriot Nemanja Vidic at Old Trafford.

Matic completed his move from Chelsea on Monday after a reported fee of £40million was agreed between United and the Premier League champions.

The midfielder played for Serbia alongside former United captain Vidic, who won five Premier League titles and the Champions League in a glittering career eight-year spell at the club.

And Matic is keen to make sure that his namesake has no reason to question his move from south London.

"Vidic was a great player, he was one of the players I looked to be similar to because he had a great career," the 28-year-old told MUTV .

"He was the leader of our national team and it's great to be at the same club, like him. I'll try to do my best to repeat what he did. I know it's going to be hard but I don't want him to tell me one day 'what are you doing there?'." 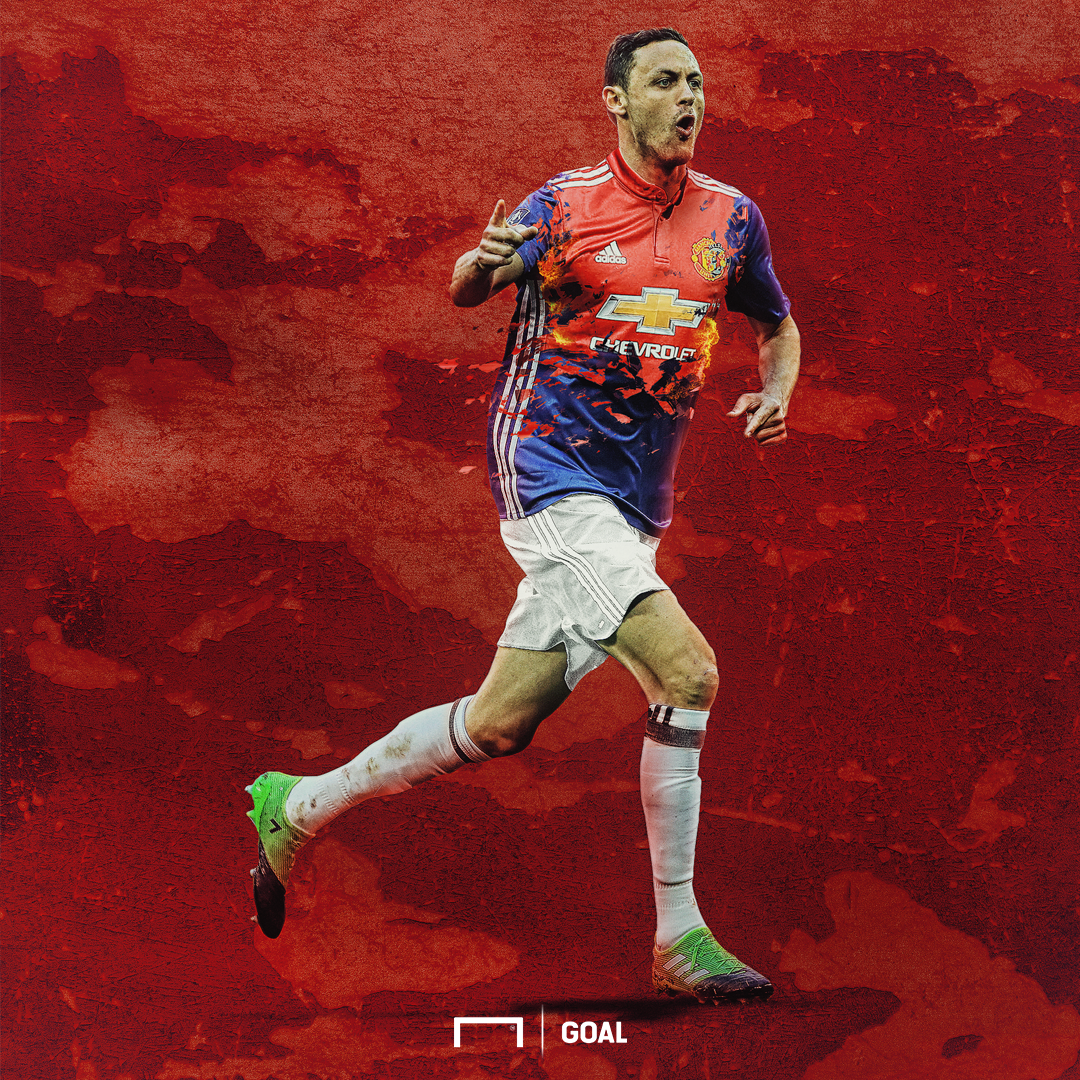 Matic admits he is proud to have been signed for a second time in his career by Jose Mourinho and is looking forward to the prospect of making his competitive debut in the UEFA Super Cup against Real Madrid on August 8.

"I feel great. Manchester is one of the biggest clubs in the world and I'm very happy because I'm now part of this great club, this great group," he said.

"My wish was to train with Jose and of course when you have a coach like him and a club like Manchester, you don't need to think a lot. My decision was very easy.

"He's a great coach. When I worked with him before, he always took the best from me and I improved a lot with him.

"When the coach wants you to come to the club, it gives you more motivation, more possibility and I will for sure give my best to show that I deserve to be at this club and part of the group.

"It's very important to come as soon as possible, to have time to adapt to the coach's wishes and new team-mates and I'm happy I'll have some days to train with them before the first big game, against Real Madrid.

"It will be a great game. It's going to be interesting, I think all [of] the world will be watching. They are Champions League winners and it's going to be a hard game but I'm sure we'll be ready.

"I'm sure that this season we can do big things."

Matic has won two Premier League titles in the last three years and he is confident that United have the strength in depth to compete for glory both domestically and in Europe this season.

"Manchester is one of the best teams, for sure. It's difficult to make a plan before the season starts but we'll try to win every game.

"This competition is something special. They are the best clubs in Europe. We're happy to compare with them."