Paul Pogba has described Antoine Griezmann as a "brother" as speculation continues to link the Atletico Madrid star with Manchester United.

A report in England in the past week claimed that talks between United and Griezmann had reached an advanced stage, with Jose Mourinho said to be willing to match the forward's €100 million release clause.

Atletico president Enrique Cerezo responded by saying that he expects Griezmann - who joined from Real Sociedad in 2014 - to stay with the club for years to come.

But Pogba has likely encouraged further talk of the 25-year-old joining United by saying that their relationship off the field encourages them to play well together.

"I always have good times when I'm with Grizou," he told Telefoot. "He's my brother, we're always together. 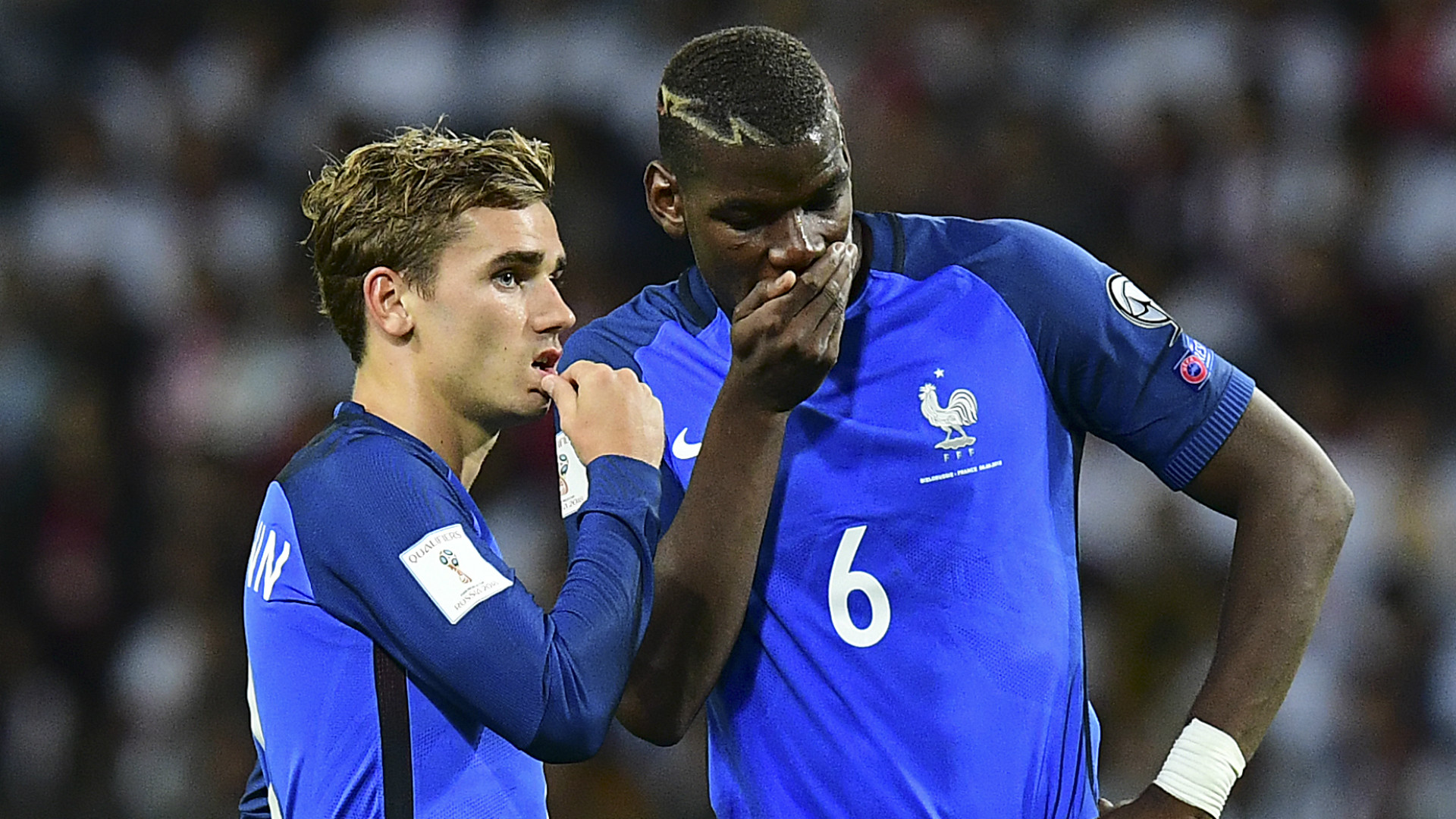 "When you're feeling good away from the pitch it's easier for you on the pitch, and that's what's happening with the France team."

Pogba has struggled to find consistent form for United since his world-record transfer from Juventus and failed to make a significant impact in Saturday's 1-1 draw with Stoke City.

But the 23-year-old is confident that the team are showing signs of progress under Mourinho and he has not given up hope of claiming the Premier League title this year.

"It took a little time to adapt with the team," Pogba said. "We feel much better, the results are here and we're getting closer and closer to the top."

Asked for his objectives for the year, he added: "Winning the Premier League, the most trophies possible and to keep going well in the France team. Next year, the World Cup!"