Iain Strachan
The Reds offloaded the Belgian striker because the striker destroyed his manager's glasses celebrating a goal, he has joked

The German had his spectacles smashed during the wild celebrations that greeted Adam Lallana's winner in a remarkable 5-4 victory away to Norwich in the Premier League last term.

Benteke left Anfield for Selhurst Park in August, having lasted just one season on Merseyside.

Speaking to the Liverpool Echo, former Borussia Dortmund coach Klopp mischievously suggested the Belgium international was shown the door after forcing his boss to visit the optician.

"They were absolutely broken! In the picture I have them in my hands," he said of his crushed eyewear. "It was Christian Benteke who did it. So don't kill my glasses or otherwise you will be sold!" 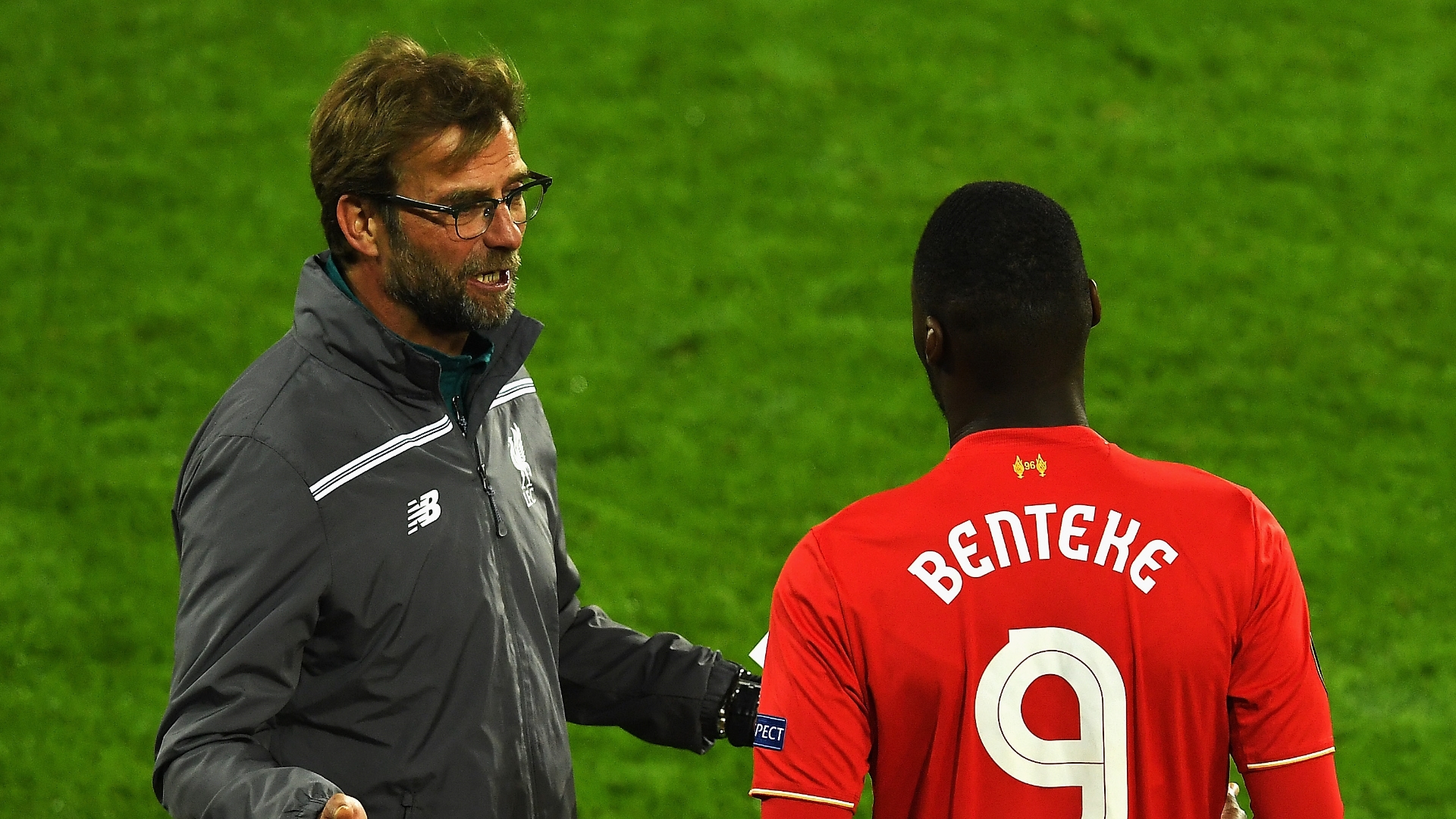 While the encounter at Carrow Road was undeniably memorable, Klopp would prefer his players learn to win the simple way, having given up the lead to drop points in a similarly thrilling 4-3 loss away to Bournemouth early in December.

"I actually don't wish we have games like this a lot of times because it's quite nervy and intense," he said.

"It was a very different end to the game than what happened to us at Bournemouth earlier this month.

"In that moment, when we drove home from Norwich, I knew there would be a day when we would be on the other end of a result like that. We are a team that's involved in a lot of dramatic endings.

"It was a wonderful experience, that game at Norwich. It showed a lot about the boys and a lot about the spirit in the team we had after four months working together. That was a nice highlight."