The Catalans' decision to sign the goalkeeper from the Dutch giants may have come as a surprise to many, but the 27-year-old will be a reliable back up to Marc-Andre ter Stegen

When Barcelona’s desire to sign Jasper Cillessen from Ajax for around €12 million was first reported last week, it generated a great deal of scepticism and surprise.

Despite being a World Cup bronze medallist with three Eredivisie titles under his belt, it seems criticism is never far away from the 27-year-old goalkeeper and a move to the Spanish champions left many supporters completely baffled.

Especially in recent weeks, the ex-NEC shot-stopper’s reputation has taken a battering. A shaky display against PAOK in Greece left Ajax in danger of being eliminated from the Champions League qualifying stage. And they are still not in the clear yet – he did not look solid against FK Rostov in the first-leg of their play-off tie in Amsterdam either, as he allowed a long-range free-kick to slip past him.

Ajax have been terrible for the last two years, having gone from Eredivisie champions four times in a row to being humiliated by PSV. Morale in the Dutch capital has plummeted, and it seems Cillessen is suffering as a result.

The Netherlands international has been one of few Ajax players capable of taking pride from performances over those two disastrous campaigns – being named the club’s player of the year in both years, making his latest bout of inconsistency somewhat perplexing.

The emergence of Barca’s interest, which he had reportedly known about for weeks, had Dutch media wondering if his head had been turned. Regardless, it is quite clear he needs a new challenge.

Cillessen had been linked with Manchester United and Bayern Munich just over a year ago, but no move materialised. Stepping up from the Amsterdam Arena to Camp Nou is the biggest step he is ever going to be presented with, though, even if it is to play back-up to Marc-Andre ter Stegen. 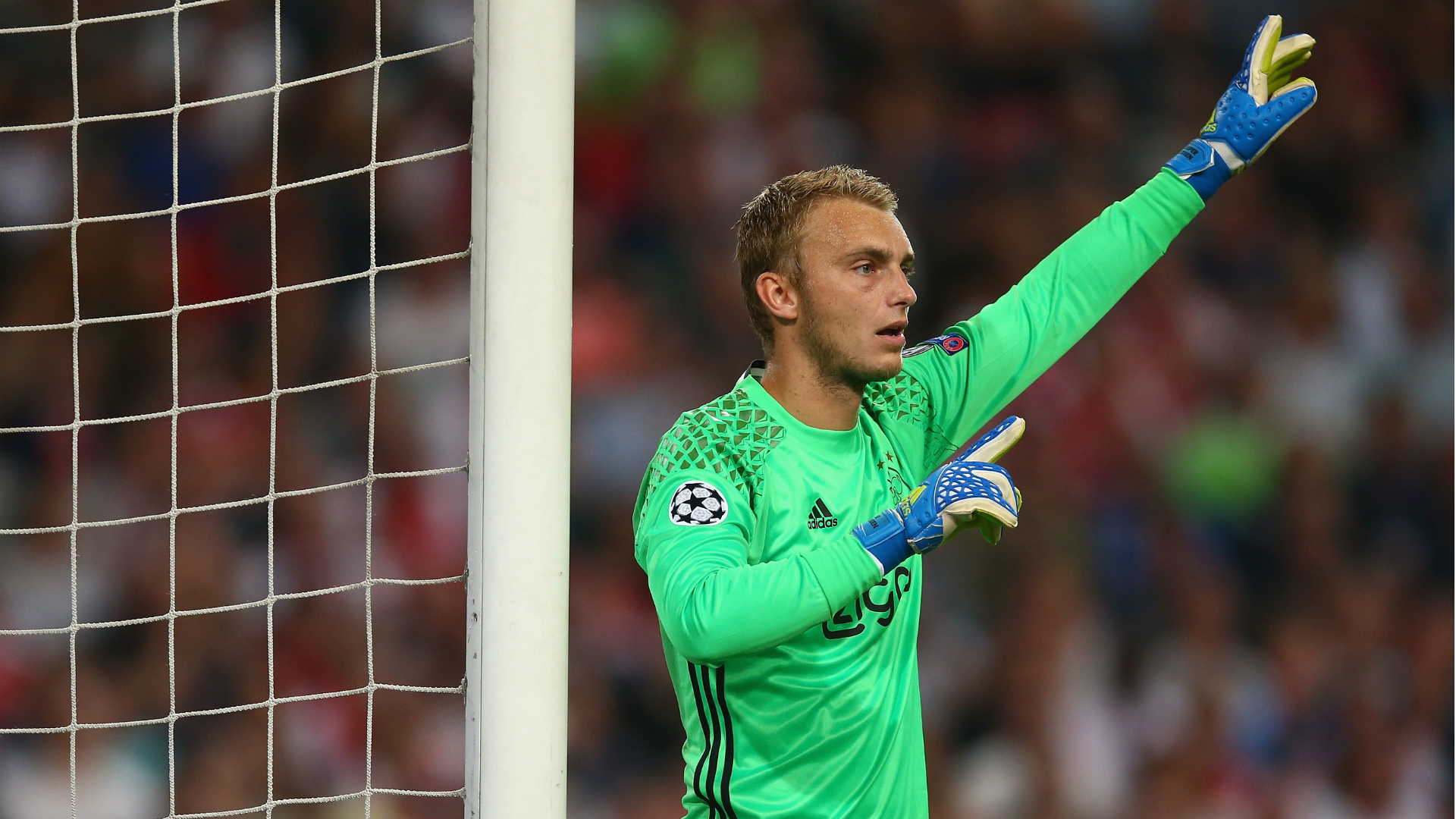 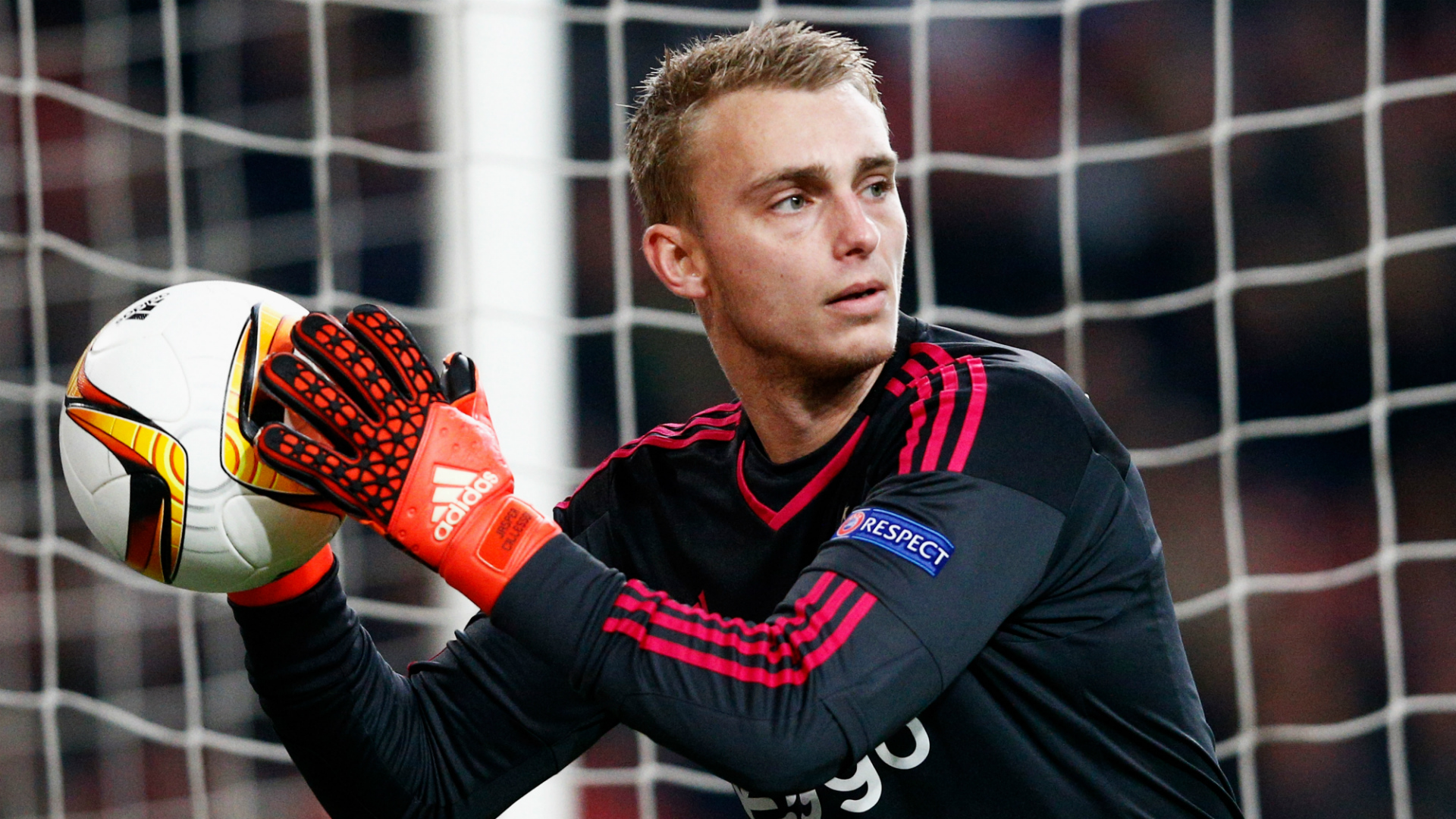 The potential of the German shot stopper is, of course, much greater than Cillessen’s. He has been destined for the top since he first broke through at Borussia Monchengladbach as a startlingly sound and composed shot stopper at just 18.

Now 24, after playing all of Barca’s Champions League and Copa del Rey games last term, with Manchester City-bound Claudio Bravo remaining No.1 choice in La Liga, Ter Stegen is ready to push on as the main man between the sticks in Catalunya.

Cillessen, though, is an able back up for the Germany international. His big move from the Eredivisie comes much later than is normal for most players, but his rise has not been a regular one.

While players tend to break through in the Dutch top flight as teenagers, Cillessen did not see his first full campaign in the Eredivisie until he was 21, lining up for his hometown team NEC, after nine years in their youth system.

Cillessen was patient as he waited for his debut, stepping into the starting XI in the third week of fixtures in the 2010-11 campaign in place of the experienced Gabor Babos, who was sidelined due to a hernia operation.

The fledgling keeper made the position his own, though, playing every minute of football for NEC for the rest of the campaign and racking up one of the highest save percentage figures in the league.

That campaign was enough to convince national team coach Bert van Marwijk of his quality and he included him in the squad which travelled to South America to take on Brazil, though it was Tim Krul who played instead.

Ajax, who had just sold Maarten Stekelenburg to Roma, were sold on Cillessen, too, and signed him in the early stages of the following campaign for a fee which, after bonuses, came to just under €4m.

The presence of Kenneth Vermeer, though, left the keeper deprived of first-team opportunities and he was used sparingly from the bench for his first two seasons in Amsterdam. Instead, he went from playing for NEC in the top flight to turning out for Ajax’s reserves in the second tier of Dutch football.

As the 2013-14 campaign approached, he had confirmed he was nearing the end of his tether, putting Frank de Boer under pressure to either play him or sell him. The problem was, however, that the often ropey Vermeer had been in fine form the previous year and De Boer had no reason to drop him. However, a shaky start against AZ followed by a dismal showing in a 4-0 trouncing at the hands of PSV a few weeks later saw the coach make his mind up – Vermeer had to be replaced. 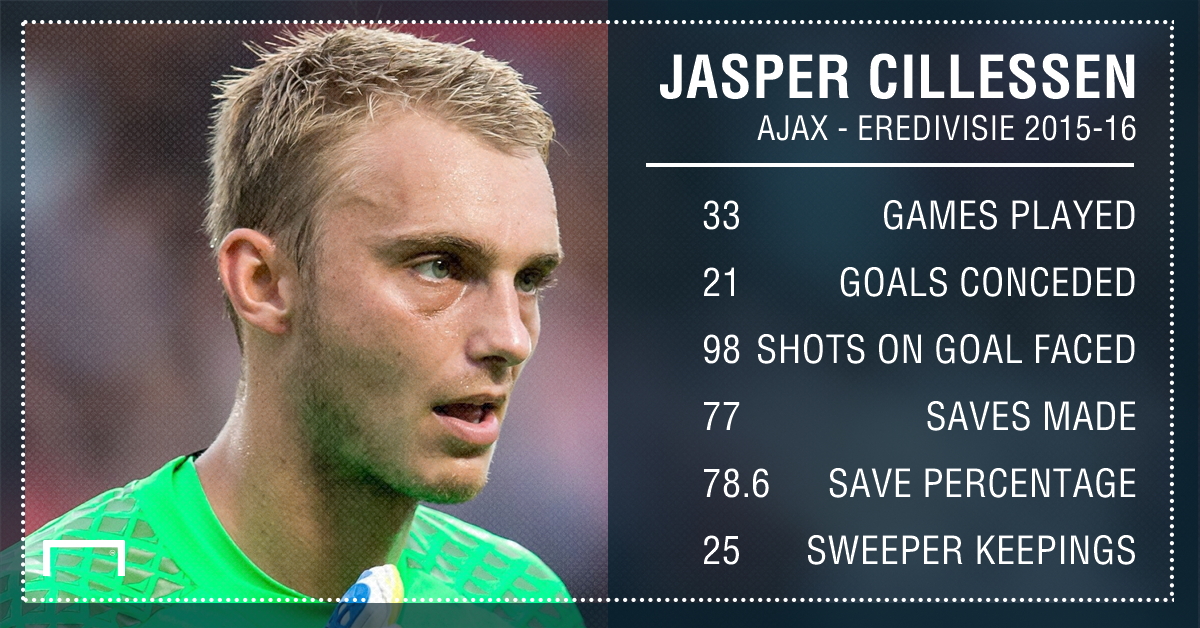 And so Cillessen earned his place at the base of the first team and impressed throughout as Ajax lifted a fourth consecutive Eredivisie crown.

Shortly after the season ended, he was a regular in the national team and Louis van Gaal’s first choice as the Oranje went on to finish third at the World Cup. The substitution in the last minute of extra time against Costa Rica to allow Krul to save the penalties was a humiliating one for Cillessen. However, it seemed more of a master tactic from the coach than it did an indictment on the otherwise reliable keeper, who had never saved a spot kick in his career - though he eventually saved one against Wales over a year later. It was barely even a blip on a sound international campaign from him. He had still been playing in the second tear just nine months before, but now he stood as a crucial part of a side which finished third in the game’s biggest competition.

Since then, Cillessen has only developed further. While the command of his area was certainly lacking in his early days, he has since developed into a sound all-round goalkeeper, while he has abecome stronger in the air too. Crucially, he is of the mould of goalkeeper that Ajax and Barcelona demand – one who is good with the ball at his feet. His cheeky and casual cut inside to avoid a tackle from Gonzalo Higuain at the World Cup showed that, his sly smile as he glanced back at the now-€90m striker was further testament to his confidence.

He has been comfortable and consistent for Ajax following his breakthrough. A reliable figure, no Eredivisie goalkeeper has matched the save percentage of 81% that he has maintained since 2013-14.

Even as Ajax finished an embarrassing 17 points behind PSV in 2014-15, he was devoid of blame – they would have been much worse without him in goal. “He’s one of the few players who has had a very good and consistent season. Actually, he is the only one,” was De Boer’s assessment. It was no huge surprise, then, that Manchester United and Bayern Munich were reportedly interested in him, though no move materialised.

He was sound again last term as the perennial giants lost out on the title again to PSV in the final day of the season, once more racking up the highest save percentage and being wonderful when it came to enacting the sweeper-keeper role.

This campaign was always shaping up to be a difficult one for the Godenzonen, with a change in coach, a lack of fully developed players – Cillessen is the oldest first-team regular and the fourth most senior in the entire Ajax squad – and the further strengthening at PSV.

It is, then, natural that Cillessen would fancy a move away from Ajax, and a move to Barca is even greater than he would have hoped for.

He may now be second choice to Ter Stegen, but Cillessen will always be ready when called upon. Mentally strong, determined and always having to try his hardest to prove the plentiful doubters wrong, Cillessen will push his German team-mate on, but he will be looking to take over his spot if he slips up.