Romeo Agresti & Loic Tanzi
The Italian champions have already agreed personal terms with the France international, who wants to move to Turin, but they have yet to finalise a fee with the Parisians

Juventus will attempt to wrap up a €30 million deal for Paris Saint-Germain midfielder Blaise Matuidi at Thursday's Champions League draw in Monte Carlo.

The Bianconeri are still looking for a replacement for Paul Pogba, who joined Manchester United for a world-record €105 million earlier this month.

After seeing Chelsea rebuff their interest in Nemanja Matic and Zenit turn down their €18m offer for Axel Witsel, Juve have now focused their attention on Matuidi.

PSG president Nasser Al-Khelaifi insisted on August 8 that the 29-year-old would not be sold, describing the France international as "a pillar" of PSGs team, while new coach Unai Emery has repeatedly expressed his desire to hold onto the player. 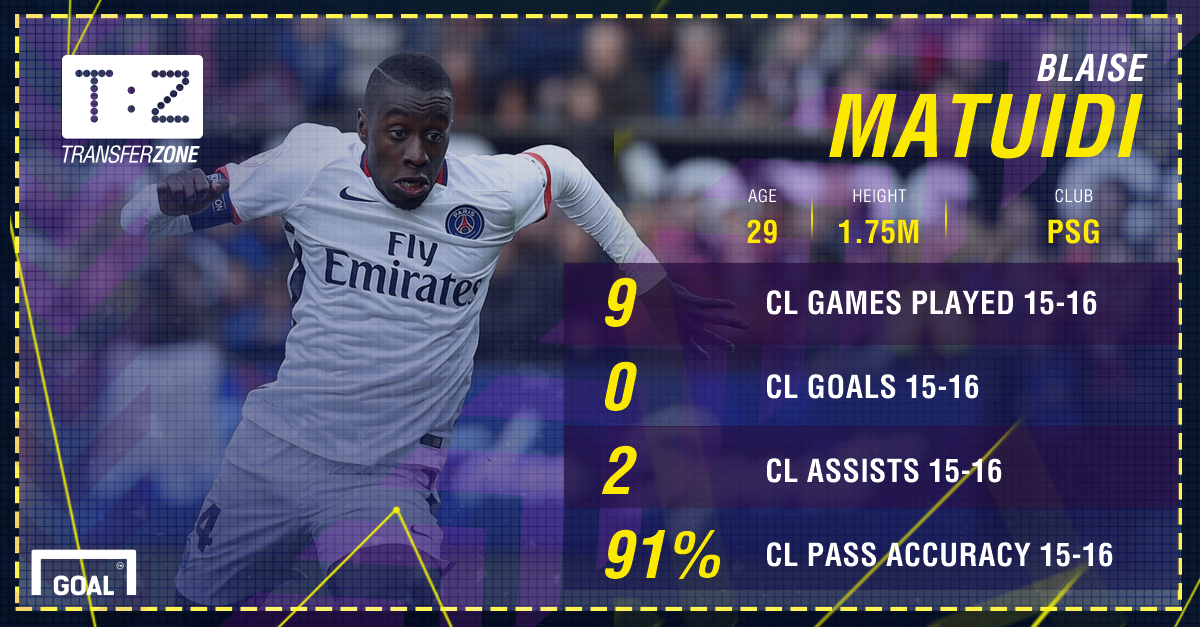 However, the Ligue 1 titleholders have a plethora of options in midfield - particularly after the arrival of Grzegorz Krychowiak from Emery's former club Sevilla - and are now willing to let Matuidi leave for the right price.

Juve are thus hoping that PSG will accept a bid of €30m, including bonuses, for the Toulouse native, who has already agreed a four-year contract with the Old Lady with an annual net salary of €4.5m plus bonuses.

Indeed, the Bianconeri's bid to sign Matuidi is boosted by the fact that the former Saint-Etienne ace is represented by Mino Raiola, who negotiated Pogba's move to Manchester, as well as Zlatan Ibrahimovic's transfer from PSG to Old Trafford.

Consequently, Juve directors are confident of finalising a deal when they meet with their PSG counterparts in Monaco for the draw for the group stage of the 2016-17 Champions League, particularly as Hernanes could join Benfica before the close of the transfer window on August 31.