The 26-year-old's deal expires at the end of the month and he only managed to make two appearances for the club after struggling to prove his fitness - scoring just one goal.

He had wanted to stay at Chelsea but Conte has instructed the club to turn their attentions to other transfer targets including Alvaro Morata, Romelu Lukaku and Gonzalo Higuain.

Conte is joining Chelsea after his Euro 2016 campaign with Italy, but in the meantime has helped give his club a shortlist of targets while his future club is currently in the process of reviewing their loan players.

His agent, Kia Joorabchian, exclusively told Goal in April  that his ideal scenario without a Chelsea offer would be a move to another Premier League club and one that is London-based being a perfect option.

Conte was announced as Chelsea's next manager on a three-year deal two days after the former AC Milan striker's debut and Pato is unlikely to find another club in the coming weeks meaning he will return to Corinthians. 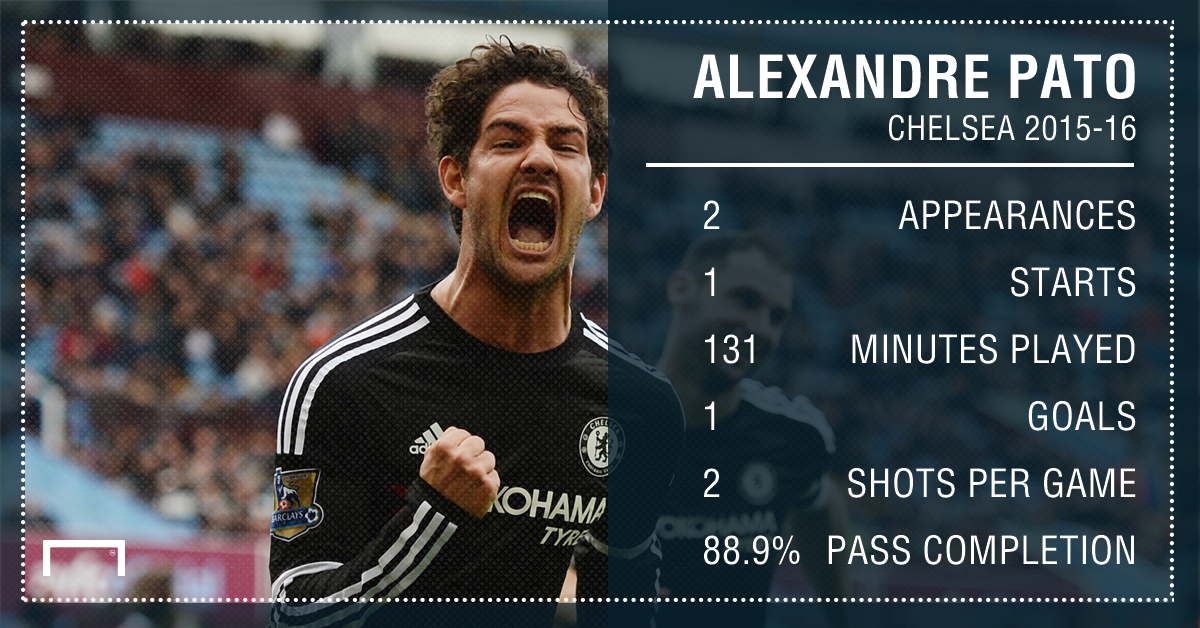 Pato will be patient over finding the right club and could wait until January when his Corinthians contract expires, leaving him available on a free transfer.

He joins fellow loan striker Radamel Falcao in having been shown the door while Loic Remy's future remains in doubt and Atletico Madrid have been linked with Chelsea's star striker, Diego Costa, though Goal has been told that the club wants to keep him.