The coach is eager to reunite with his former players at Allianz Arena, with Real Madrid reportedly open to their sales

The Italian trained the pair during his time in the Spanish capital and is understood to have told Bayern official Karl-Heinz Rummenigge that he would like to reinforce the Bavarians with their signatures.

Benzema would be Ancelotti's preferred candidate to replace Robert Lewandowski should the Pole move the other way, with los Blancos ready to release their primary goalscorer due to his connections with the blackmail attempt of Mathieu Valbuena.

Meanwhile, Bayern would attempt to secure Rodriguez at a fee significantly lower than his €80 million release clause given his troubles on and off the pitch this term.

Madrid patron Florentino Perez's patience is understood to have worn thin with the Colombian due to his reported diet and love of the nightlife, his new wage demands as well a recent speeding incident.

The Liga giants' successful bid for Chelsea's Eden Hazard in the summer would faciliate the exit of Rodriguez. 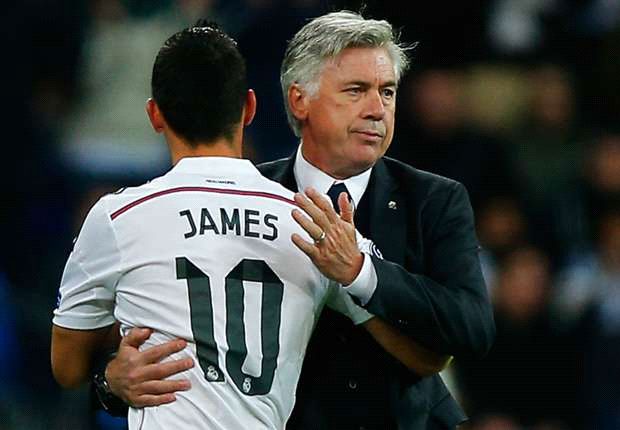