By Mark Doyle
The Chinese Super League has emerged as a major financial power over the past month, Roma cleared plenty of dead wood, but Barcelona's pursuit of Nolito was embarrassing
The January transfer window slammed shut on Monday after another month of ups and downs for the game's top players and clubs. Below, Goal picks out three winners and three losers from the latest comings and goings across the globe.

Do you agree with our selection? As ever, feel free to air your thoughts in the comment section! 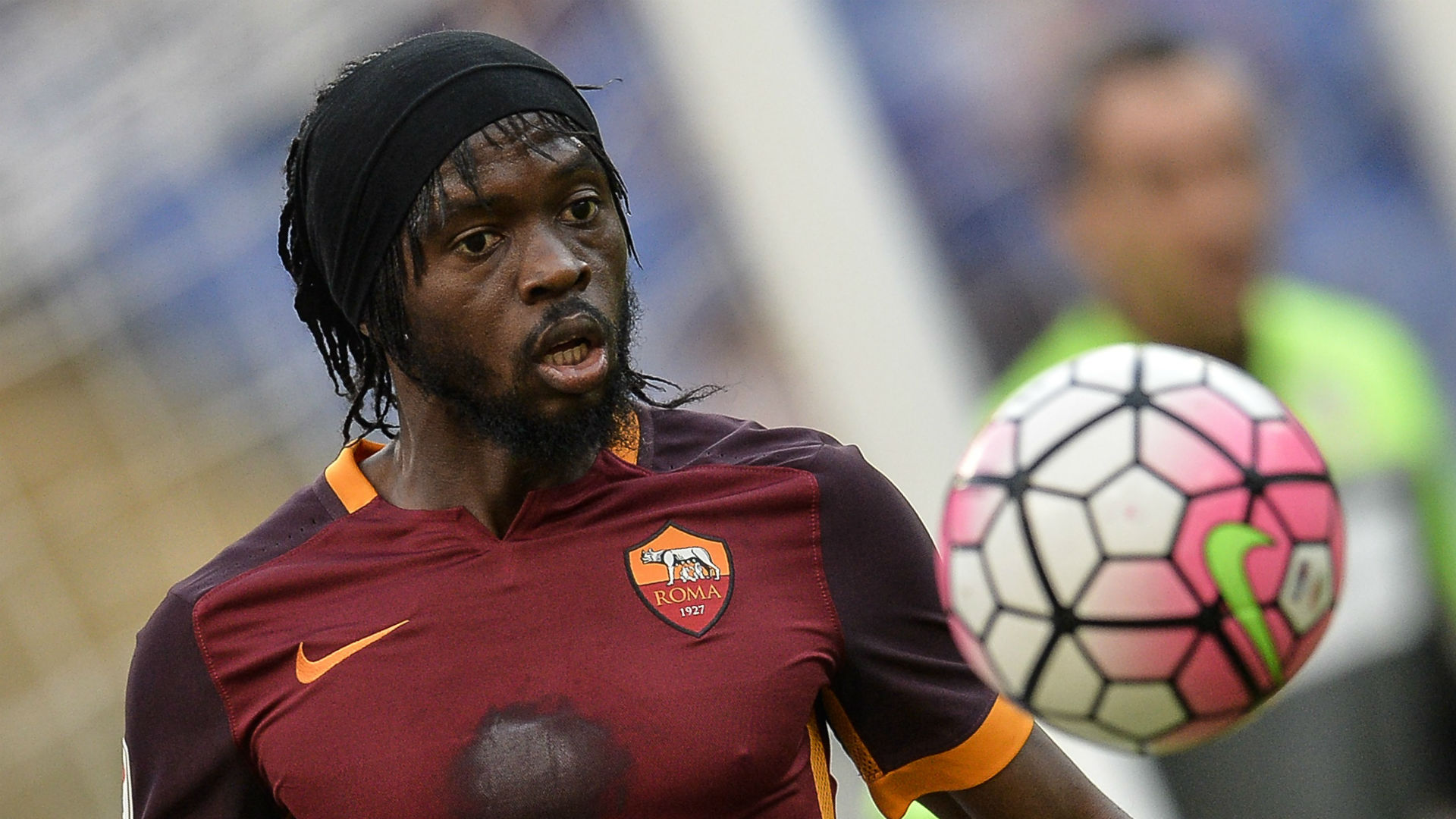 The staggering sums of money spent by Chinese clubs has been the most interesting aspect of an otherwise dull January transfer window. The most high-profile deals were for Fredy Guarin, Gervinho and Ramires. Of course, the fees involved dominated the headlines, with Colombia international Guarin joining Shanghai Greenland Shenhua for €13 million, Hebei China Fortune paying Roma €18m for Cote d'Ivoire attacker Gervinho and Jiangsu Suning splashing €28m on Ramires, the Brazil international who played a key role in Chelsea's 2012 Champions League triumph.

However, what is really significant is that all three players are under 30. The Chinese Super League has effectively managed to persuade three footballers to leave Europe while still in their prime years. It would be premature to suggest that we are witnessing a sudden and dramatic shift in power within the global game but Chinese clubs have shown in spectacular fashion that they have the financial muscle to become major players in the transfer market.

Indeed, the greatest demonstration of their burgeoning wealth is the fact that not only does the Chinese Super League rank second only to the Premier League in terms of money spent this winter, the country's second tier, China League One, sits fourth in the standings - above both the Bundesliga (5th) and La Liga (6th)! 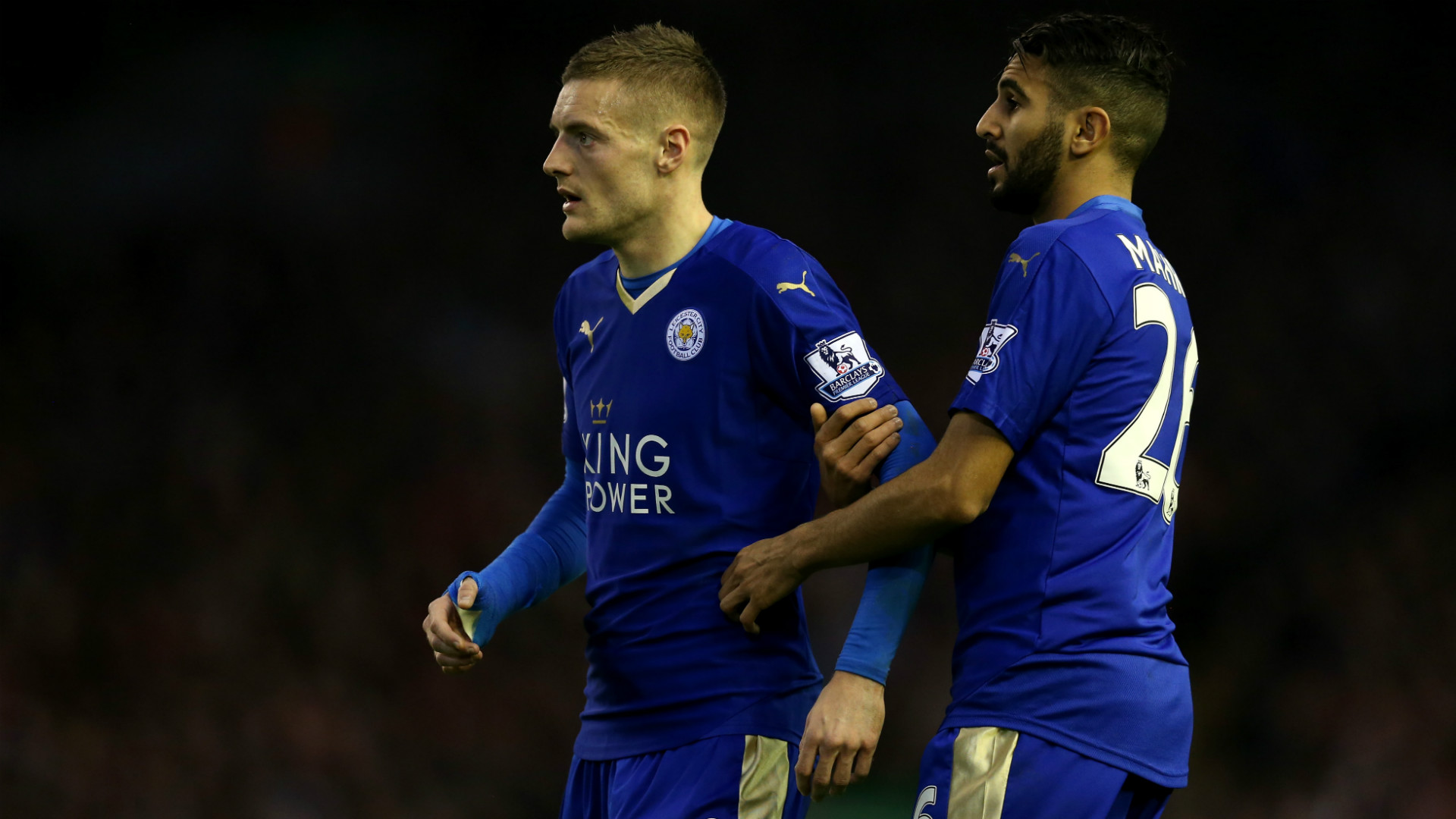 The major fear among Leicester City supporters - and lovers of fairytales everywhere - was that Claudio Ranieri's men had actually performed too well during the first half of the season and that they would be the subject of massive bids during the January window. Thankfully, despite widespread interest in the sensational exploits of star strikers Jamie Vardy and Riyad Mahrez, as well as midfielder N'Golo Kante, the Foxes have managed to hold on to all of their key players.

There is some disappointment at the failure to add another attacker, with Eder having opted to join Inter rather than Leicester after both clubs had bids accepted for the former Sampdoria forward. But Ranieri will be nonetheless delighted, given his table-topping squad has still been strengthened by the additions of Daniel Amartey and Demarai Gray, from Copenhagen and Birmingham City, respectively.

All things considered, with Leicester having retained the services of their key protagonists, this remarkable story could easily have a very happy ending. 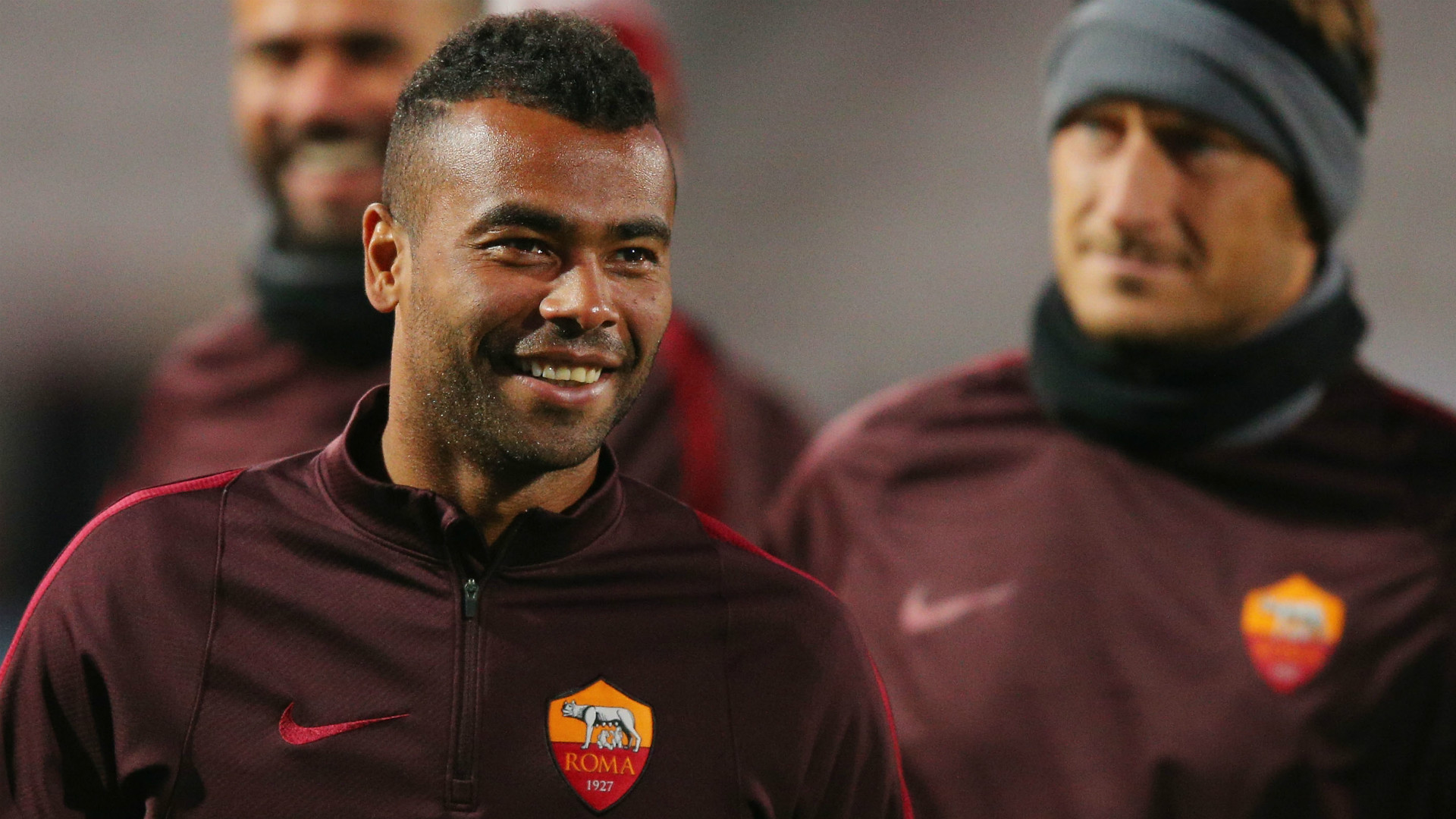 Roma could perhaps have done with a few more quality signings but as an exercise in clearing out the dead wood, their January was an unqualified success. Gervinho had his moments during his time at the Stadio Olimpico but making a €10m profit on such a maddeningly inconsistent performer cannot be considered anything other than an excellent piece of business. Furthermore, replacing the Ivorian with Stephan El Shaarawy, who has arrived on loan from Milan for €1.4m with a view to a permanent move in the summer for €13m, already looks like a masterstroke, with the Italian having netted a spectacular scorpion-kick on his Giallorossi debut at the weekend.

The capital club have also managed to get three money-sapping flops off their hands. Bournemouth and Newcastle have taken Juan Iturbe and Seydou Doumbia on loan, respectively, while the Giallorossi are no longer paying the wages of the Ashley Cole impersonator they signed on a free transfer 18 months ago. The former England international terminated his contract with the club and has now joined the LA Galaxy. 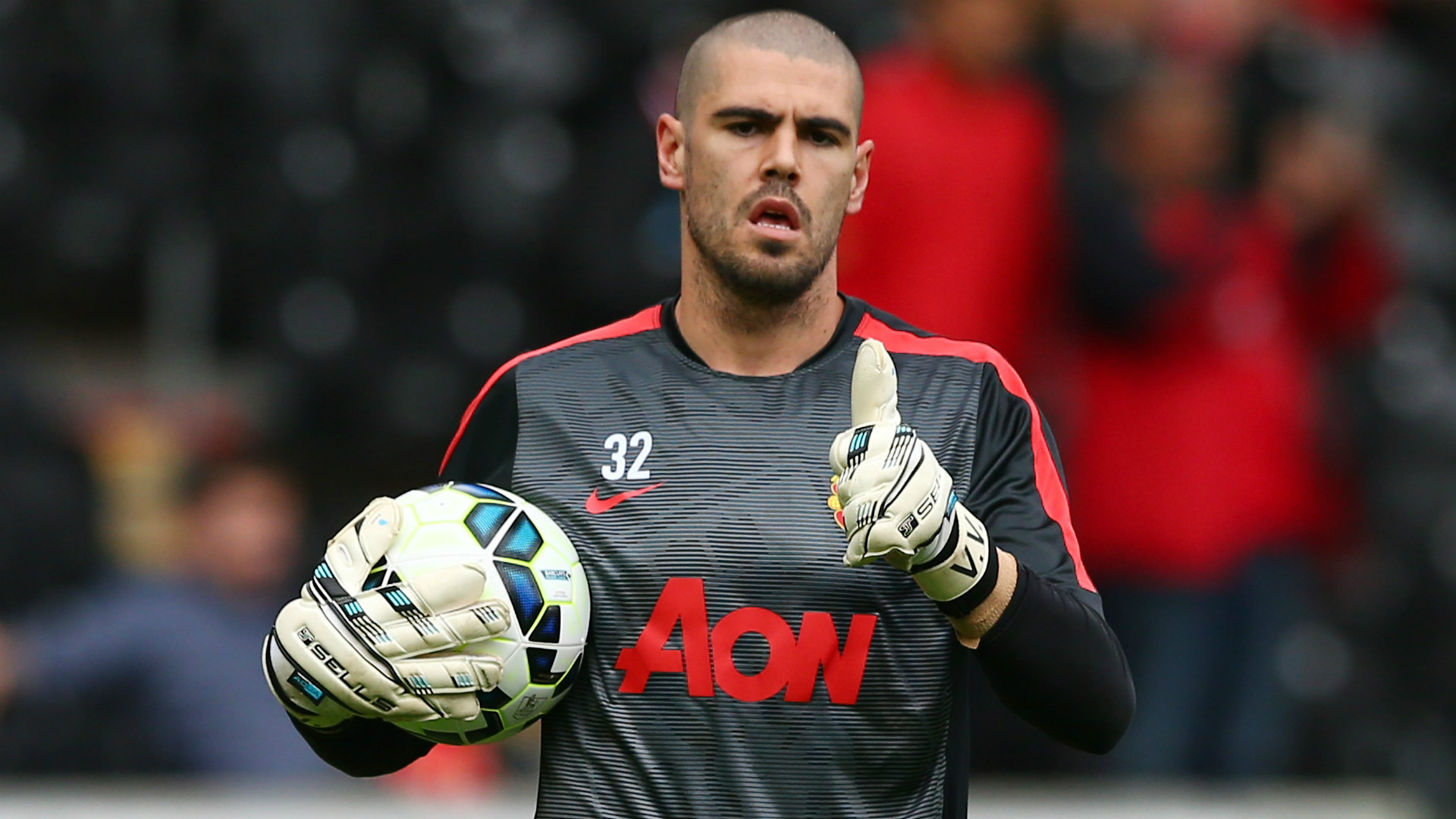 Victor Valdes is a wealthy man with a model for a partner and three Champions League winners' medals. He needs neither our sympathy nor our pity. However, there was something quite sad about seeing the world and European champion trudging along a muddy path to a run-down dressing room in Heverlee on Saturday to get ready for his Standard Liege debut. It just seems like a dreadful waste of experience.

Valdes, of course, is happy just to have finally got away from Manchester United boss Louis van Gaal. As he wrote on Instagram after helping his new club earn a 2-0 win over Oud-Heverlee Leuven: "[I'm] so happy [to] play again after eight months working alone."

However, it is shocking that Valdes, who has only just turned 34, is now plying his trade for a mid-table Belgian team. Of course, he could yet earn a move to a more illustrious league come the end of his six-month loan deal with Standard but how Valdes must now regret leaving Barcelona in the summer of 2014. 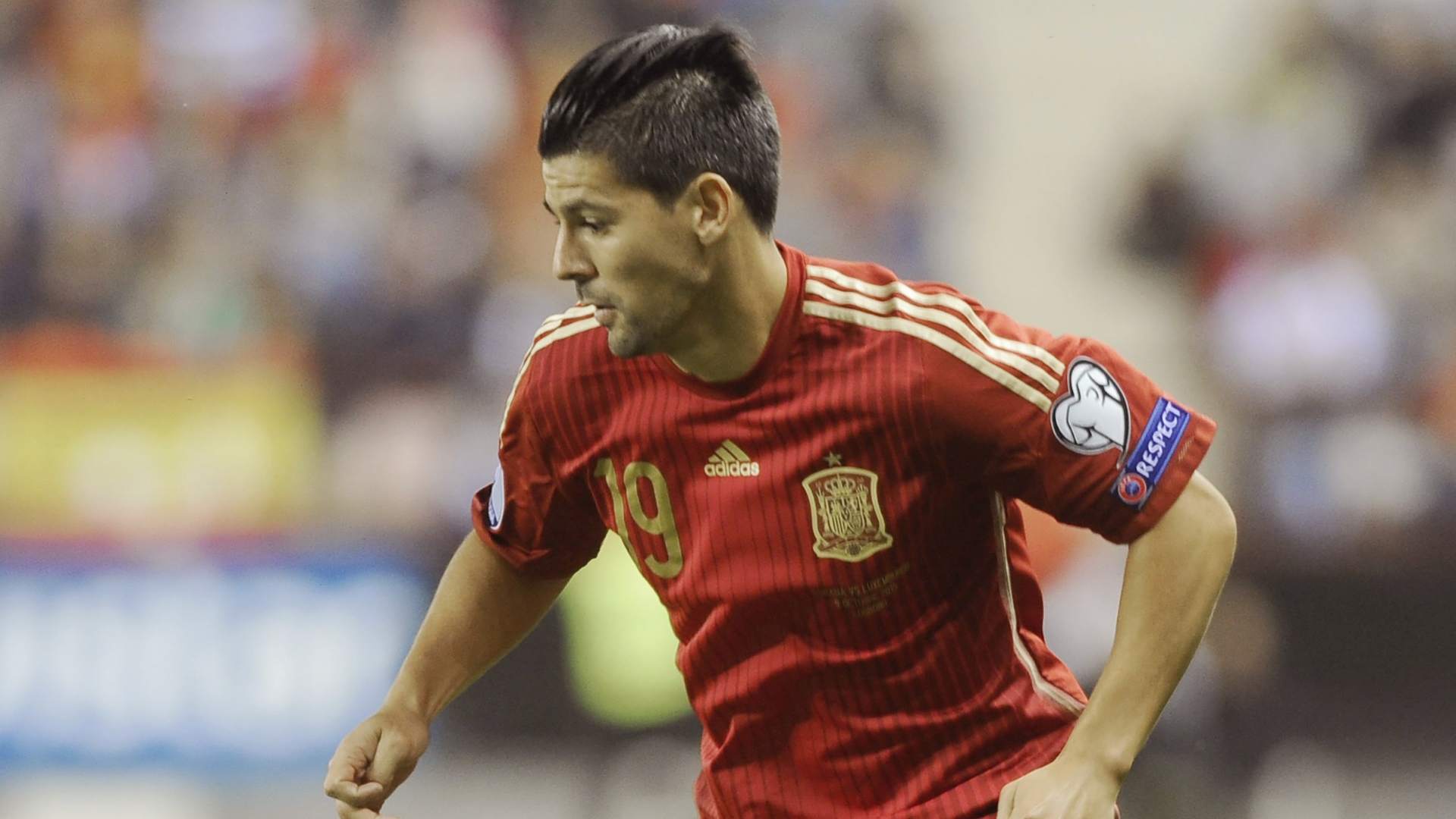 Joan Laporta labelled Barcelona's attempt to sign Paul Pogba from Juventus last year as "ridiculous", "a failure" that made the Catalans "look bad". One can only imagine what the former club president made of January's pursuit of Celta ace Nolito.

The Blaugrana's interest in the Spain international was understandable. However, their offer for the former Barca B team player was utterly nonsensical. For some reason, the European champions believed that Celta, who are chasing Champions League football, would be willing to allow their best player to move to Camp Nou on loan for the remainder of the season - for no fee. Barca even thought Celta would be touched by the offer to return Nolito to Galicia if he failed to settle into Luis Enrique's squad.

Celta unsurprisingly baulked at Barca's bid, making it clear that the forward would only leave Balaidos if a club agreed to meet his €18m buy-out clause. Given the world and European champions simply don't have that kind of money right now, the proposed deal was always doomed to fail.

Consequently, the Catalans were unable to provide Luis Enrique with the attacking cover he so desperately desired. Bizarrely, Barca seem more adept at signing players while banned from doing so! 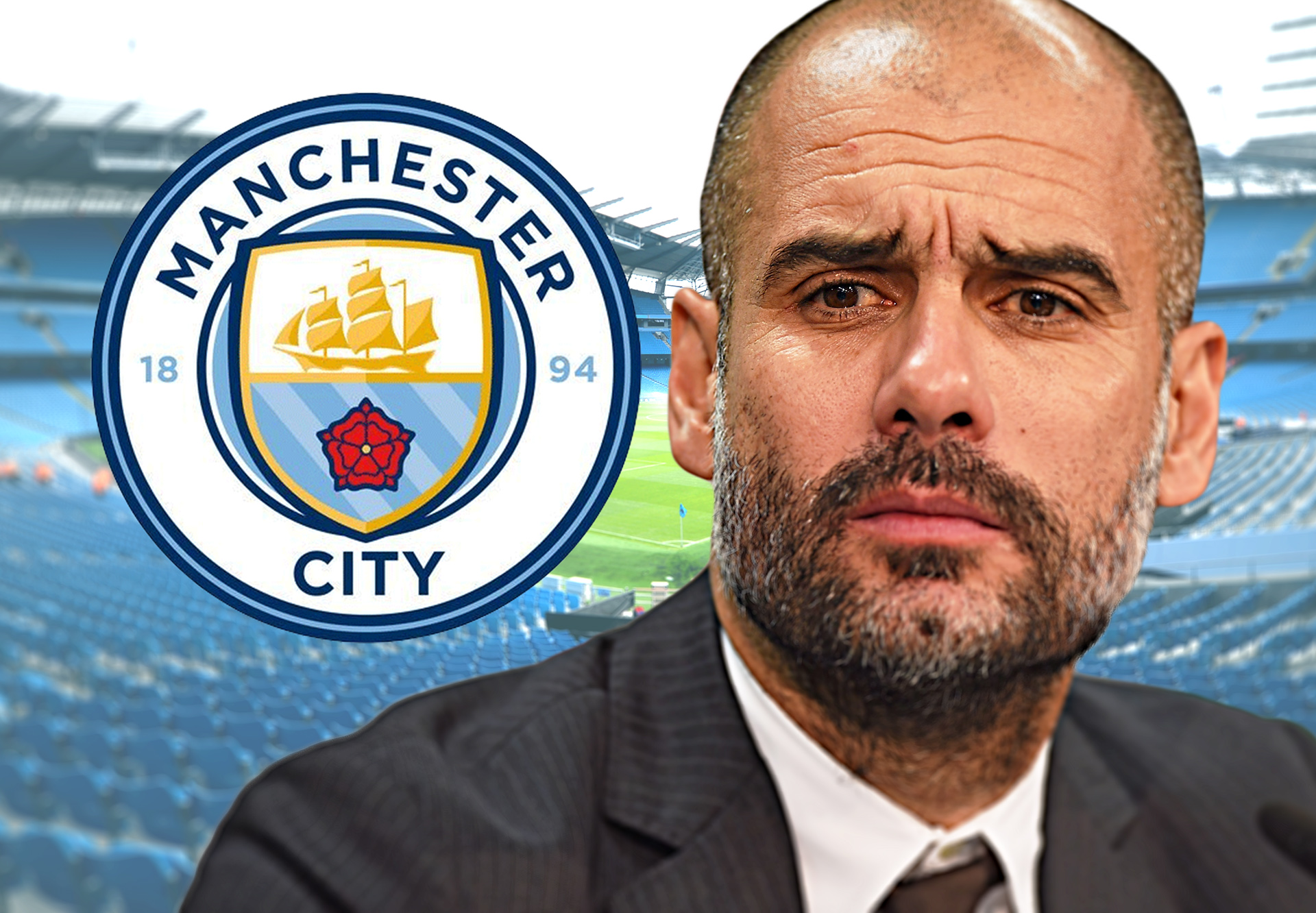 It says everything about the tedious nature of the January transfer window that the most interesting thing to happen on deadline day was the belated confirmation of the worst-kept secret in football: Pep Guardiola will replace Manuel Pellegrini as Manchester City boss at the end of the season. There really was little else to get excited about on what is supposed to be a day of dramatic deals.

However, it became quite clear by the midway point of the January window that there would be no major transfers among Europe's elite clubs. Even Real Madrid and Atletico Madrid remained calm, refusing to be rushed into panic-buys when it initially seemed that they would be banned from signing players for the next two windows.

Still, the summer promises far more intrigue, with the news that Guardiola is bound for the Etihad having already sparked giddy talk of the likes of Lionel Messi and Paul Pogba arriving at Eastlands. In addition, City's numerous cash-rich rivals will also doubtless be scared into making major moves at the end of the season, as the best coach in the world taking charge of one of the wealthiest clubs in the world means that the bar is about to be raised. Let's hope the excitement levels are too when the window reopens in a few months' time.